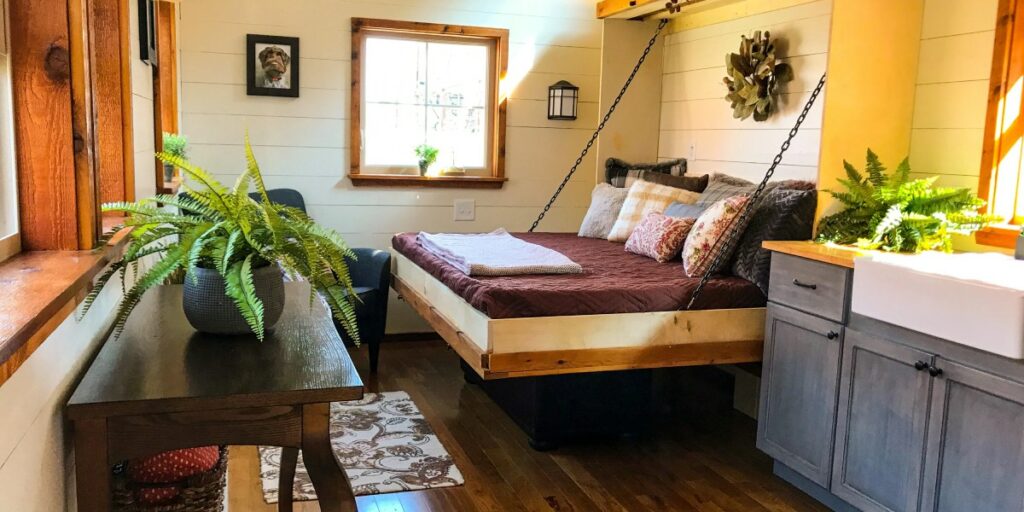 A local organization has launched a crowdfunding campaign to help build more affordable housing in the region. Sullivan-based Knight Affordable Housing Solutions has partnered with The Local Crowd Monadnock on the campaign, which aims to raise money to buy land and get designs and permits in place to build a community of 400-600 square-foot houses, according to a news release from the company.

Ben Knight, a Sullivan resident who owns the organization, said the goal for the campaign, which will last through Dec. 15, is $7,000, and he’s raised more than $1,500 since its Nov. 1 launch. He anticipates the overall project will cost close to $1 million and hopes to cover much of the remaining costs through state grants, investors, and his own personal funds.

“It’s a no-brainer,” he said. “Everyone talks about the housing crisis. This won’t be the solution, but it can be part of it.”

Affordable housing in the Granite State is hard to come by. According to a July 2022 report from N.H. Association of Realtors, the median sales price for a single-family home is $450,000, up 11 percent from the previous year.

Established in 2021, Knight Affordable Housing Solutions advocates for building smaller homes that are less expensive and easier to maintain, according to its website. Knight said this would be his first housing project.

For the project he is planning, each home would be built on its own plot of land – between a quarter and a half an acre – with private parking and yards as well as access to a shared community garden and recreation center.

Knight said he’s hoping to start with about eight units on two acres of land. Each home, with either one or two bedrooms, would be equipped with a kitchen and bathroom, he said. He’s hoping to procure land in Keene for the project but said he’s also open to looking at surrounding towns. The news release says the price tag for each house would be between $100,000 and $150,000.

Knight said he worked in accounting for 25 years, and though he now lives in a 1,200 square-foot house formerly owned by his grandmother, previously lived in a 160 square-foot tiny house on wheels that he built himself. This allowed him to live simply, and he said he wants others to have that experience too.

“This will help with the current housing crisis we find ourselves in by providing affordable options for disabled veterans, young folks just getting started, older folks on a fixed income, families with lower income, and anyone else just looking to live a simpler more affordable lifestyle,” Knight said in the release.

“My inspiration in general is that I want to help people,” he said. “I’m a minimalist. I fell in love with tiny houses, and this allows me to give back and help people.”

Jen Risley, program manager, said in an email Wednesday that the team at The Local Crowd Monadnock receives proposals from community members and judges each by its strengths, areas for improvement, and its overall importance for the Monadnock Region.

“Once accepted, each campaign team goes through training to learn about both [the] art and science of launching a successful crowdfunding campaign,” Risley said.

Part of the reason why The Local Crowd Monadnock is partnering with Knight on his campaign, she said, is because affordable housing is a crucial building block to aid in developing a stronger local economy in the region.

Those who donate can receive prizes based on how much money they give, from introductory lessons on building or upgrading a house with a $50 donation, to reserving a spot in the small-house development for a $1,000 donation.

Anyone wishing to donate can do so through Dec. 14 at The Local Crowd Monadnock’s website, or by mailing a donation to Knight Affordable Housing Solutions at 26 Heights Lane in Sullivan.