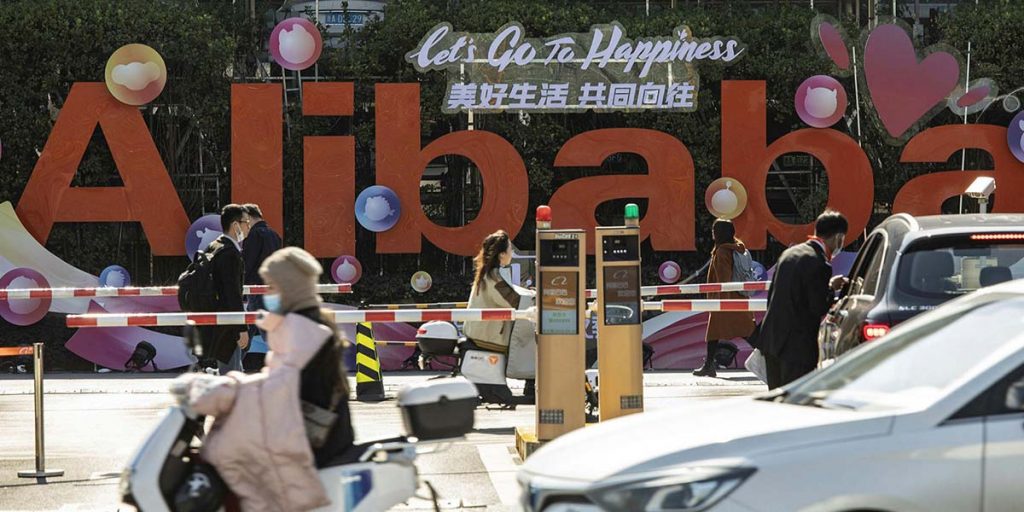 Alibaba shares have slumped by more than 10% in Hong Kong trade after the Chinese online retail giant warned of a slowdown in consumer spending.

The company forecast that its annual revenue would grow at the slowest pace since its stock market debut in 2014.

The company also said it expects its annual revenue to grow by between 20% to 23%, lower than analysts’ forecasts.

Alibaba chief executive Daniel Zhang told investors that increasing competition and slowing consumption in China were the main causes for the weaker growth.

Chinese shoppers have become more cautious about spending, with new coronavirus outbreaks, power shortages, and concerns about the property market weighing on sentiment.

The latest figures do not include sales from this month’s Singles Day, or “11.11 Global Shopping Festival”, the annual shopping festival.
This year’s Alibaba’s usually glitzy event was a more toned-down affair than previously after Beijing cracked down on businesses and China’s economic growth slows.

Alibaba has come under intense scrutiny from Beijing as tough new rules have been imposed on the country’s big technology companies.

Earlier this year, it paid a record $2.8bn fine after a probe found that it had abused its market position for years. Alibaba also said it would change the way it conducted its business.

The company’s shares have lost more than a third of their value so far this year.