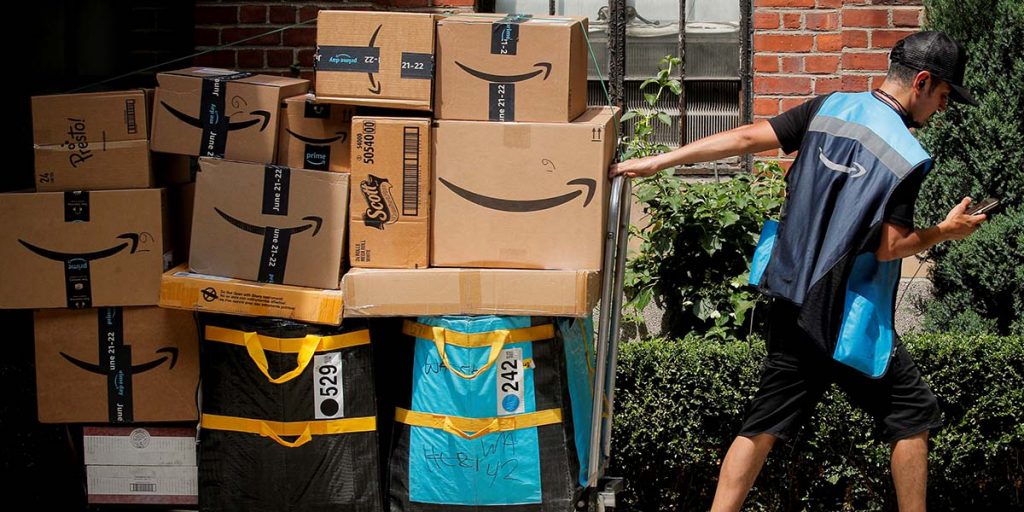 Labor shortages have cut into Amazon.com Inc’s (AMZN.O) plan to make one-day delivery standard for members of its Prime loyalty club, delaying its bid to cement its lead in e-commerce and sending costs surging ahead of the all-important holiday season.

Seattle-based Amazon said it anticipates $4 billion in additional labor and related expenses during the fourth quarter, amid pandemic-fueled shortages that made it harder to hire warehouse workers and drivers, and forced it to route packages to out-of-the-way warehouses with sufficient staffing.

In April 2019, Amazon announced it would roll out one-day delivery for Prime subscribers, and it said that would cost the company $800 million in the second quarter of 2019 alone. Its race to faster shipping forced Walmart Inc (WMT.N) and other retailers to speed up delivery and invest in e-commerce offerings, bolstering competition.

Amazon continues to charge $119 a year for a U.S. Prime membership, which includes shipping.

On Thursday, Amazon Chief Financial Officer Brian Olsavsky said, “we have unfinished business on the one-day-promise side. We were ramping that up nicely in 2019 and in the first quarter of 2020 before the pandemic,” he said, referring to one-day shipping. “We’re still not back to levels that we saw pre-pandemic.”

Olsavsky said labor constraints have “not helped us close the gap” in offering Prime customers default one-day shipping, but the company hoped for an improvement next year.

As shoppers resume spending on entertainment and travel, Amazon is grappling with stiff competition not only for share of wallet, but for employees.

Michael Pachter, an analyst at Wedbush Securities, said Amazon had little choice but to pay up for workers because it needs warehouses near high-cost urban centers to speed goods in a day to nearby customers.

“Their sales are in population centers, which by and large means they’re having to pay competitive wages,” he said. “They really can’t control it. The model is, order on Amazon and you’re going to get it soon.”

Companies across the retail landscape also are struggling to find workers to do physically demanding warehouse work – especially as restaurants, stores, and entertainment venues rehire. In New York City, some Amazon warehouse workers are pushing for more pay and protections through a potential union vote.

Drivers are also in demand.

Amazon previously said it plans to add 150,000 seasonal jobs in the United States, where lures for warehouse workers and other roles include average starting pay of more than $18 per hour and sign-on bonuses of up to $3,000.