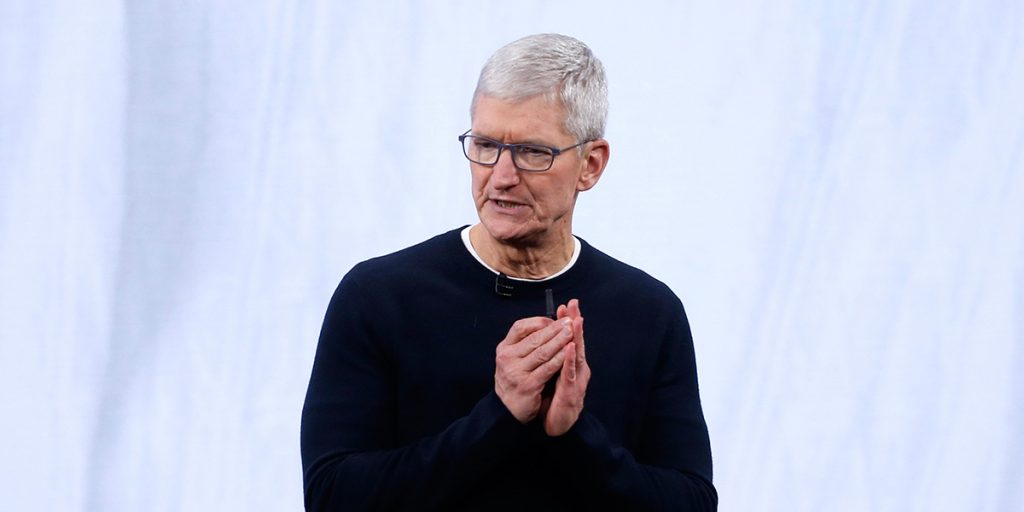 A company filing with the US Securities and Exchange Commission (SEC) watchdog shows that he sold most of the shares for more than $750m (£550m).

It is part of a deal he struck when he took over from co-founder Steve Jobs.

The award depended on how well Apple’s shares performed compared to other firms on the S&P 500 stock index.

According to Apple’s filing with the SEC, Mr. Cook was eligible for the award as the company’s shares had risen by 191.83 percent over the last three years.

It also noted that Apple’s share price has increased 1,200 percent since he became chief executive on 24 August 2011.

The company behind the iPhone, iPad, and MacBook now has a market valuation of almost $2.5tn.

Last year, Mr. Cook agreed to a new pay package that runs to the end of 2026.

A SEC filing also showed that earlier this week Mr. Cook donated almost $10m worth of Apple shares to charity, without naming the recipient.

In 2015, Mr. Cook said he would give away his entire fortune before he dies, and is known to have donated tens of millions of dollars to charity.

He currently has a net worth of around $1.5bn, according to the Bloomberg Billionaires Index.

Mr. Cook has often spoken publicly about his concerns over issues including HIV and Aids, climate change, human rights, and equality.

He follows other mega-rich US business people who have said they would give away all or a significant portion of their fortunes in their lifetimes.

In 2010, Microsoft co-founder Bill Gates and investment veteran Warren Buffett launched the Giving Pledge, which called on billionaires to give away at least half of their fortunes.

Earlier this year, Mr. Buffett donated to charity another $4.1bn worth of shares in his company Berkshire Hathaway.

ApplePay Out
Previous ArticleApple Will Take A Smaller Cut Of Publishers’ Sales If They Join Apple NewsNext ArticleUPS Mandates COVID-19 Vaccination For Employees In Some U.S. Locations