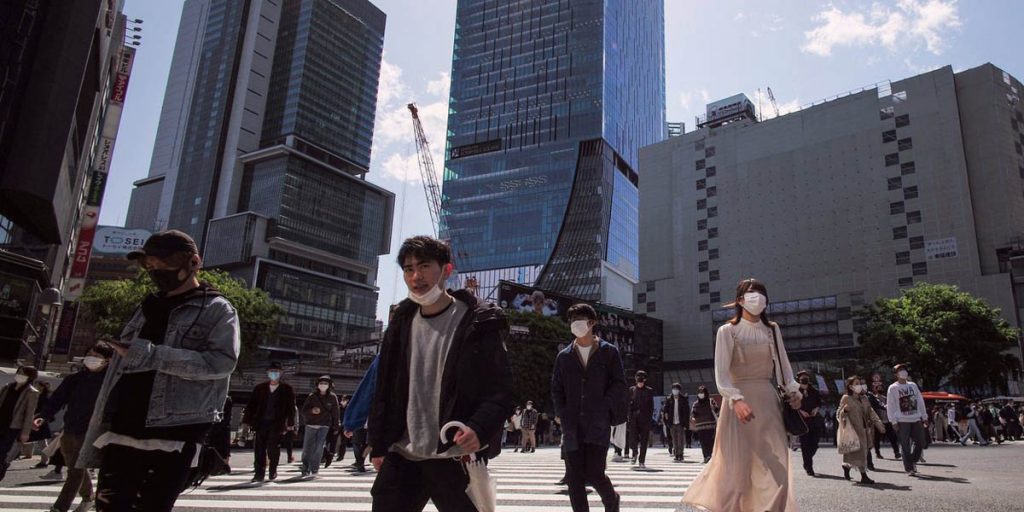 Shares were mixed in Asia on Thursday after benchmarks closed broadly lower on Wall Street in a third day of retreat.

The price of bitcoin and other cryptocurrencies declined further. Stocks rose in Tokyo and Sydney but fell in Hong Kong and Shanghai.

Japan’s government reported that exports rose 38% in April from a year earlier while imports climbed nearly 13%, indicating a recovery in overseas demand even as the country weathers its worst bout of coronavirus outbreaks so far.

Exports to the U.S. rose 45% while those to China jumped nearly 34% in a strong rebound after last year’s shocks from lockdowns and other precautions taken to curb the pandemic.

That the headline out of China rattled crypto investors suggests the market was already weak, said Willie Delwiche, investment strategist at All Star Charts.

“If bitcoin had been holding up better, a headline like that would be dismissed more readily, but it comes at a time when bitcoin was already well off its highs,” he said. “It gave people who were looking for a reason to sell cover.”

In other trading, U.S. benchmark crude oil added 11 cents to $63.46 per barrel in electronic trading on the New York Mercantile Exchange. It dropped $2.50 on Wednesday to $63.35 per barrel. Brent crude the international standard for pricing, rose 9 cents to $66.75 per barrel.