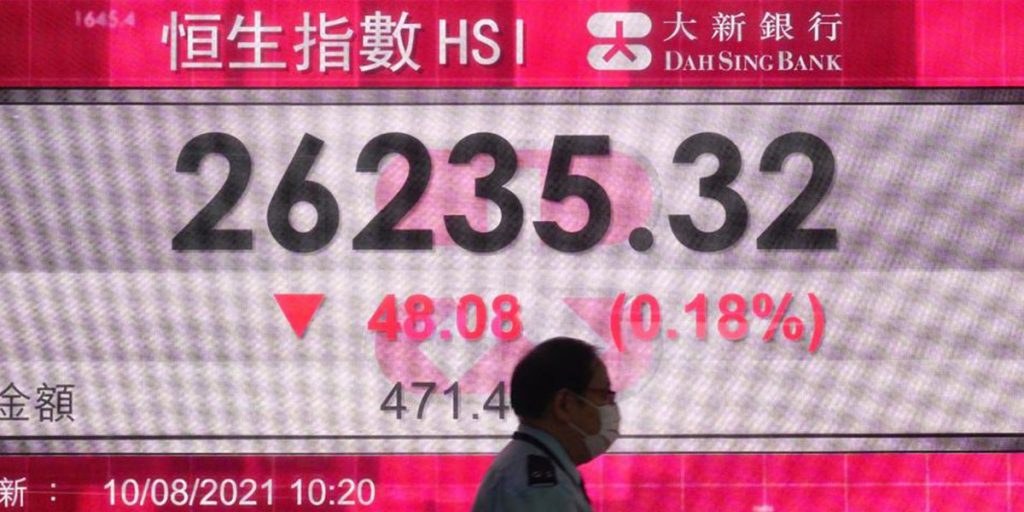 Asian shares were mixed Tuesday as optimism about a gradual economic recovery from the coronavirus pandemic was tempered by worries over the variants spreading rapidly in some nations.

While investment sentiment was buoyed by recent announcements from companies in Asia that their earnings were holding up relatively well, investors remain concerned about rising infections and possible lockdowns or other measures that will curb economic activity.

“The aggressive spread of the delta variant has authorities struggling to strike a balance between containment measures and some kind of return in economic activities,” said Venkateswaran Lavanya at Mizuho Bank in Singapore.

Parts of Japan, including Tokyo, the capital, remain under a state of emergency as surging cases of COVID-19 put more patients in already overburdened hospitals. The emergency measures set by the government focus on closing eateries at night and not serving alcohol.

On Wall Street, technology and energy companies led stocks lower, easing the market back from its recent all-time highs. The S&P 500 slipped 0.1%, erasing an early gain. Technology companies accounted for a big share of the decline. Industrial and consumer-centric stocks also fell. Those losses outweighed gains in health care companies, banks, and elsewhere in the market.

Energy companies slumped the most among S&P 500 stocks as the price of benchmark U.S. crude oil fell 2.6% to its lowest levels since May. The move lower follows a decline of 7.7% last week. Occidental Petroleum shed 3%.

Every major index was coming off weekly gains last week, which ended with record highs for the S&P 500 and the Dow Jones Industrial Average.

The modest pullback is another example of the volatility the market has seen amid uncertainty over the impact COVID-19 variants will have on the economy and the Federal Reserve’s next monetary policy moves, said Sylvia Jablonski, chief investment officer at Defiance ETFs.

“People who got in and saw some of the stocks that they hold at all-time highs on Friday, perhaps they’re selling a little bit off today and might be opportunistically trading some of this volatility,” she said.

Bond yields moved higher. The yield on the 10-year Treasury rose to 1.32% from 1.28% late Friday. Bond yields tend to move with expectations for the economy and inflation.

The latest round of corporate earnings is winding down, and nearly 90% of companies in the S&P 500 have reported their latest results. The reports have been mostly solid. Tyson Foods jumped 8.7% for one of the biggest gains in the S&P 500 Monday after handily beating Wall Street’s profit forecasts.

Analysts expect the U.S. and global economies to continue growing, but have cautioned that the resurgent virus could slow down the pace.

“That’s one part of the story and that could be holding back” the stock market, said David Kelly, chief global strategist at JPMorgan Funds. “We don’t really have a handle on how bad the delta variant might get.”

Investors have been taking in a steady stream of encouraging economic reports. The latest from the Labor Department shows that U.S. employers posted a record 10.1 million job openings in June. That follows Friday’s report that the economy generated 943,000 jobs last month and the unemployment rate fell to 5.4% from 5.9% in June.

The solid jobs figure also raises some concerns about wage inflation and the pace of economic growth.

“We’re burning our way back to full employment fast,” Kelly said. “Once we get there the economy is going to slow down.”

The latest figures also raise concerns about inflation fueled by the improving job market, as employers are potentially forced to raise wages to fill jobs.

Investors will get another piece of data on inflation when the U.S. Labor Department releases its consumer price index for July on Wednesday. Wall Street is still trying to gauge how much inflation might rise as the economy recovers and whether that will push the Federal Reserve to trim back its support for the economy sooner than expected.