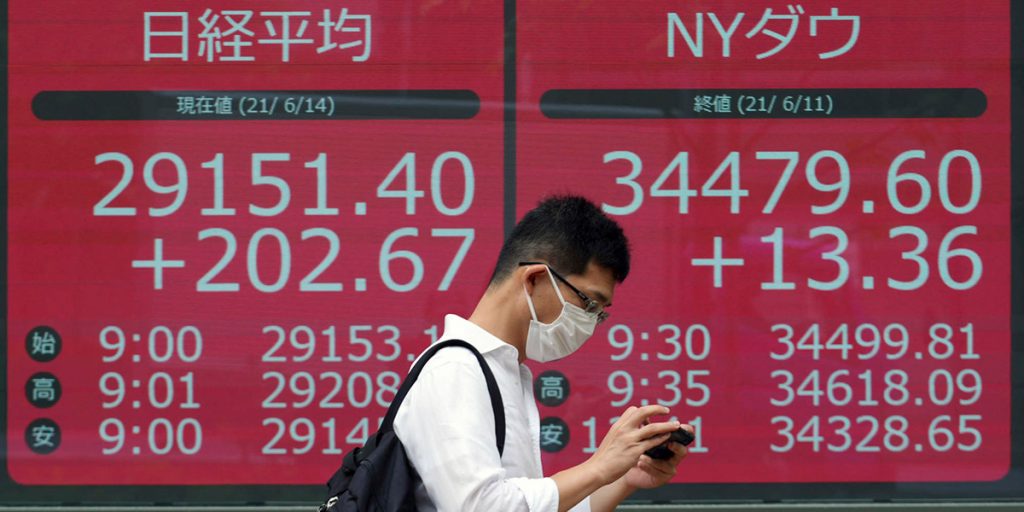 Asian shares rose early on Tuesday, tracking Wall Street higher, though investors looked to a much-anticipated Federal Reserve policy meeting to see if the central bank would signal any change to the U.S. monetary policy outlook.

An early driver was Australian shares <.AXJO>, which rose 1.03%, though Chinese blue chips (.CSI300) dropped 0.16% and Hong Kong (.HSI) fell 0.21%. All three resumed trading after being shut on Monday for a public holiday.

“We are still getting markets responding positively to the lower volatility in the bond markets and lower yields, and a sense that inflation will be reasonably temporary and the Fed won’t have to slam the breaks on,” said Kyle Rodda, market analyst at brokerage IG.

“I suspect in the next 24-48 hours we’ll see a lot of chop, first on the upside, then a little correction as the market positions itself, and then we’re off to the races if we get the green light from the Fed Thursday morning,” said Rodda.

Traders will look closely at any hints from the meeting’s final statement about whether and when the Fed plans to taper its bond buying programme, amid concerns from some quarters about inflation as the U.S. economy bounces back from the pandemic fallout. The two-day meeting starts on Tuesday.

Nearly 60% of economists in a Reuters poll expect a taper announcement will come in the next quarter, despite a patchy recovery in the job market. read more

“Whilst no immediate changes in monetary policy are anticipated, an increase in the share of FOMC members who think rates will need to increase in 2023 is expected,” analysts at ANZ wrote in a note to clients.

“If three more members pencil in rate rises for 2023, that would tip the majority in favour of moving rates relatively soon,” they said

Currency markets were quiet ahead of the meeting, with the dollar index , which measures the greenback against a basket of six currencies, broadly flat at 90.502 in early Asia trading.

Benchmark 10-year yields were 1.4872%, little changed from Monday, when they rebounded from Friday’s three-month low.

Even bitcoin was fairly quiet, fluctuating a little above $40 000. It rose on Sunday and Monday after Elon Musk said Tesla could resume accepting payment in the world’s largest cryptocurrency at some point in the future.