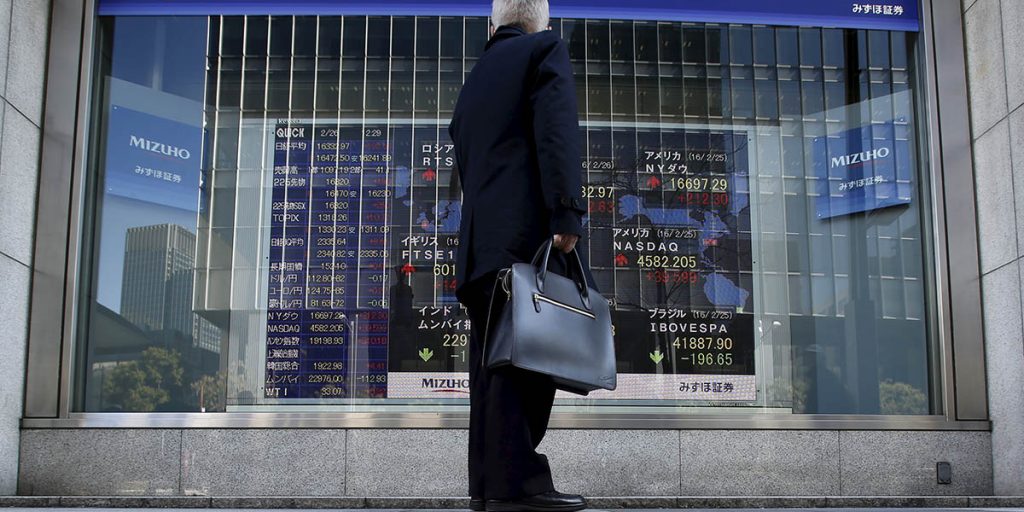 Investors, particularly in bond and currency markets, are also worried about varied responses by central banks worldwide to rising inflation.

MSCI’s broadest index of Asia-Pacific shares outside Japan (.MIAPJ0000PUS) was down 0.3% in early trading and was on track for a weekly loss of 1.3%, snapping three weeks of gains. Japan’s Nikkei (.N225) reversed early losses to trade flat.

Asian shares were weighed by a fall in Nasdaq futures (.NQcv1), which lost 0.73% as Apple Inc (AAPL.O) and Amazon Inc (AMZN.O) posted results after the close that missed expectations. read more

Strong profit outlooks earnings have been keeping equity markets afloat and inflation is more worrying for bond investors than equity investors, Craig said. “At the same time, you’re having not exactly clear messaging from the central bank responses around the world.”

However, China Evergrande Group’s shares opened up 1.2% following news that the cash-strapped developer had made payments for an offshore bond coupon ahead of Friday’s expiry of a grace period, meeting its second dollar-bond repayment obligation this month. read more

That target is central to the RBA’s case, and as uncertainty around its prospects grow, Aussie bonds have sold off sharply.

This sent the euro higher, gains it held in Asian hours on Friday at $1.1676.

“The European Central Bank has finally shifted its official communication on inflation from the broad denial of the summer months towards a much more balanced assessment,” said ING analysts.

Now all eyes are turning to the Federal Reserve, whose policy committee meets next week.

The dollar was weaker, largely on losses against the euro, with the dollar index , which measures the U.S. currency against other majors, at 93.381, just off its lowest level this month hit overnight.

The gap between 5-year and 30-year yields was 79.2 basis points, having narrowed to as little as 73.4 basis points overnight, its tightest since March 2020, due to heightened expectation of a rate hike by the Federal Reserve next year.

Oil was steady with Brent crude flat at $82.72 a barrel, though on track for its first weekly fall in eight weeks