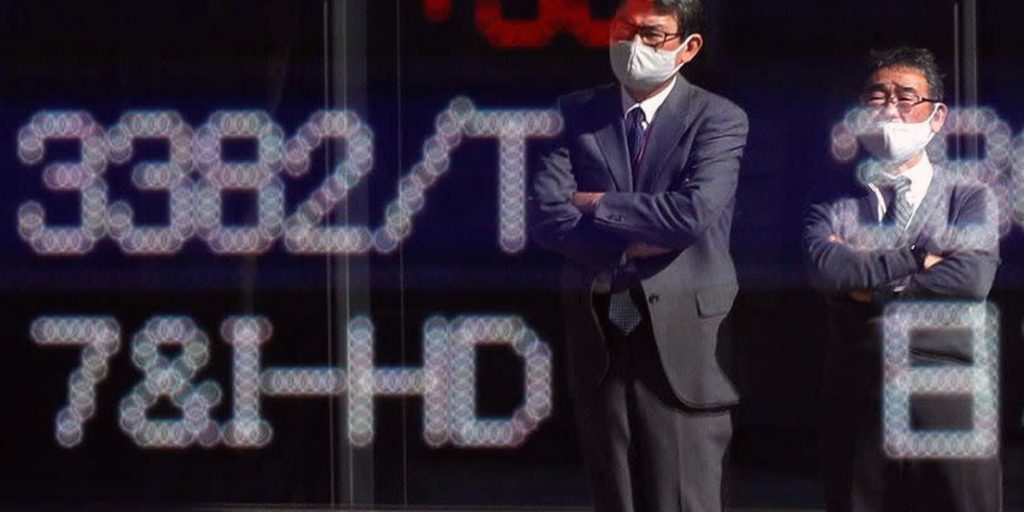 Asian shares inched higher on Friday but were set for a weekly loss, while the U.S. dollar hovered near two-month highs as investors continued to digest comments from the U.S. Federal Reserve projecting interest rate hikes in 2023.

While the Fed messaging indicated no clear end to supportive policy measures such as bond-buying, signals of faster-than-expected rate hikes indicated concerns about inflation as the U.S. economy recovers from the COVID-19 pandemic. read more

Gold prices, which plunged following the Fed comments, edged higher but were still set for their worst week since March 2020. Spot gold was last up 0.56% at $1,783.21 per ounce.

“What is pretty obvious is that the inflation genie is starting to sneak out of the bottle, and that will be a major driver of interest rates in the short to medium term,” said James McGlew, executive director of corporate stockbroking at Argonaut in Perth.

Hopes for a strong U.S. recovery pushed technology stocks higher on Thursday, lifting the Nasdaq Composite (.IXIC) up 0.87%. But worries about inflation and higher rates weighed on the broader market, with the S&P 500 (.SPX) edging down 0.04%. The Dow Jones Industrial Average (.DJI) fell 0.62%

“While wage-price dynamics and inflation expectations are sticking to the Fed’s script, if they were to go off script even a bit, policymakers will need to pull forward when they begin and how quickly they normalise monetary policy,” Mark Zandi, an economist with Moody’s Analytics, said in a note. “While this is a tricky balance the Fed must ultimately manage in every business cycle, it is happening much earlier in this one.”

Higher expectations of inflation continued to lift long-dated U.S. Treasury yields. Benchmark 10-year notes yielded 1.5226%, up from a close of 1.511% on Thursday.

The relatively strong dollar hit oil prices after they touched their highest level in years a day earlier, as concerns over demand and new Iranian supply also weighed.