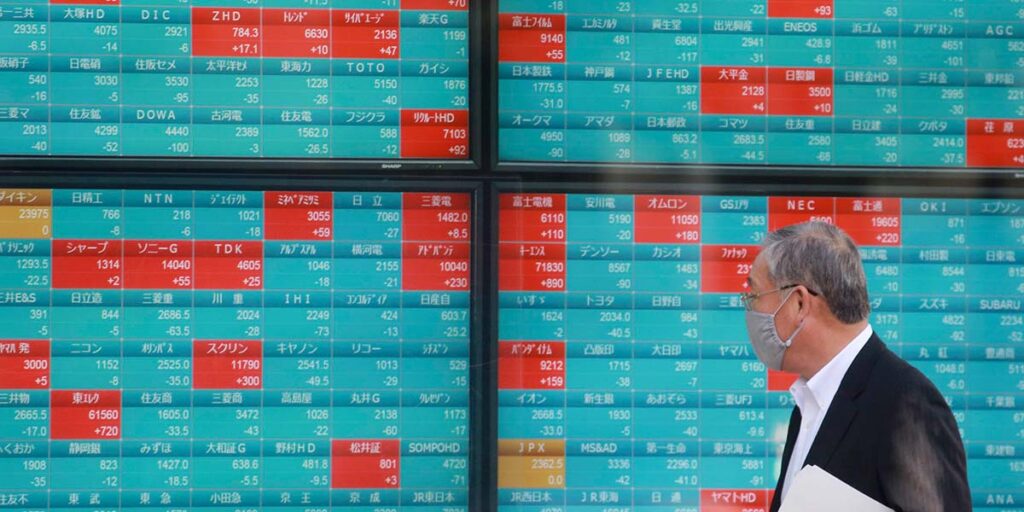 Asian stock markets fell further Monday after the omicron variant of the coronavirus was found in more countries and governments imposed travel controls.

Tokyo, Shanghai, Hong Kong, and Sydney declined, though losses were much smaller than Friday’s sharp decline after reports said the variant first spotted in South Africa appeared to be spreading around the globe.

“Financial market volatility will likely persist through this week,” said Venkateswaran Lavanya of Mizuho Bank in a report.

It is unclear whether the omicron variant is more dangerous than earlier versions, though the World Health Organization called it “highly transmissible.”

Governments have imposed new travel controls, fueling investor fears about possible setbacks in containing the pandemic that has killed more than 5 million people since the first cases in late 2019.

Japanese Prime Minister Fumio Kishida on Monday announced the government will halt as of Nov. 30 its recent change to its border control policies that had allowed foreign business travelers and trainees to enter the country after a long, pandemic-related hiatus.

The new variant has been found in Hong Kong, Belgium, and Tel Aviv, and South African cities including Johannesburg. The European Union, the United States, and Britain imposed curbs on travel from Africa. Israel banned entry by foreigners.

The omicron variant might complicate planning by central banks that are deciding when and how to withdraw stimulus that is boosting stock prices.

Investors were rattled last week when notes from the Federal Reserve’s October meeting showed officials said they were ready to consider raising interest rates sooner than planned in response to higher inflation. The Fed previously said its first rate hike might not come until late 2022.