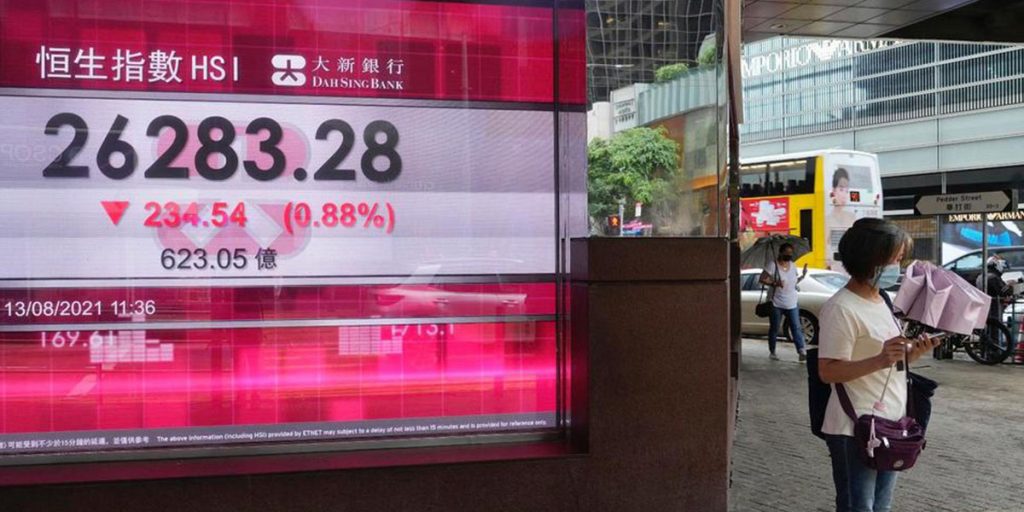 Asian stock markets were mixed Friday ahead of more regional economic releases that could hint at how the delta variant is affecting growth.

Japan and Thailand will report their economic growth for the second quarter next week. While traders won’t “pay much attention to this backdated GDP data,” they will watch how the delta variant is hitting the wider growth trajectory, ING analysts said in a report.

China will also release its industrial output and retail sales figures for July. This comes after the country’s services sector was shown to have rebounded ahead of a fresh COVID-19 wave.

“Industrial production will be watched after the July trade data release, which was regarded to be resilient but missed the consensus,” Lewis Cooper of IHS Markit said.

Over on Wall Street on Thursday, gains by technology and health care companies outweighed a pullback elsewhere in the market.

Traders worked through a mixed picture of economic data. The Labor Department said that jobless claims fell to 375,000 from 387,000 the previous week, another sign that the job market is healing from the pandemic.

At the same time, inflation at the wholesale level jumped a higher-than-expected 1% in July, matching the rise from the previous month,

In energy markets, benchmark U.S. crude lost 48 cents to $68.61 per barrel in electronic trading on the New York Mercantile Exchange. Brent crude, the price standard for international oils, gave up 44 cents to $70.87 per barrel in London.