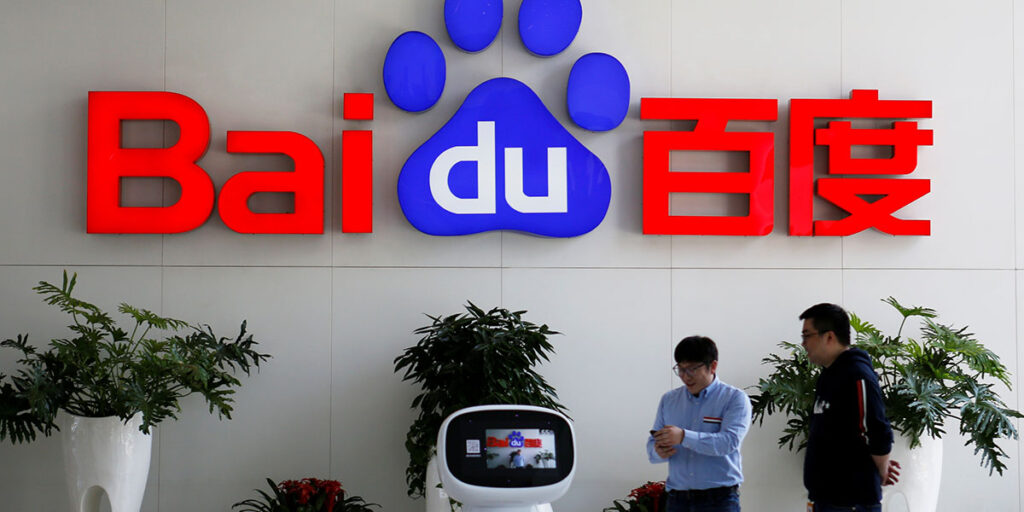 Baidu can start collecting robotaxi fares in a part of Beijing from Thursday, the Chinese tech giant told CNBC this week, marking a major step toward building its driverless taxi business.

The regulatory approval to support robotaxis in China comes as local governments in the U.S. have been progressing in a similar direction.

Approval from China’s capital marks the first time such a large city in the country has allowed companies to charge the public for robotaxi rides.

It sets the stage for other cities like Shanghai, Guangzhou, and Shenzhen to do the same, Wei Dong, vice president, and chief security operation officer, at Baidu’s Intelligent Driving Group, told CNBC in an exclusive interview.

He expects those cities to act later this year or early next year.

Effective Thursday, Baidu’s Apollo unit that runs the robotaxi business can collect fares from passengers taking one of 67 self-driving cars in Beijing’s suburban district of Yizhuang.

While the company did not disclose exact pricing, it said fares would be comparable with the premium level ride-hailing charges available through apps like Didi, which can cost twice as much as ordinary rides.

Baidu has offered free robotaxi rides in Yizhuang since October 2020. As of Wednesday, the robotaxi app, branded “Luobo Kuaipao,” showed a sample fare of 34 yuan ($5.31) for a 3-kilometer ride (1.86 miles) from Sam’s Club in Yizhuang to a nearby subway station.

So far, the novelty of a free, self-driving taxi has drawn several regular users in Yizhuang. Wei said more than 20,000 users each take at least 10 rides a month. It’s unclear how many will keep using the service when they have to pay for it, but Wei aims to get an additional 100 robotaxi cars verified each year.

From the U.S. to China, robotaxis are gaining traction with regulators who hold the keys to letting the public take driverless rides.

Self-driving taxi operators like Alphabet’s Waymo have been testing similar products in the U.S., primarily in California and Arizona. Waymo can charge the public for fares in a part of Phoenix, and its driverless vehicles don’t need a safety driver.

General Motor-backed Cruise said earlier this month it has applied with the California government for final approval to become the first robotaxi operator to commercialize fully autonomous rides in San Francisco. It’s not clear when Cruise will receive approval.

So far, Baidu can only offer public robotaxi rides when a human staff member is accompanying passengers.

The company has been testing fully autonomous driverless vehicles in Beijing.

Wei expects that in the next year or two, the regulatory momentum will likely broadly support the testing of fully driverless vehicles — those without safety drivers — on public roads.

The cost of a human driver accounts for about 60% of the user payment in ride-sharing, according to a Credit Suisse report last month.

On Nov. 16, Alibaba-backed autonomous driving company AutoX claimed its fully driverless robotaxis now operates in the largest single region in China — 168 square kilometers (65 square miles) in the Pingshan District of the southern city of Shenzhen. AutoX said it began in January to allow the public to sign up for robotaxi rides. It was not immediately clear whether there was a cost to ride.

Baidu’s permit for commercial autonomous vehicle operations covers a 60 square kilometer area, including a town called Yizhuang that’s home to many businesses such as JD.com’s headquarters. The region is about half an hour’s drive south of central Beijing.

The Beijing city government has also made Yizhuang a testing site for autonomous driving by allowing companies to trial their projects there. These include JD’s unmanned delivery vehicles and Baidu’s robotaxi cars.

Last week, Baidu CEO Robin Li said the company planned to expand its Apollo Go robotaxi service to 65 cities by 2025, and 100 cities by 2030. That’s up from five cities currently.

The company also announced its next generation of robotaxi vehicles would cost half the price to manufacture compared to the prior generation. The models are co-branded with three electric car makers: Chinese start-up WM Motor, Aion — a spin-off of state-owned GAC — and state-owned BAIC Group’s Arcfox.

Wei joined Baidu’s Intelligent Driving Group in May after seven years at Shouqi Limousine & Chauffeur, where he was CEO. The company operates a high-end version of Didi.

He said Baidu’s strategy for building a robotaxi business is to reduce the cost of self-driving technology and target specific user scenarios.

Rather than fully utilizing lidar technology — which requires costly sensors to create detailed maps before the robotaxi can operate — Wei spoke generally of using algorithms to increase efficient use of hardware.

On the consumer front, Wei said Apollo would focus on ways to give the user an experience beyond just a mode of transport — such as displaying the streets of Beijing from 20 years ago on the car windows, instead of the current street view.

Another strategy lies in finding ways to utilize the robotaxi for non-travel functions, such as a space for medical treatment or a public library, he said.

Although Apollo is just a small part of Baidu, its development falls in line with the CEO’s attempts to convince investors the broader company’s future lies in artificial intelligence and related areas such as autonomous driving.

The company’s fastest area of revenue growth in the third quarter was in “non-online marketing revenue,” up 76% from a year ago to 5.2 billion yuan ($806 million). Baidu attributed the growth to the demand for cloud computing and its other AI businesses.