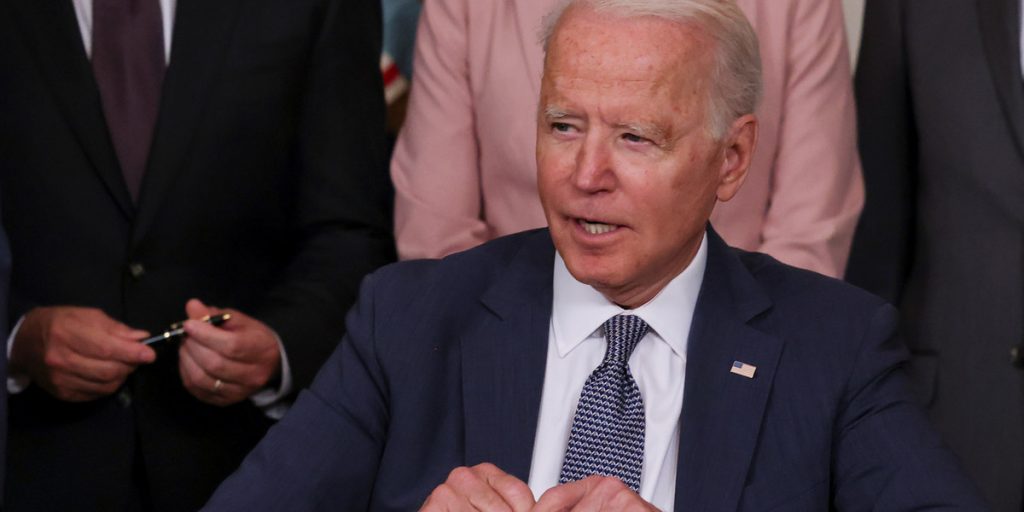 President Joe Biden signed a sweeping executive order on Friday to promote more competition in the U.S. economy, urging agencies to crack down on anti-competitive practices in sectors from agriculture to drugs and labor.

If fully implemented, the effort will help lower Americans’ internet costs, allow for airline baggage fee refunds for delayed luggage, among other steps.

The order instructs antitrust agencies to focus on labor, healthcare, technology and agriculture as they address a laundry list of issues that have irritated consumers, and in the case of drug prices, has bankrupted some.

“No more tolerance of abusive actions by monopolies. No more bad mergers that lead to massive layoffs, higher prices, and fewer options for workers and consumers alike,” Biden said at a White House signing ceremony.

The president noted areas where advocates feel that prices are too high, wages are tamped down or new businesses are excluded from competition. “Let me be very clear, capitalism without competition isn’t capitalism, it’s exploitation,” he said.

The White House says the rate of new business formation has fallen by almost 50% since the 1970s as large businesses make it harder for Americans with good ideas to break into markets.

Biden’s action goes after corporate monopolies across a broad swath of industries, and includes 72 initiatives he wants more than a dozen federal agencies to act on.

Lower wages caused by lack of competition are estimated to cost the median American household $5,000 per year, according to a White House fact sheet that cites research from the American Economic Liberties Project – an influential Washington-based anti-monopoly group.

The initiatives will no doubt kick off a series of fights with the affected industries.

The powerful U.S. Chamber of Commerce issued a statement saying the move “smacks of a ‘government knows best’ approach to managing the economy” and pledged to “vigorously oppose calls for government-set prices, onerous and legally questionable rulemakings, efforts to treat innovative industries as public utilities, and the politicization of antitrust enforcement.”

Among the administration’s plans to open up the U.S. economy are new rules to mandate ending excessive internet contract termination fees, allow hearing aids to be sold over the counter, and end non-compete clauses for millions of workers and many occupational licensing requirements.

Biden’s order pushes the Agriculture Department to act to stop what the White House called “abusive practices of some meat processors,” reacting to farmers and ranchers who sometimes say they face too few buyers for their animals.

The administration also seeks to make it easier for customers to switch banks and take their transaction data with them, and restore net neutrality rules that require companies to treat all Internet services equally.

Reuters first reported Biden’s plan to issue a competition executive order in late June and subsequently published stories on how it will impact industries such as farm equipment manufacturers, banking, rail, and sea shipping.

The executive order will direct the Department of Justice and Federal Trade Commission (FTC) to carefully review mergers and to challenge prior deals that have closed.

FTC Chair Lina Khan and the acting head of the U.S. Justice Department Antitrust Division, Richard Powers, said Friday that they would soon launch a review of merger guidelines to determine if they are “overly permissive.”

On prescription drugs, it aims to lower prices for consumers by allowing importation of drugs from Canada, where they are cheaper. It also urges the Department of Health and Human Services to draw up a plan to fight high drug prices and gouging.

Evercore/ISI analyst Michael Newshel said in a research note that the impact of allowing imports from Canada on pricing would be limited given Canada’s limited drug supply and that Canada has indicated in the past that it would not cooperate with any program. He said the government’s decision to turn to executive orders on drug pricing was surprising given ongoing legislative efforts in Congress.

The executive order also establishes a White House Competition Council, led by the Director of the National Economic Council and including many cabinet secretaries, to monitor progress.