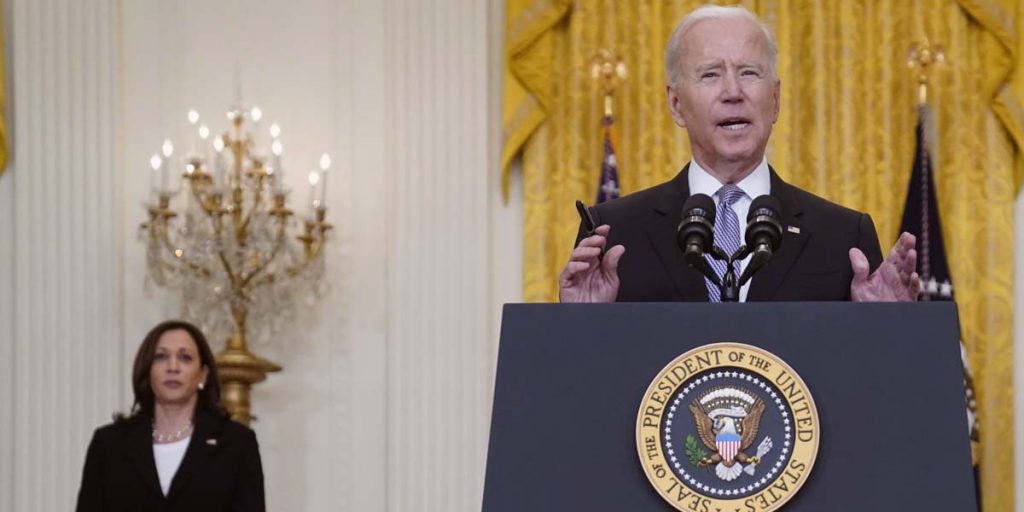 This marks the 23rd year of tax returns released by the Bidens. The return shows a dramatic decrease in income for Mr. Biden since he started running for president in 2019. After he was vice president, from 2017 to 2019, Mr. Biden made over $15 million, mostly from a book deal and speaking engagements.  However, it also indicates that if his proposed tax increases on the wealthy pass, the president could also be facing higher taxes moving forward.

The first couple reported $56,057 in itemized deductions on their return. It included $30,704 in gifts to 10 different charities. At the same time, the Bidens also took a $10,000 deduction for state and local taxes. While the White House has indicated it is open to repealing the cap if lawmakers come up with a way to pay for it, a repeal of the deduction cap would benefit Mr. Biden and the first lady, who would have been able to deduct more than $90,000 in state and local taxes. In total, the Bidens’ expected federal tax refund is $4,649.

As part of the Biden administration’s Build Back Better agenda, the president is proposing increasing the income tax bracket for the wealthiest Americans from 37% to 39.6%.

Neither former President Trump nor former Vice President Pence released their tax returns during their four years in office, a move that has led to the former president facing numerous legal battles over the returns throughout his time in office.