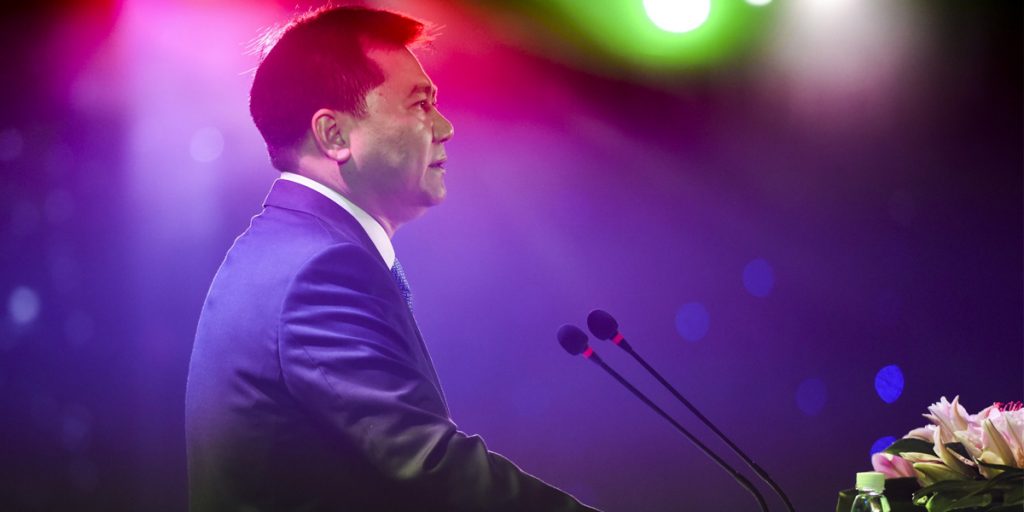 Zhang Jindong has stepped down as the chairman of Chinese retail giant Suning.Com Co. after losing control of his firm following a government-led bailout.

The company announced his resignation in a filing with the Shenzhen stock exchange on Monday, adding that Zhang will be appointed honorary chairman to guide the firm’s future growth. Zhang, 58, lost control of Suning when the business sold a 16.96% stake to a state-backed consortium for a $1.36 billion bailout last week.

Zhang’s resignation and the company’s rescue is the latest chapter in a remarkable rise and fall for a tycoon who was once one of China’s richest individuals with a fortune of more than $11 billion as recently as 2015. He not only built a vast retail group that gained backers including Alibaba, but also helped lead China’s global soccer ambitions abroad by purchasing a controlling stake of Italian team Inter Milan in 2016.

Zhang, who studied Chinese literature at Nanjing Normal University, founded Suning in 1990 and started out selling air conditioners. He transformed the company into a retail empire with stores in major Chinese cities. In 2015, Alibaba announced a $4.6 billion investment in a bid to combine its online capabilities with Suning’s bricks-and-mortar expertise.

Suning.com had a market value of about 52 billion yuan ($8 billion) before its trading halt. The retail business was weakened by a slowdown in spending during the pandemic. Concerns about its cash flow intensified in September, when Zhang waived his right to a 20 billion yuan payment from property developer China Evergrande Group.

The stock tumbled last month after a Beijing court froze 3 billion yuan worth of shares held by Zhang — representing 5.8% of Suning.com — and creditors agreed to extend a bond for Suning Appliance Group Co., which is owned by Zhang and fellow co-founder Bu Yang.

Zhang has a net worth of $1 billion, according to the Bloomberg Billionaires Index, down from a peak of $11.5 billion in June 2015.

In Monday’s announcement, the company said Ren Jun, a board member, will perform chairman duties temporarily. Zhang nominated his son, Steven, as a director.