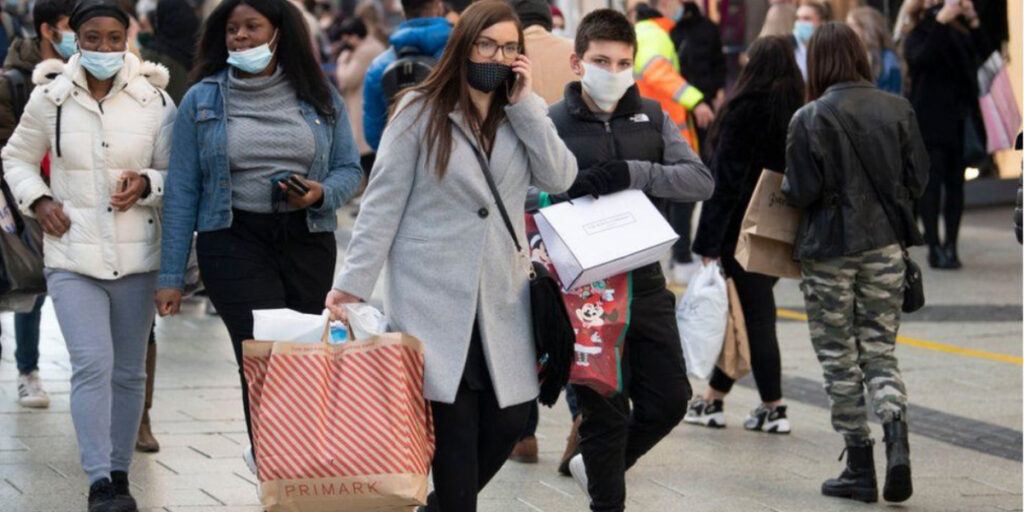 Black Friday sales are on track to beat the bumper shopping bonanzas of the last two years, the latest data suggests.

And the firm said there was a 2.4% rise in the volume of payments compared with the same period on Black Friday 2019.

Analysts PwC predict £8.7bn will be spent on Friday, twice the amount spent last year, during the lockdown.

The increase comes despite warnings to expect less generous discounts and some shortages.

Black Friday, which began in the US, sees retailers slash prices to entice shoppers ahead of the Christmas period.

It is officially on Friday 26 November but retailers’ campaigns span the whole month and started earlier than ever this year, with some in October.

Rob Cameron, chief executive of Barclaycard Payments, said Black Friday was off to a “strong start” despite the country’s economic challenges.

“As we reach the end of the Black Friday, it is great to see that the trend we have been seeing throughout the day has continued, and retailers will be happy that today’s trading figures have surpassed those secured in 2019.

“They will be hoping for this spending pattern to continue, not only in the last few hours of trading, and into Cyber Monday, but also in the run-up to the festive season.”

Metapack, a firm that connects major retailers with parcel delivery services, said data indicated that the biggest shipping days would take place on Monday and Tuesday, the same as last year.

PwC predicts about 60% of adults in the UK will make purchases, spending an average of £280 each.

But people are not only venturing out for shopping trips. On Friday, protestors gathered at Amazon buildings in the UK, US, and Europe, with unions, equality, and environmental groups saying Black Friday “epitomizes an obsession with over-consumption”.

Linda Ellett, head of consumer markets at analysts KPMG, said deals were likely to be worse this year as retailers struggled with global supply issues linked to the pandemic, and shortages of HGV drivers and warehouse staff.