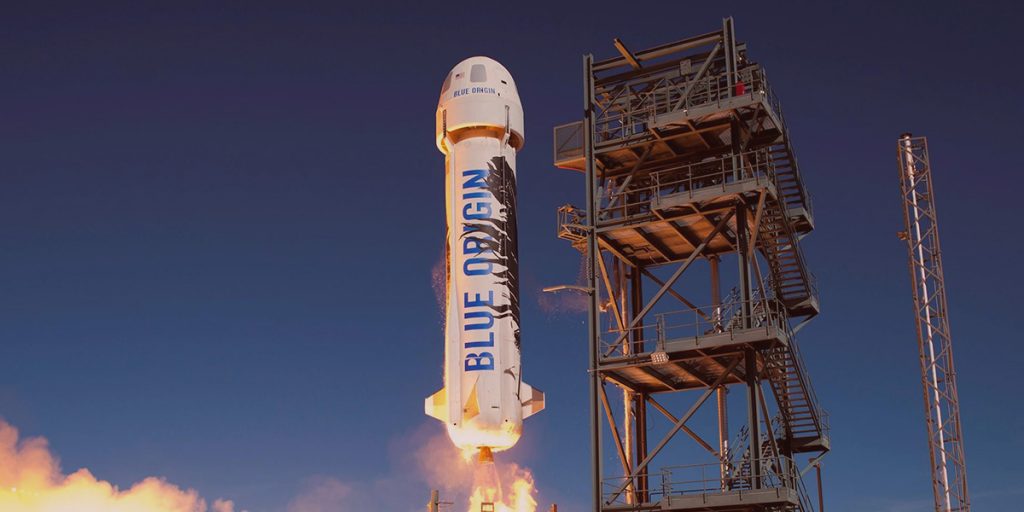 Blue Origin will attempt a historic first crewed spaceflight Tuesday (July 20), as the company attempts to launch its billionaire founder Jeff Bezos and a crew of three to kick-start a space tourist program for those who’ve always wanted to fly in space.

If all goes to plan, the company’s New Shepard rocket and capsule will take off for an 11-minute journey, launching and landing outside Van Horn, Texas at Blue Origin facilities, dubbed Launch Site One. The rocket will carry the spacecraft on a suborbital path before separating, allowing the crew to descend in their capsule under parachutes for a ground landing. Liftoff is set for 9 a.m. EDT (1300 GMT).

Crew member Wally Funk, 82, has been waiting for the longest flight opportunity. The Mercury 13 aviator tried six decades ago to join NASA’s astronaut corps but was excluded due to her gender and lack of military experience during an era when American women were excluded from military pilots. The first American woman in space, Sally Ride, didn’t reach orbit until 1983.

When Funk was asked in a CBS interview Monday (July 19) about her wait since she was a “twentysomething”, Funk joked that she still feels 24 years old. Indeed, the octogenarian said she plans to do “somersaults and tumble and do anything that I’ve learned to do” during her 19,600 hours of flight experience on Earth.

Bezos created Blue Origin in 2000 to chase down a childhood dream for spaceflight; he decided at a young age to become a rich entrepreneur to fund his way into becoming an astronaut and struck it rich after founding e-commerce giant Amazon in 1995.

“People say they go into space [and] that they come back changed; astronauts always talk about that,” Bezos told NBC Today on Monday. “I can’t wait to see what it’s going to do to me,” the long-time businessperson added.

Referring to the “overview effect” that some astronauts say they experience when they look at Earth from above, Bezos said he is anticipating seeing “the thin limit of the Earth’s atmosphere, and seeing how fragile the planet is, that it’s just one planet.”

Bezos’ brother Mark, a venture capitalist and volunteer firefighter told CBS that he is still in disbelief that he gets to experience such a rare opportunity that “your big brother loves.”Advertisement

He added, “I fell in love with space, the promise of it, the adventure of it. I’m just so excited to be able to be there, and represent my mom and dad and our sister Christina, and supporting Jeff. Realizing this lifelong dream, it’s a real honor.”

Rounding out the crew is 18-year-old Oliver Daemen, whose father (Somerset Capital Partners CEO Joes Daemen) bankrolled the trip for an undisclosed amount. Daemen is working on a pilot’s license and has been interested in space since age four.

Daemen came onto the crew at the last minute after an auction winner, who successfully bid $28 million for a seat on the first flight, could not make the opportunity due to a scheduling conflict. As the runner-up bidder, Oliver moved up a flight from being scheduled on the second crew.

When asked by CBS how he was feeling, Daemen said while it’s been hard to sleep lately because of the anticipation, “the excitement just overtakes the nervousness” and he can’t wait to go up to space.