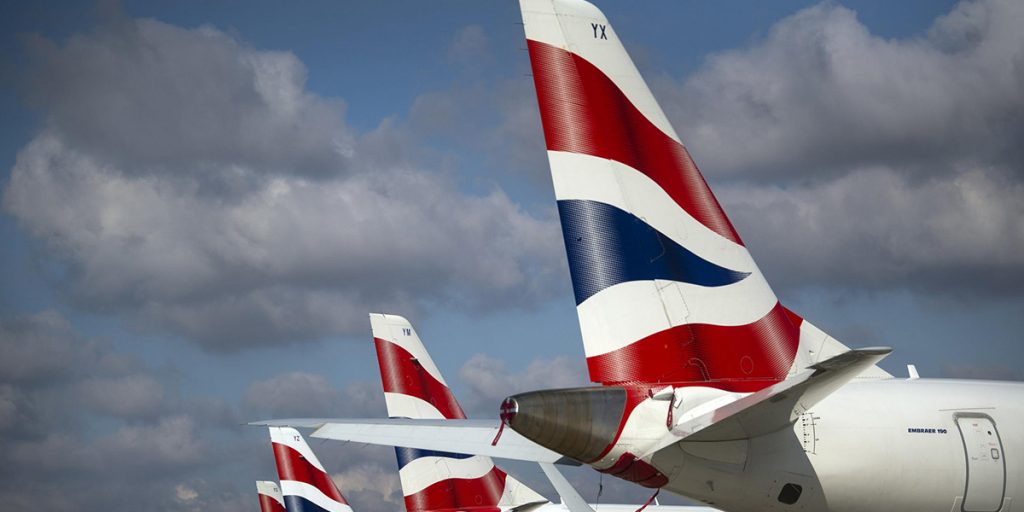 IAG said it would operate at about 45% of passenger capacity between July and September on pre-Covid levels, possibly rising to 75% by the end of 2021.

It comes as the company, which also owns Aer Lingus and Iberia, revealed a loss of more than €2bn (£1.7bn) in the six months to the end of June.

But IAG said it was not currently considering further redundancies.

The airline group has been hit hard by the coronavirus collapse in travel, with revenues and profits plunging after operators were forced to ground aircraft.

Chief executive Luis Gallego said on Friday the company had the “flexibility to capitalize” in areas where demand has increased due to travel restrictions easing.

However, the company warned that its plans to increase flight numbers “remain uncertain and subject to ongoing review”.

Mr. Gallego said: “We know that recovery will be uneven, but we’re ready to take advantage of a surge in air travel demand in line with increasing vaccination rates.”

He welcomed the UK’s decision that fully-vaccinated travelers from amber-list countries in the EU and US would no longer be required to quarantine when arrived home.

The rule change will come into force at 04:00 BST on Monday.

“We see this as an important first step in fully reopening the transatlantic travel corridor,” he said.

Laura Hoy, equity analyst at Hargreaves Lansdown, said IAG’s management had done a “terrific job making the most of a bad situation, but added, “you can’t dress up the fact that IAG is in a terrible position right now”.

She said: “Long-haul traffic will be last to recover, and IAG’s position within Europe means it’s at the mercy of many of different government restrictions.

“The group doesn’t expect passenger demand to return to pre-pandemic levels until 2023 at the earliest, leaving no choice but to continue paring down operations. This will undoubtedly leave scars that will follow the group well into the future.”

‘Our plan is to fly

Mr. Gallego said British Airways saw a 95% increase in the number of bookings for flights from the US to the UK shortly after Wednesday’s announcement on easing travel rules, compared with the same period last week.

Asked if the planned ending of the furlough in September could lead to more UK job losses, he replied: “What we would like is to have an extension of the furlough scheme until the end of the year.”

He added: “Right now, we are not considering to reduce jobs more, but for sure we need to see the evolution of the situation.

“With the plans that we have right now, our plan is to fly, people want to fly, and for that, we’re going to need our people.”

In April 2020 British Airways announced it would cut up to 12,000 jobs in response to the Covid crisis.

Air France-KLM, which compared to BA has benefited from the earlier opening of services from Europe to the US, said it expected third-quarter capacity at 60-70% of 2019 levels.

Short-haul rivals EasyJet and Ryanair are aiming for 60% summer capacity and July passenger numbers at two-thirds of 2019 levels respectively.

Airlines, and the travel industry generally, say they face another lost summer for trading, even if travel restrictions continue to ease.

Transport Secretary Grant Shapps told the BBC on Friday that a decision on France’s place in the international travel traffic-light system is not expected until next week.

France is currently on the amber-plus list, with holidaymakers returning from the country being required to self-isolate.

Asked if that also means waiting to hear whether Spain will join the amber-plus list, Mr. Shapps said: “That’s right. I would encourage people to broadly ignore the sort of ongoing speculation as much as is possible.”

He added: “One thing I have seen over the last year with all this going on is that, quite often, the speculation is not all that helpful, or all that accurate indeed.