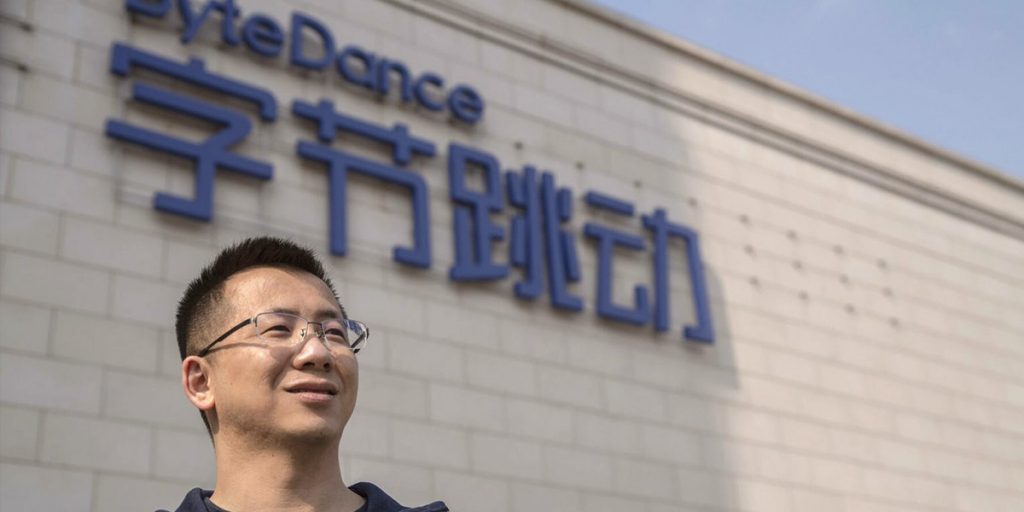 ByteDance Ltd. founder Zhang Yiming will cede the reins of TikTok’s owner to an old college roommate and lieutenant, stepping back from running the world’s most valuable startup ahead of its highly anticipated market debut.

Zhang will hand off the chief executive officer role at TikTok’s owner to human resources chief Rubo Liang, he announced in an internal memo posted online Thursday. The billionaire entrepreneur remains chairman but plans to relinquish most of his day-to-day duties because they were an increasing burden on his time, a person familiar with the matter said.

Zhang, who will instead focus on longer-term strategy, is retreating from the spotlight just as Beijing intensifies efforts to curb the influence of internet firms and their billionaire founders, from Jack Ma’s Alibaba Group Holding Ltd. to Tencent Holdings Ltd. That antitrust campaign coincides with a series of moves from ByteDance that could shake up the country’s internet landscape.

Liang takes the helm just as ByteDance prepares for a highly anticipated initial public offering in the U.S. or Hong Kong. It’s also orchestrating its next big act — a move into e-commerce that could pit it against Alibaba and Meituan in a $1.7 trillion Chinese arena.

“I feel I did not achieve as much as I had hoped to on my previous objectives in the areas of new strategic opportunities, organizational management, and social responsibility,” Zhang said in his memo. “After several months of thinking about this, I came to the conclusion that transitioning out of the role of CEO, with all of the related day-to-day responsibilities, would enable me to have greater impact on longer-term initiatives.”

Zhang’s handoff recalls a similar move by Pinduoduo Inc. founder Colin Huang, who relinquished the helm of his own firm to a deputy two months ago. The pressures of running fast-evolving, hyper-competitive businesses while dealing with mounting regulatory requirements may have exacted a toll on Zhang, who had begun delegating responsibility. The two will work side-by-side over the next six months to ensure a smooth transition.

In 2020, he appointed two executives to run the Chinese side of ByteDance’s sprawling business. This month, he elevated recent hire and former Xiaomi Corp. finance chief Shouzi Chew to CEO of its U.S. business. Zhang said in the memo he began discussing with a small group the possibility of having Liang as the new CEO this March.

“The regulatory environment for technology companies in China has become ever-changing and that requires a lot of energy and effort,” said Shen Meng, a director at Beijing-based boutique investment bank Chanson & Co. “Wearing two hats at a company as sizeable as ByteDance is just too stressful.”

Zhang founded ByteDance in 2012 before using highly refined AI recommendation engines to create hit news service Toutiao and viral global video app TikTok. His first big success was Toutiao, which means “headlines” in Chinese. TikTok became a global phenomenon, while its cousin Douyin leads in China’s domestic market. The founder now ranks among the world’s richest people after ByteDance shares traded in the private market at a valuation of more than $250 billion, people familiar with the dealings have said.

Liang, an entrepreneur like Zhang, will shepherd ByteDance’s move into new arenas from e-commerce to education devices. The low-profile executive and Zhang studied microelectronics at Tianjin’s Nankai University and shared a computer for coding, Zhang said in a public speech in 2016. The pair co-founded 99fang.com – a search service for real estate — in 2009 before teaming up to create ByteDance three years later.

The internet titan is now seeking to increase ad revenue for its China-based businesses including Douyin and Toutiao to 260 billion yuan ($40 billion) this year from 183 billion yuan in 2020, Bloomberg News has reported. The target excludes short-video sensation TikTok. It’s also aiming for e-commerce gross merchandise value of as much as 600 billion yuan, up from 170 billion yuan last year. Douyin is targeting 680 million daily active users, compared with around 610-620 million in March.

ByteDance — whose overall revenue more than doubled to $35 billion last year — has kicked off preparations for an IPO of some of its main businesses, including Douyin, and is choosing between Hong Kong and U.S. as the listing venue, people familiar with the matter have said. It could raise at least several billion dollars from a listing of the Chinese assets, although deliberations are at an early stage.

If ByteDance hits its sales goal, its Chinese arm will have done in nine years what it took Facebook 13 to achieve, and that excludes TikTok and other businesses abroad. At $40 billion, the nascent ad business would be roughly twice that of YouTube’s. Reuters first reported Zhang’s decision.

“ByteDance is mature enough for him to step back,” said Ke Yan, a Singapore-based analyst with DZT Research. “He can now selectively do what he thinks is important, as opposed to being a CEO who needs to handle nitty-gritty things.”