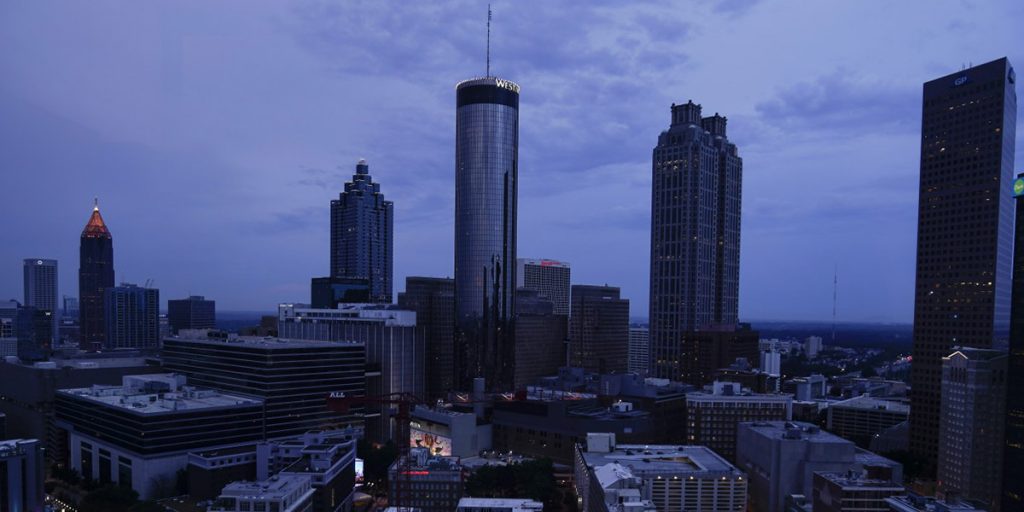 The US became more diverse and more urban over the past decade, and the white population dropped for the first time on record, the Census Bureau said Thursday as it released a trove of demographic data that will be used to redraw the nation’s political maps.

The new figures offered the most detailed portrait yet of how the country has changed since 2010, and they are sure to set off an intense partisan battle over-representation at a time of deep national division and fights over voting rights. The numbers could help determine control of the House in the 2022 elections and provide an electoral edge for years to come. The data will also shape how $1.5 trillion in annual federal spending is distributed.

The figures show continued migration to the South and West at the expense of counties in the Midwest and Northeast. The share of the white population fell from 63.7% in 2010 to 57.8% in 2020, the lowest on record, though white people continue to be the most prevalent racial or ethnic group. However, that changed in California, where Hispanics became the largest racial or ethnic group, growing to 39.4% from 37.6% over the decade, while the share of white people dropped from 40.1% to 34.7%.

The U.S. population is much more multiracial and much more racially and ethnically diverse than what we have measured in the past,” said Nicholas Jones, a Census Bureau official.

The data comes from compiling forms filled out last year by tens of millions of Americans, with the help of census takers and government statisticians to fill in the blanks when forms were not turned in or questions were left unanswered. The numbers reflect countless decisions made over the past 10 years by individuals to have children, move to another part of the country, or come to the U.S. from elsewhere.

The release offers states the first chance to redraw their political districts in a process that is expected to be particularly brutish since control over Congress and statehouses is at stake. It also provides the first opportunity to see, on a limited basis, how well the Census Bureau fulfilled its goal of counting every U.S. resident during what many consider the most difficult once-a-decade census in recent memory.

Even before it began, the headcount was challenged by attempted political interference from the Trump administration’s failed efforts to add a citizenship question to the census form, a move that critics feared would have a chilling effect on immigrant or Hispanic participation. The effort was stopped by the Supreme Court.

The information was originally supposed to be released by the end of March, but that deadline was pushed back because of delays caused by the coronavirus pandemic.

The start of the 2020 census for most U.S. residents coincided with the spread of the virus last year, forcing the Census Bureau to delay operations and extend the count’s schedule. Because census data is tied to where people were on April 1, 2020, the numbers will not reflect the loss of nearly 620,000 people in the U.S. who died from COVID-19.

On top of the pandemic, census takers in the West contended with wildfires, and those in Louisiana faced repeated hurricanes. Then, there were court battles over the Trump administration’s effort to end the count early that repeatedly changed the plan for concluding field operations.

Back in April, the Census Bureau released state population totals from the 2020 census showing how many congressional seats each state gets.

Communities of color have been undercounted in past censuses. The Census Bureau likely will not know how good a job it did until next year when it releases a survey showing undercounts and overcounts. But Thursday’s release allows researchers to do an initial quality check, and it could lead to lawsuits alleging that the numbers are faulty. The Census Bureau has a program that allows elected officials to challenge the data, but it does not apply to apportionment or redistricting.

This is our first opportunity to see if there’s any indication of an unprecedented undercount, said Thomas Saenz, president of the Mexican American Legal Defense and Educational Fund (MALDEF). There always is an undercount. This census will be no different, but our concern is to make sure this isn’t hugely out of proportion to the undercounts we have seen in prior censuses.

For the first time, the numbers will not be entirely accurate at the smallest geographic levels due to a new privacy method used by the Census Bureau. The method inserts controlled errors into the data at small geographic levels, such as neighborhood blocks, to protect people’s identities in an era of Big Data.

Jarmin has warned that the process may produce weird results, such as blocks showing children living with no adults or housing units not matching the number of people living there.