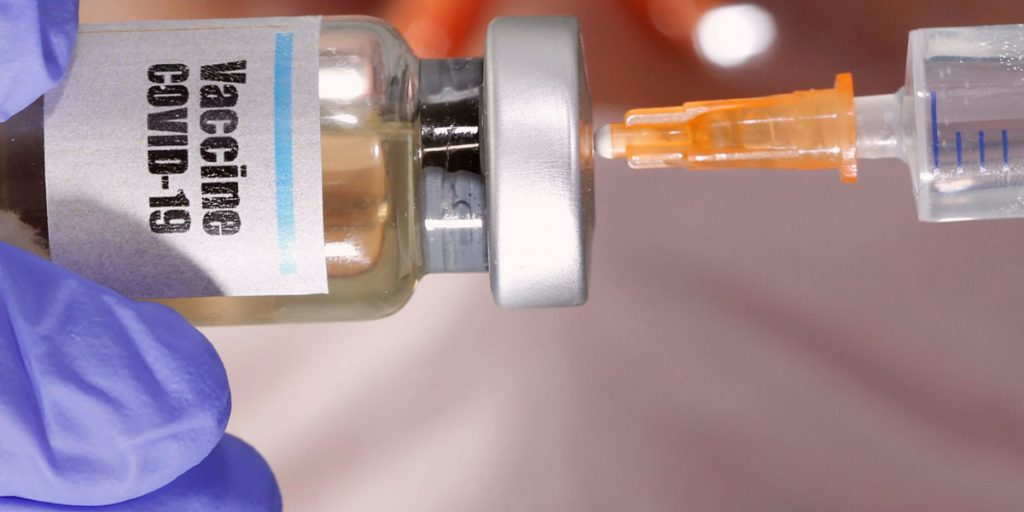 The Covid-19 pandemic has been a devastating public-health catastrophe the world over. For China, it’s also provided an unprecedented geopolitical opportunity. After it got the outbreak under control, and with world leaders distracted by their own countries’ health struggles, it was able to use the chaos of the pandemic to step up political crackdowns in Hong Kong and Xinjiang. Other nations cried foul, but China persisted. Perhaps most important, early exports of its rapidly developed vaccines have provided Beijing with a potent diplomatic calling card in Africa, Asia, Latin America, and the Middle East. And as the global death toll mounts, Chinese officials get to brag about their virus-fighting success around the world even as they gain greater access and influence in far-flung capitals.

“The U.S. response to the epidemic is nothing short of a mess and total failure,” Chinese Foreign Ministry spokesman Zhao Lijian, one of the original wolf warrior diplomats, named for their confrontational stance, said last month. “In contrast, China secured major strategic outcomes in fighting the virus.”

About China, at least, he’s not wrong. So far the country has shipped about 265 million Covid vaccine doses, more than all other nations combined, with commitments to provide an impressive 440 million more, according to Airfinity Ltd., a science information and analytics company. Other leading powers haven’t kept up. President Joe Biden has vowed the U.S. will become an “arsenal for fighting Covid-19.” His administration promises to boost production of U.S. vaccines and donate 80 million doses overseas by the end of June, including 20 million authorized for U.S. use—the first time he’s shared doses he could have given to Americans. Europe has done better, exporting about 118 million domestically produced doses so far, according to Airfinity, even amid criticism for a slow start to its vaccination drive at home. India, meanwhile, had exported almost 69 million doses to nearly 100 countries until it suffered the world’s worst outbreak and halted further deliveries.

China is about to get another big boost. After clearing Western-made shots, the World Health Organization recently authorized the vaccine made by China’s Sinopharm Group Co. A nod for one from Sinovac Biotech Ltd. is expected soon. This will allow Chinese shots to flow to dozens of developing nations through Covax, the global vaccine initiative, which has managed to ship only 68 million of the 2 billion doses it hopes to send out by yearend. “China is going to be a critically important partner in the long run,” says Richard Hatchett, chief executive officer of the Coalition for Epidemic Preparedness Innovations, one of the groups leading Covax.

The WHO authorization, a de facto approval for regulators in poorer countries, could help unleash hundreds of millions of doses of Chinese shots. The impact of the country’s contributions will also be magnified by the absence of India, making this “the best time for China to practice vaccine diplomacy and to make more use of its first-mover advantage,” says Yanzhong Huang, a senior fellow for global health at the Council on Foreign Relations.

Beijing’s vaccine diplomacy is clearly of the hardball variety. India’s desperately poor neighbors in South Asia were among those China targeted. On April 27, the same day Chinese Foreign Minister Wang Yi organized a virtual meeting with his counterparts in Afghanistan, Bangladesh, Nepal, Pakistan, and Sri Lanka, Minister of National Defense Wei Fenghe was in Bangladesh, pledging to enhance military cooperation. Within days, officials there gave emergency approval to the Sinopharm vaccine. Less than two weeks later, China’s ambassador to Bangladesh surprised his hosts with an unexpected warning: Any future cooperation with Australia, India, Japan, and the U.S. would inevitably damage the nation’s ties with China.

“Bangladesh, which was reliant on Indian doses, is now being subjected to pressure from China over its strategic foreign partnerships in the midst of bilateral negotiations for a large sale of urgently needed vaccines,” says Nicholas Thomas, an associate professor at the City University of Hong Kong and editor of several books on global health and foreign policy. “It would be foolish to conclude that the aid and supply of vaccines that China is now giving to Asia and the world will not translate into a long-term diplomatic advantage.”

The country’s upper hand may not last. India recognizes China’s advantage, but believes it won’t be long-lasting and expects its own exports will ramp up in a few months, according to a foreign ministry official in New Delhi who asked not to be identified. Chinese diplomats’ sometimes overzealous pressure tactics could also backfire. Even Bangladesh complained about the local ambassador’s comments.

Another wild card is the reliability of Chinese shots compared with that of the other vaccines. The efficacy of the Sinovac vaccine, for instance, varies wildly—from 50% to 90%— in studies. Global surveys have shown Chinese shots are the least favored in several places. Even in Hong Kong, only 37% said they’d take a Sinovac jab, compared with 56% for Pfizer Inc.’s. Western vaccine diplomacy with more effective shots could easily push back gains by China, according to Thomas, the Hong Kong academic. The official in New Delhi says India remains a trusted partner for vaccines around the developing world and that Chinese shots haven’t lived up to expectations.

Across Africa, nations have struggled with vaccine hesitancy, suggesting China’s shots may languish in storage rather than generate the political goodwill Beijing intended. “Although some of my workmates have been vaccinated, I am still afraid to do it because of what I’ve read on social media,” says Passmore Mwanza, a 29-year-old supervisor at a candy maker in Zimbabwe.

Still, China’s contributions will be crucial in the race to inoculate large populations across the developing world before outbreaks— and variants—spread too widely. With Covax shipments delayed by the India export collapse, China might be the only choice in the near term for many poorer countries. “The pandemic started as a Chernobyl moment for China,” says Suisheng Zhao, director of the University of Denver’s Center for China-U.S. Cooperation. “It has become an opportunity for China to demonstrate to the world that its rise cannot be stopped.”