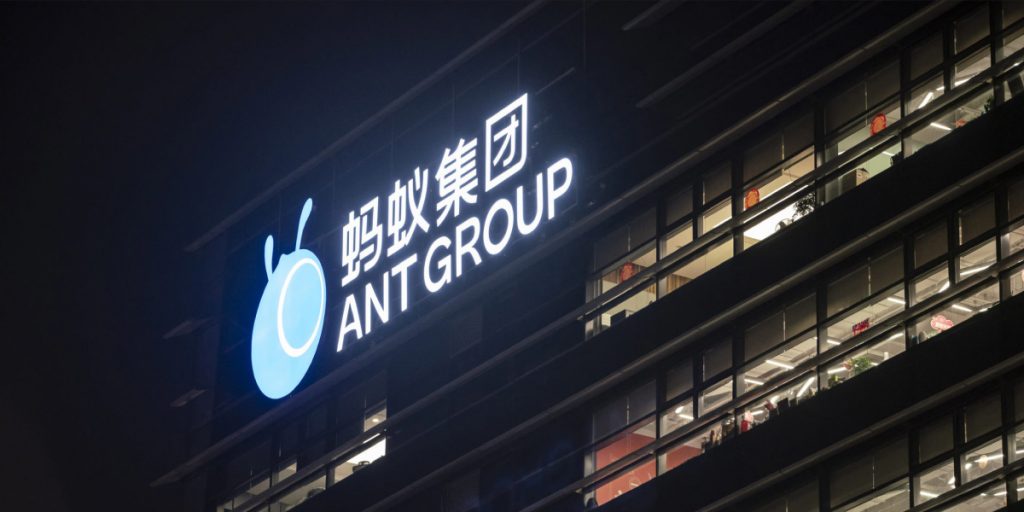 Beijing plans to break up Ant Group’s Alipay and create a separate app for the fintech giant’s loans business, according to a Financial Times report on Monday.

Regulators previously ordered Ant to split the businesses of AliPay from lending businesses Huabei and Jiebei. They now want the credit businesses to be split into an independent app as well, according to the FT.

According to the plan, Ant will turn over user data underpinning loan decisions to a new credit scoring joint venture, the FT reported, citing people familiar with the process. The JV will be partly state-owned, the report said.

Hong Kong-listed shares of Alibaba, Ant Group’s e-commerce affiliate, fell more than 4% on Monday following the FT report. The decline weighed on the broader Chinese tech sector as the Hang Seng Tech index fell more than 2%, and shares of other Chinese tech heavyweights listed in Hong Kong took a beating. Tencent was down 2.45% while Meituan fell 4.47% at the close.

Reuters said in early September that state-back firms are set to take a sizeable stake in the credit-scoring joint-venture, with Ant and Zhejiang Tourism Investment Group owning 35% each of the venture.

Ant will not be the only online lender in China affected by the new rules, according to the FT.

The latest developments marked more challenges for Ant’s business. The company’s planned $34.5 billion IPO in November was scuttled after regulatory discrepancies were flagged.

Months of a regulatory crackdown on China’s tech giants followed, and Beijing introduced a slew of rules around anti-monopoly and data security and protection.

In April, regulators ordered Ant Group to revamp its business, including restructuring into a financial holding company as well as creating more separation between its payment app Alipay and its credit products.

In that same month, Chinese regulators also slapped Alibaba with a massive 18.23 billion yuan (about $2.8 billion) fine in its anti-monopoly investigation of the tech behemoth due to alleged abuse of its market dominance.

As of their Monday close, shares of Alibaba in Hong Kong have fallen more than 30% since the start of the year.