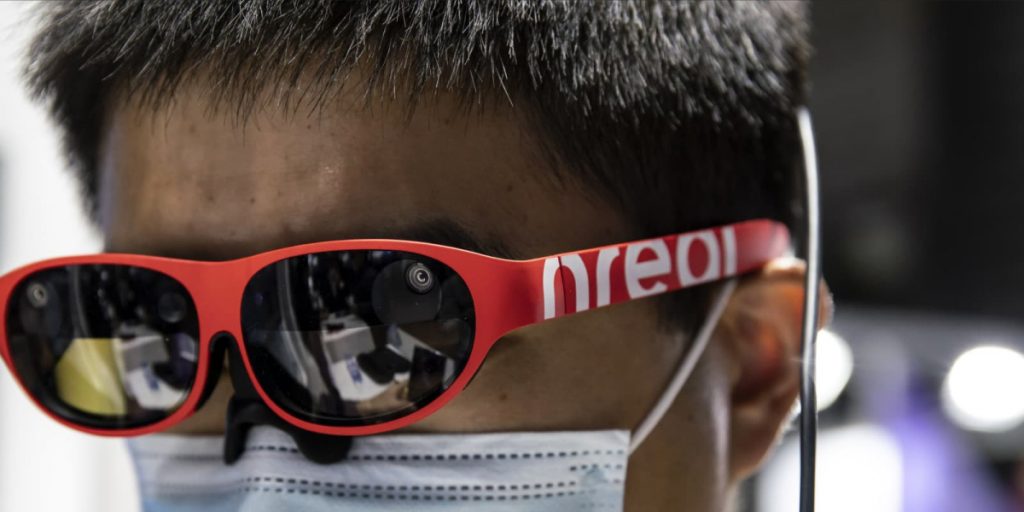 Augmented reality refers to technology that allows digital images to be imposed over the real world and it’s an area that the world’s largest technology companies are investing in.

The funding round values Nreal at $700 million, a person with direct knowledge of the matter told CNBC. The person was not authorized to speak publicly about the valuation.

Chi Xu, CEO of Nreal, told CNBC that the company plans to spend the money on research and development as well as expanding its footprint globally.

“China is definitely a huge market, and (we plan) to enter that market next year, and also the U.S .and maybe more countries as well,” Xu said.

Nreal has not launched its AR glasses in China yet, but its flagship product — the Nreal Light — has been retailing in a handful of markets including South Korea, Japan, and Spain.

Nreal Light is a pair of lightweight glasses that connects to a smartphone. Users can then experience so-called mixed reality apps, where digital images are superimposed over the real world.

The start-up’s backers include a number of major investors including Nio Capital, the investment arm of electric carmaker Nio as well as venture company Sequoia Capital China.

Xu called Nio Capital a strategic investor and sees the potential for the two companies to work together.

“Having AR and EV (electric vehicles) together, that can be very interesting going forward … there’s something I can be sure (of) is there is going to be more and more EVs on the streets. People will spend more time in their cars, so a combination of AR and the car, that will unleash a lot of other possibilities.”

Xu said that Nreal will introduce a new product next week and couldn’t give too many details ahead of its launch.

However, the CEO said the new glasses will have a “completely new design,” and will be lighter, more comfortable, and cheaper than the current Nreal Light model.

“With a lower price point, this can be much easier to penetrate those other markets, like China … and elsewhere,” Xu said.

The new glasses will still plug into a phone and Xu hopes the new features will encourage people to use them daily.

Global tech giants are getting excited about augmented reality.

Apple CEO Tim Cook has called AR the “next big thing” and the iPhone maker is reportedly working on a headset. Facebook, Microsoft, Google, and other technology companies are all investing in augmented reality too.

Xu said he welcomes the competition from these titans. “I think the best product will win,” he said.

Nreal has an operating system called Nebula that runs on its headsets. Like Apple with iOS on iPhones, developers can make apps for Nebula which people can then use via Nreal headsets.

Having compelling apps on AR headsets will be key to their success and Nreal is trying to lure developers onto Nebula. The company currently has 8,000 developers on the platform.

Apple’s model relies on it taking typically a 15% to 30% cut of gross sales from purchases in apps distributed through its App Store. That’s how it generates some of its services revenue.

But that model has come under fire. Developers were not allowed to charge users directly for in-app purchases. Instead, they had to go through Apple’s in-app payments system. Then Apple would take a cut.

Epic Games, the developer of the hit game “Fortnite,” brought a legal challenge against Apple in August last year. This month, a judge issued an injunction that said Apple can’t prohibit developers from providing links or other communication directing users away from Apple in-app purchasing.

“We have been seeing a lot of changes with Apple’s business model. With the latest lawsuit between Apple and Epic, people are going to rethink this business model,” Xu said.

“We should offer a more friendly business model to developers.”

The CEO said that would mean lowering the commissions that an app store run by Nreal can take. It could also mean providing more services to developers, such as marketing and helping them to improve their products.

Xu called it a “win-win situation.”

While Nreal is focusing on expanding products and countries, Xu told CNBC in a July interview that the company is looking to go public within five years.