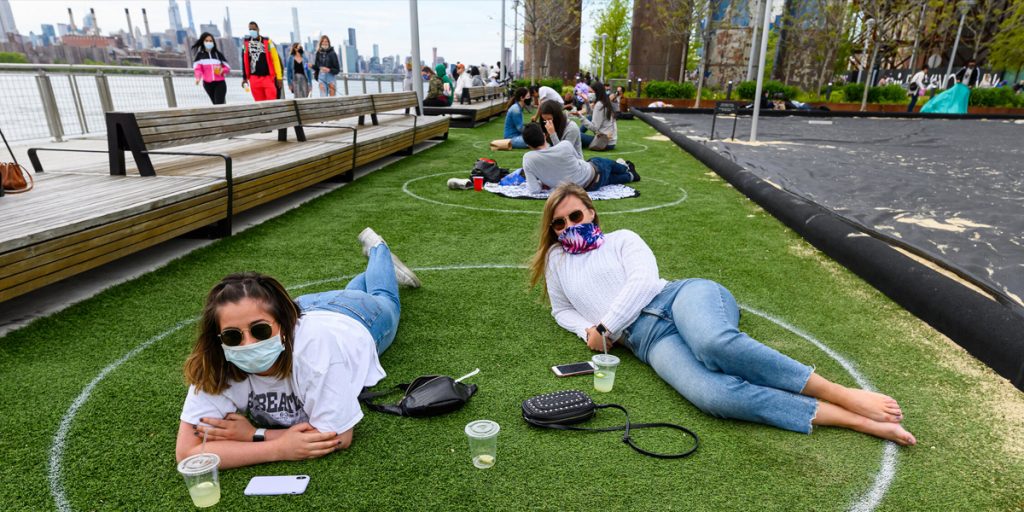 The B.1.1.7 coronavirus variant is estimated to spread about 50 percent more than previous versions—but it doesn’t seem to manage that higher transmissibility by surviving in the air better than other versions of the virus, according to a new study.

In lab experiments looking at virus survival in artificially produced aerosolized particles, a B.1.1.7 lineage virus (first identified in the UK) had about the same survival rate as a strain of the virus that was circulating in Wuhan, China, in January 2020, according to the study, which published recently in The Journal of Infectious Diseases.

For the study, government researchers created aerosolized particles that mimic those spewed from deep in a person’s lungs. Then the researchers tested how well the viruses survived in those particles under different temperature, humidity, and light conditions.

The researchers also looked at two other virus variants—one that has a mutation linked to increased transmissibility (which is shared in B.1.1.7) and another that has a mutation linked to a better ability to infect human cells. Both of those variants also performed about the same as B.1.1.7 and the Wuhan lineage virus. However, the variants lost 90 percent infectivity in about seven to eight minutes in simulated sunlight, a slight but statistically significant difference, the researchers note.

In all, the data supports what experts have already hypothesized based on other data. That is, that the more transmissible viruses are not spreading more easily because they linger longer in the air or can travel farther. Instead, the viruses are likely spreading more because they either produce more virus in people’s airways—meaning people are simply expelling more infectious virus at once or over time—and/or the viruses are better at infecting cells, thus fewer viral particles are needed to start an infection (smaller infectious dose). The data also suggests that masking and the current distancing recommendations are still effective at reducing the spread of the more transmissible variants.