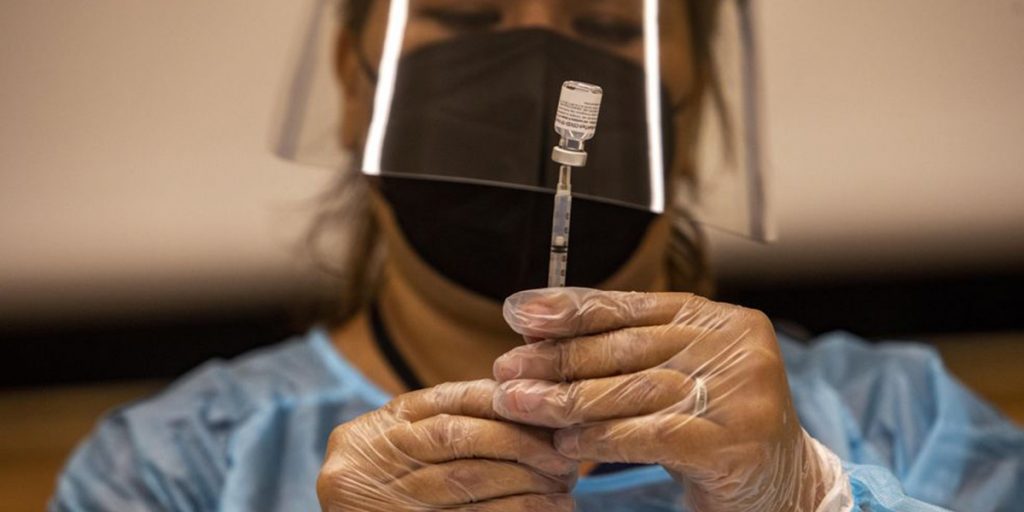 For most of us, the growing evidence that the efficacy of Covid vaccines is declining over time should be a cause of worry. For the drug companies that have spent billions of dollars developing them, it’s a once-in-a-lifetime opportunity.

Recent studies on vaccine effectiveness have led to a run of orders for boosters in recent weeks. The U.S. will start distributing extra shots beginning Sept. 20th, and expects to roll out about 100 million doses in the coming months. Shortening the window before a third dose from eight to as little as five months was being discussed, President Joe Biden said last week. The U.K. last week ordered 35 million more doses of the Pfizer Inc. vaccine to supplement earlier shots. In Israel, anyone over 30 is already eligible for a booster.

That’s quite a shift for the traditional vaccine business model. Despite being distributed to, in many cases, almost every person on the planet, inoculations have traditionally been an unprofitable backwater for the pharmaceutical industry.

Treatments that take years and billions of dollars to develop are bought in vast volumes by governments with a keen eye on price, and are often effective for life after a single dose. That model of extraordinarily high start-up costs, thin margins and minimal repeat business doesn’t represent an attractive way for companies to allocate capital. For decades, there have been concerns that the R&D pipeline for new vaccines is drying up. If it weren’t for the regular recruitment of new customers when children are born and start their usual round of shots, this part of the industry would be even more moribund than it already is.

The rush of orders for booster shots represents a break with that model. Traumatized by the biggest pandemic in a century, rich countries are preparing to pay handsomely year after year to stay protected. With chances that most of the world’s 7.7 billion population will eventually receive annual shots of a drug that retails for between $2 and $20, the Covid industry is already likely to be vastly larger than the $6.5 billion-a-year influenza business. Just look at the array of companies that lined up to push their drugs through clinical trials — a stunning contrast in an industry that had settled into a cozy oligopoly between GlaxoSmithKline Plc, Sanofi, Merck & Co. and Pfizer, after rivals pulled back to more profitable lines of work.

That sounds like good news, but it isn’t. After all, the available capacity of vaccine manufacturers is still limited, and any production lines used to run off booster shots for rich countries won’t be making first doses for less affluent populations. Companies with experience getting vaccine licenses are expected to have enough capacity next year to produce about 18.5 billion shots, according to a Unicef database. That may just be sufficient to inoculate the countries and age groups that missed out this year and provide some additional boosters. If every rich country is going to repeat their round of vaccinations every five months, though, supply will get tight again.

As we’ve learned with delta, Covid-19 has a remarkable ability to cook up fresh variants in the places where it’s allowed to spread unchecked. Allowing less affluent regions of the world to continue without first-dose coverage should be a moral affront in itself, but the risk of new strains emerging means it fails the most basic test of self-interest for rich countries, too. That’s particularly the case when existing vaccines’ efficacy against serious disease appears to hold up pretty well, even as their ability to prevent milder symptomatic infections goes down over time. We risk heading into a world where the rich hog the planet’s limited vaccine supply without even getting much of a health benefit from it.