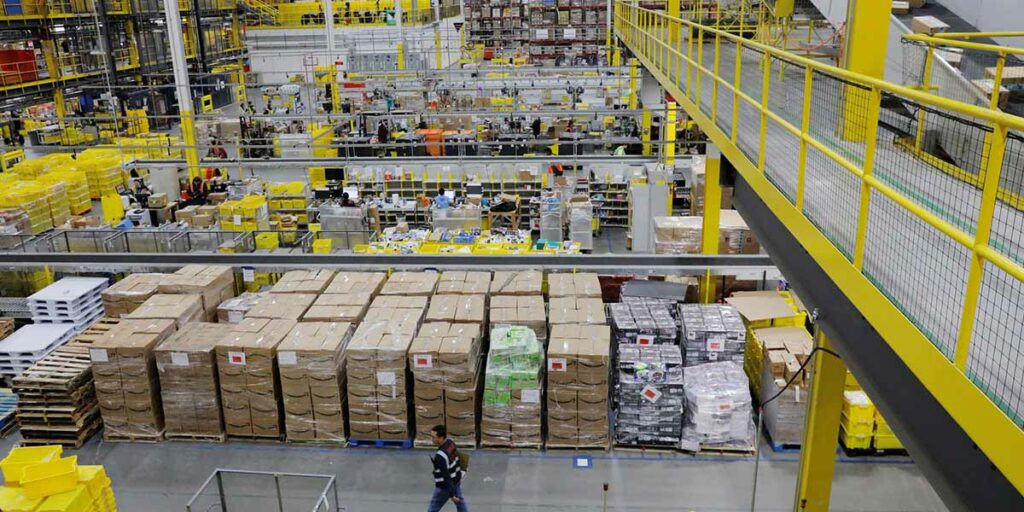 Shopper traffic roared back on Black Friday, but it was still below pre-pandemic levels, in part because retailers spread out big deals starting in October. The early buying is expected to also take a bite out of online sales on Monday, coined Cyber Monday by the National Retail Federation in 2005.

Adobe Digital Economy Index said that it was the first time online sales on Thanksgiving and Black Friday hadn’t grown, and Cyber Monday could likewise see a decline compared with a year ago. Adobe, which tracks more than one trillion visits to U.S. retail sites, had previously recorded healthy online sales gains since it first began reporting on e-commerce in 2012.

Still, Cyber Monday should remain the biggest online spending day of the year. For the overall holiday season, online sales should increase 10% from a year ago, compared with a 33% increase last year, according to Adobe.

A possible game-changer is the omicron variant of the coronavirus, which could put a damper on shopping behavior and stores’ businesses. The World Health Organization warned Monday that the global risk from the omicron variant is “very high” based on early evidence, saying the mutated coronavirus could lead to surges with “severe consequences.”

Jon Abt, co-president and a grandson of the founder of Abt Electronics, said that holiday shopping has been robust, and so far overall sales are up 10% compared to a year ago. But he said he thinks Cyber Monday sales will be down at the Glenview, Illinois-based consumer electronics retailer after such robust growth from a year ago. He also worries about how the rest of the season will fare given the new variant.

“There are so many variables,” Abt said. “It’s a little too murky.”

Here is how the season is shaping up:

Consumers are expected to spend between $10.2 billion and $11.3 billion on Monday, making it once again the biggest online shopping day of the year, according to Adobe. Still, spending on Cyber Monday could drop from last year’s level of $10.8 billion as Americans are spreading out their purchases more in response to discounting in October by retailers, according to Adobe.

Harley Finkelstein, president of Canadian e-commerce platform Shopify, which has 1.7 million independent brands on its site, said that so far, Cyber Monday is off to a strong start. Sales on his platform were up 21% on Black Friday compared with 2020 and more than double compared with 2019. He said he believes that independent brands will see better percentage sales gains online than big national chains, as shoppers gravitate more toward direct-to-consumer labels and look for brands with a social conscience. And he says these brands have been able to get the inventory. Among some of the hot items on Shopify are children’s couches from Nugget and luxurious linens from Brooklinen.

“I think it is a tale of two different worlds,” he added.

BLACK FRIDAY IS BACK BUT NOT THE SAME

Overall, Black Friday store traffic was more robust than last year but was still below pre-pandemic levels as shoppers spread out their buying in response to earlier deals in October and shifted more of their spending online. Sales on Friday were either below or had modest gains compared with pre-pandemic levels of 2019, according to various spending measures.

Black Friday sales about 30%, compared with the year-ago period, according to Mastercard SpendingPulse, which tracks all types of payments, including cash and credit cards. That was above its 20% growth forecast for the day. Steve Sadove, the senior adviser for Mastercard, said the numbers speak to the “strength of the consumer.” For the Friday through Sunday period, sales rose 14.1% compared with the same period in 2020 and were up 5.8% compared to 2019, Mastercard reported.

Unlike in years past, many big box stores like Walmart didn’t market their discounted goods as “doorbusters,” in their Black Friday ads, choosing instead to stretch the deals out throughout the season or even the day. And the discounts are smaller this season as well.

Shoppers were also expected to pay on average between 5% to 17% more for toys, clothing, appliances, TVs, and other purchases on Black Friday this year compared with last year, according to Aurelien Duthoit, the senior sector advisor at Allianz Research. That’s because whatever discounts are offered will be applied to goods that already cost more.

Overall holiday sales could be record-breaking. For the November and December period, the National Retail Federation predicts that sales will increase between 8.5% and 10.5%. Holiday sales increased about 8% in 2020 when shoppers, locked down during the early part of the pandemic, spent their money on pajamas and home goods.