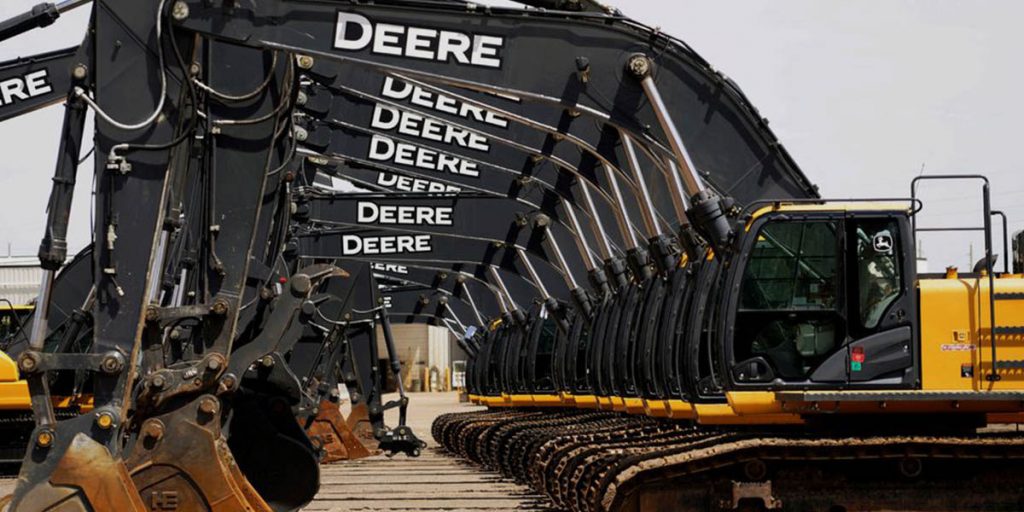 Deere & Co (DE.N) on Friday raised its full-year earnings forecast after quarterly profit topped Wall Street estimates on the back of strong demand for farm and construction equipment. The world’s largest farm equipment manufacturer, however, said it continues to grapple with inflationary pressure and supply chain challenges, which are set to intensify and expected to persist beyond this year. The company expects soaring raw material prices and freight rates to cost it about $675 million in its fourth quarter to end-October. Overall, it expects to spend $1.5 billion on raw material and freight in the 2021 fiscal year compared with $500 million estimated in February.

In response, it has raised prices for planters, sprayers combine, and large tractors in North America by about 8%, saying price increases would more than offset higher input costs. However, worries about the potential impact of inflationary pressure on profits drove its shares down as much as 4%. They were last trading down 2.5% at $349.75.
Higher farm income following a run-up in commodity prices and the need to replace aging fleets are driving up demand for new tractors and combines. Illinois-based Deere revised up the outlook for industry sales of agricultural equipment in Europe and Asia, though it left estimates for sales in the United States, Canada, and South America unchanged.

“It appears demand is going to be above the industry’s ability to supply, given the supply constraints that we’re facing,” Josh Jepsen, head of investor relations, told analysts on an earnings call. The company said it has lost days of production at different facilities due to supply challenges but does not expect a “significant” shutdown of operations. Upgrading its earnings estimate for the third time in seven months, Deere said it expects net income in fiscal 2021 to be between $5.7 billion and $5.9 billion, up from a range of $5.3 billion to $5.7 billion forecast in May. Third-quarter earnings came in at $5.32 per share, up from $2.57 per share a year ago. Analysts surveyed by Refinitiv, on average, expected the company to post a profit of $4.55 per share.