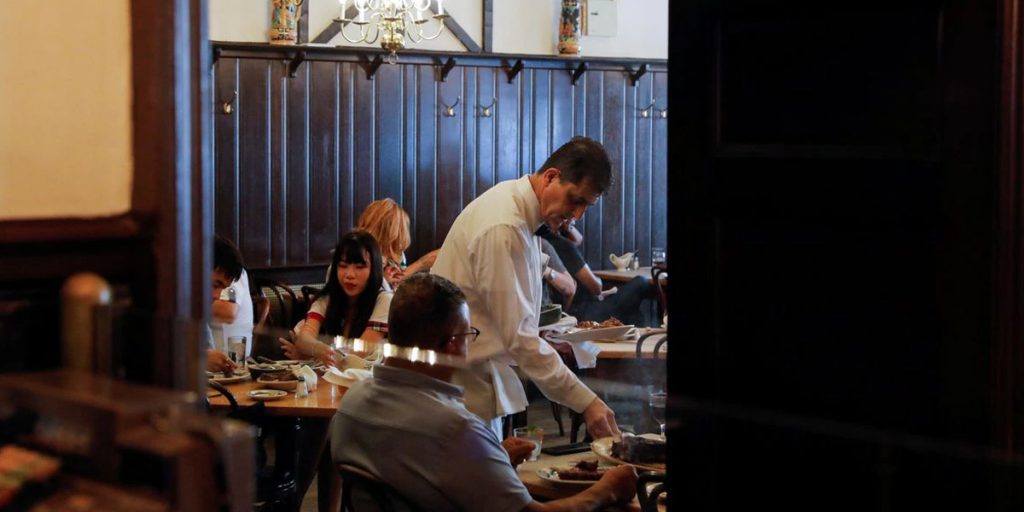 The spread of the Delta variant of COVID-19 threatens the fragile recovery of U.S. restaurants, according to a report on Tuesday from the National Restaurant Association.

Nearly one in five adults surveyed online from August 13-15 said they stopped going to restaurants as Delta cases rose, the report said.

“There has been some back-off as the Delta variant has taken hold,” Hudson Riehle, a National Restaurant Association executive, said of consumer behavior.

Average daily U.S. COVID cases rose to 466 people per million people as of Aug. 29 on a seven-day rolling average, versus fewer than 40 in mid-June, according to Our World in Data.

The rise and continuing uncertainty have forced the cancellation of major events and could hamper tourism. U.S. restaurants – hurt last year by occupancy limits and public fear about dining out – stand to lose more business if tourism wanes.

For example, sales at American steakhouses soared over the summer. But because they rely heavily on tourists and private business bookings, the Delta spread threatens their comeback. read more

Restaurant sales dropped in August from July, according to Black Box Intelligence data. July’s sales were 8.1% higher than in 2019, but sales in August through Aug. 22 were up only 6.3% over 2019.

Three in five respondents to the association’s survey said they changed the way they spend money and eat at restaurants because of the Delta variant, such as by ordering takeout and delivery instead of eating on site, sitting outside rather than indoors or cancelling plans to dine out.