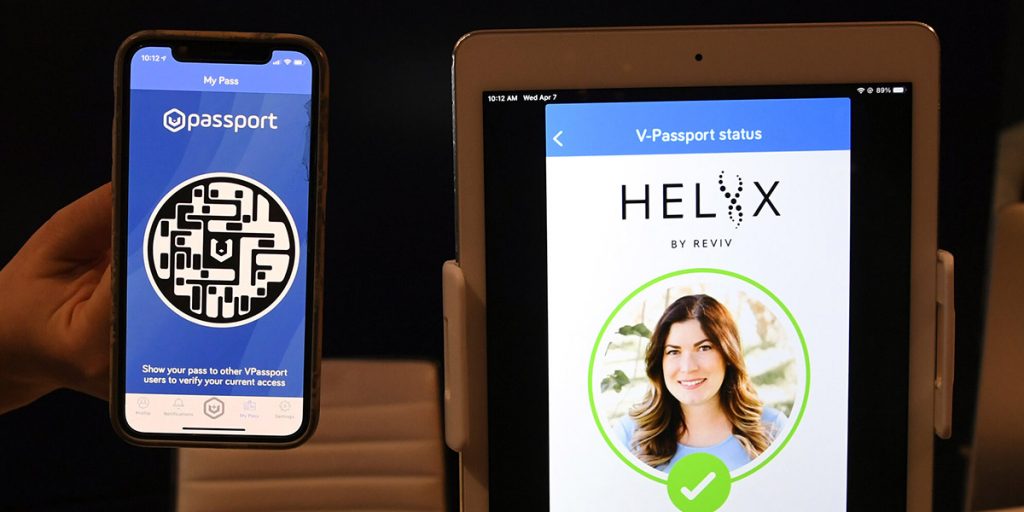 In the week since international travelers were welcomed back to the United States, airlines, nonprofit organizations and travel groups have finally seen an uptick in the digital health passes they had hoped travelers would use since their launch.

American Airlines has been seeing a nearly 10 percent increase in its VeriFLY app usage for travel since the Nov. 8 lifting of U.S. entry restrictions, said spokeswoman Rachel Warner. Tech research firm Apptopia noticed a 5 percent increase in downloads of these kinds of apps from the week before the travel ban was lifted, according to Thomas Grant, the company’s director of equity research.

Travel industry experts credited this rise to the new flood of international travelers.

“With the reopening of international borders, it puts the onus on individuals to be able to prove [their vaccination status],” said Dakota Gruener, executive director at ID2020, a nonprofit group supporting digital identification. “Airports are having to staff as many people to handle much lower travel volumes than they did pre-pandemic because there’s so much paperwork.”
It’s news that digital apps and travel experts have been counting on to help restore the industry to its pre-pandemic strength because they will process passengers more quickly.

“If we can continue to rely on handwritten, paper-based certificates or certificates that are visually scanned, it will be a less efficient process,” Gruener said. “You will see backups and very long queues at takeoff and landing.”

Vaccine apps have been struggling to offer a product that caters to the varied certificates and passports accepted by different countries.

Some countries in Europe, for example, require European Union citizens and residents to acquire the EU Digital Covid Certificate, or the Digital Green Certificate, to share in either digital form or paper format via a QR code. Australia is implementing an e-passport system called ICAO. India has issued more than 900 million vaccination certificates through its digital credentialing platform DIVOC (Digital Infrastructure for Vaccination Open Credentialing), according to Linux Foundation Public Health, a nonprofit organization that builds open-source software to combat epidemics. Other countries in the Asia Pacific and African regions such as the Philippines and Sri Lanka are also considering this option.

That means the responsibility for checking vaccination status falls to airlines. The Centers for Disease Control and Prevention doesn’t address on its website which digital credential is accepted as each is used and accepted differently in different countries. Airlines are required to check the vaccine records and match the name and date of birth on the traveler’s passport. Vaccine provider, manufacturer, and dates of vaccination are also required as proof.

Some digital credentials have compatible verifier applications for airlines to scan the pass and verify authenticity. But according to Jenny Wanger, director of programs at Linux Foundation Public Health, airlines are not necessarily equipped to have the verifier apps for all the different countries around the world.

“I would be surprised if they’re actually scanning these apps,” Wanger said. “What they’re doing is they’re looking at the digital output on somebody’s phone but treating it the same as a paper card. So reading the app looks for the right name, the right dates, showing that they are fully vaccinated, as opposed to partially vaccinated.”

Standardizing app credentials across borders is a major challenge. The Biden administration said in April that the federal government will not mandate vaccine passports and has no plan to require it. So private sector companies and nonprofit groups that are developing a global certificate network hope policymakers from around the world will weigh in.

“Technology, policy, and governance must go hand in hand,” Gruener said. “What we’re seeing right now is technology, and in some places policy, but what we don’t necessarily have is this international trust framework.”

Travel industry experts noted that policymakers have plenty of guidance to build on from countries that have long relied on vaccinations for entry.

“The vaccination status has been a part of travel for many years for certain countries,” Wanger said. “I think it’s just going to become more and more of a default, as part of what you need in place in order to travel safely.”

In the meantime, travelers are eager for any guidance. Judith Coates, a travel adviser in her early 60s from Ontario, Canada, said she has traveled four times to Portland, Oregon, since the start of the pandemic. She also traveled to Mexico and Jamaica in the past two months for work and a family trip.

For these trips, she has relied on a digital vaccination ID issued by the province of Ontario. But she said the U.S. should also come up with a standardized app so travelers could upload their vaccination and testing information into the app. She said she sees how much time and hassle it is adding to the journey.

“What’s happening is because there isn’t a standardized app to enter the U.S., some travelers are being denied or they’re being told that their test is not accurate,” said Coates, referring to travel clients she works with. “Normally, they would just check in an hour and a half prior to their flight time. Now they need to add an extra hour because it is definitely taking a long time to check-in.”