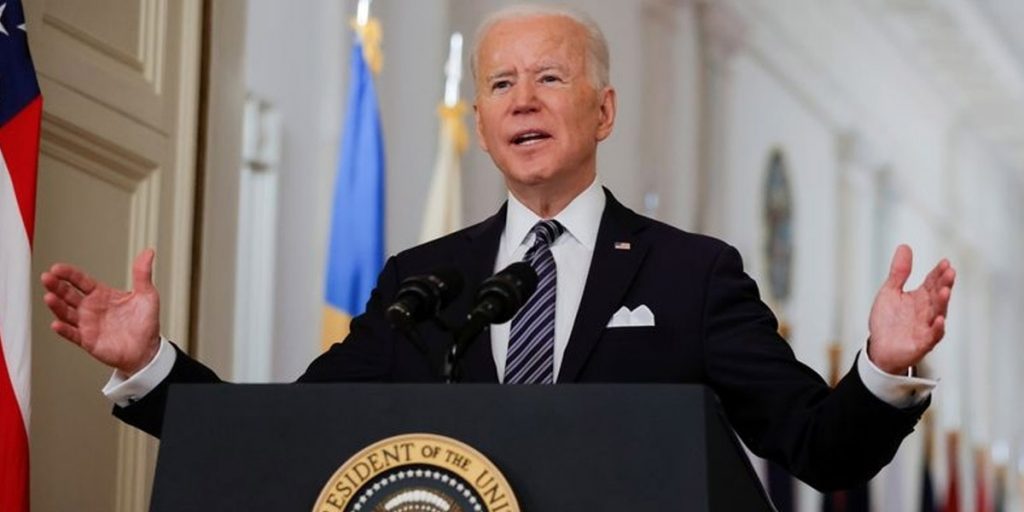 Most U.S. adults are vaccinated but COVID-19 cases are rising. The economy is accelerating but inflation looms. Bipartisan cooperation has improved but political rancor is high.

More than five months into Joe Biden’s presidency, the United States has changed in multiple ways, with a healthier business outlook and a pandemic – at least in many parts of the country – increasingly under control.

But as the world’s largest economy celebrates its 245th birthday on July 4, the Independence Day holiday will not be the full celebration that Biden had hoped, or promised.

A White House goal of vaccinating 70% of adults against COVID-19 with at least one shot will not be met, and legislation to repair the nation’s infrastructure is still far from arriving on Biden’s desk.

Biden will celebrate with a 1,000-person party on the White House lawn and fireworks over the National Mall. Historians said he, and the country, have a reason to do so.

“Compare where we are versus a year ago economically, in terms of public health, in terms of national psyche, it is almost like living in a different country,” said presidential historian Michael Beschloss.

He said Biden had to walk a careful line between celebrating the progress made on the pandemic and declaring: Mission Accomplished.

“If Biden had been too hasty in declaring the pandemic over, which he has not, it would be difficult to ask Americans for future sacrifices and it would also make Democrats politically vulnerable next year if the pandemic in some way recurs,” Beschloss said.

Trouble may loom ahead, though. The U.S. government said on Thursday that daily coronavirus cases rose in the past week, driven by increases in the Midwest and Southeast where vaccination rates are low and the highly contagious Delta variant, first found in India, is spreading.

“We are celebrating, as a country, at the same time as we recognize the fact that we’re in a serious situation for those who have not been vaccinated,” said infectious disease expert Dr. Anthony Fauci. “And the message is: Get vaccinated.”

In a sign of economic progress, the Labor Department said on Friday that U.S. companies hired the most workers in 10 months in June.

But the economy is far from back to normal, with 7 million fewer jobs than it had in February 2020, before the pandemic. Meanwhile some businesses are having trouble hiring the employees they need, as workers struggling with childcare or worried about illness choose to stay home.

“Our problems are really different now,” he said. “I think Joe Biden’s America is a calmer, gentler place.”

Demonstrations over racial disparities have fallen after massive unrest in 2020 over the death of George Floyd, a Black man, and the white police officer charged with murdering him was sentenced to 22-and-a-half years in prison.

Biden commemorated the 1921 massacre of Black Americans in Tulsa, Oklahoma, last month and signed a bill into law making June 19 a federal holiday commemorating the emancipation of the enslaved.

At the same time, threats from home grown extremism, particularly white supremacists, are on the rise, Biden’s Justice Department has said.

And a Republican-led fight against “critical race theory” has turned the teaching of American history into a new political battleground.

Despite Biden’s pledge to get Republicans and Democrats in Congress to work together – and massive popular support – legislation on infrastructure, police reform, and gun safety still has not crossed his desk.

The Jan. 6 storming of the Capitol by Trump supporters, during which five people died including a Capitol Police officer, remains an open wound. House of Representatives Republican leader Kevin McCarthy has criticized members of his party who cooperate with a committee set up by Democratic Speaker Nancy Pelosi to investigate the insurrection.

“As we beat this pandemic and celebrate fans coming back to stadiums, we celebrate something else: a national achievement,” Biden said, hailing how frontline workers, friends, families and neighbors came together to look out for one another. “Together, as a nation, we have proved that it truly is never a good bet to bet against America.”

Asked about the future of Biden-backed infrastructure spending in Congress, McCarthy told a reporter he was only there to celebrate the Dodgers.