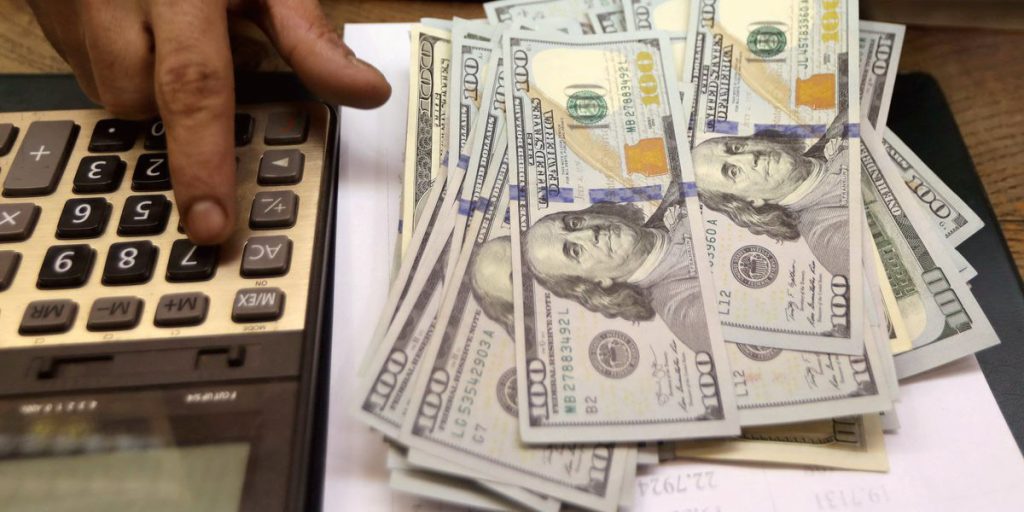 The U.S. dollar remained on the back foot against major peers on Wednesday after a two-day drop as U.S. Federal Reserve officials including Chair Jerome Powell reaffirmed that tighter monetary policy was still some way off.

The dollar index , which measures the greenback versus six rivals, was at 91.775 in early Asian trading, off a two-month high of 92.408 reached at the end of last week.

It has now given up about a third of its sharp gains posted since last Wednesday, when the Fed surprised markets by signalling much earlier rate hikes than investors previously expected.

Overnight, both Powell and New York Fed President John Williams warned that the economic recovery requires more time before a tapering of stimulus and higher borrowing costs are appropriate.

“Latest smoke signals from the Fed … all point to September as the meeting when the Fed is, on current trends, most likely to declare that substantial further progress towards their goals has been achieved, or is being achieved,” Ray Attrill, head of foreign-exchange strategy at National Australia Bank in Sydney, wrote in a client note, forecasting tapering likely won’t start until early next year.

“Their comments have seen markets row back somewhat from their largely position-driven convulsions last week.”

The yen , which tends to move inversely to U.S. Treasury yields, was mostly unchanged at 110.740 per dollar, close to the 110.825 mark reached last week for the first time since April 1.

“We will not raise interest rates pre-emptively because we fear the possible onset of inflation,” Powell said on Tuesday in a hearing before a U.S. House of Representatives panel. “We will wait for evidence of actual inflation or other imbalances.” read more

Williams said Fed officials will keep a close eye on economic data to determine when it will be appropriate to start adjusting monetary policy. “That’s still quite a ways off.”

Producer price inflation data on Friday is the next major economic focus for the United States.

Elsewhere, bitcoin traded at around $33,700 after dipping as low as $28,600 on Tuesday for the first time since early January amid a deepening Chinese crackdown on cryptocurrencies. read more