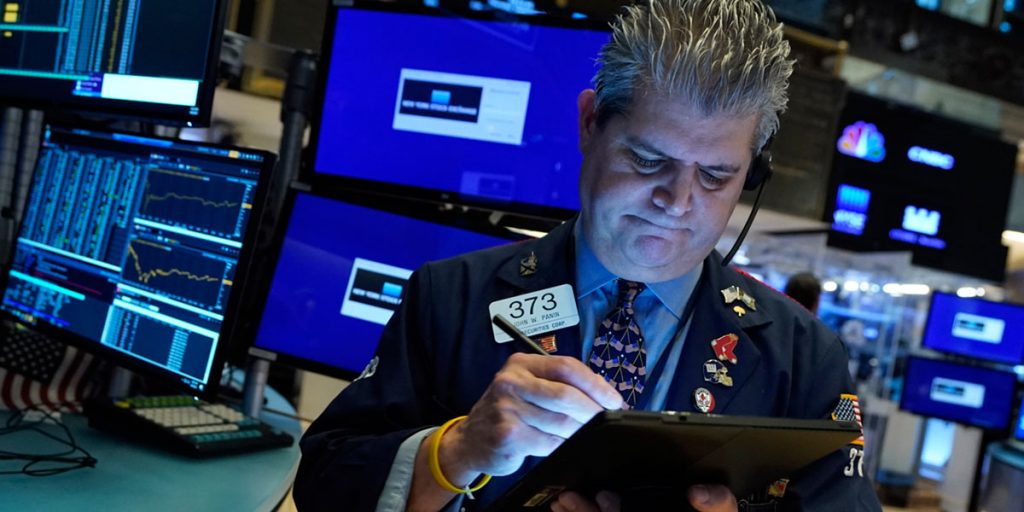 U.S. stocks fell for a fifth day on Friday, closing on session lows, as producer prices posted their biggest annual increase on record.

The selling came as investors digested the producer price index report for August, which showed prices surged 8.3% annually, the most since recordkeeping began in November 2010. Prices were up 0.7% month over month.

In addition, Wells Fargo & Co. agreed to pay a $250 million fine tied to its mortgage business.

Energy-related names, including Chevron Corp., ExxonMobil Corp. and Kinder Morgan Inc., were little changed as West Texas Intermediate crude oil climbed $1.58 to $69.72 a barrel. WTI crude has not closed above $70 since Aug. 3.

Elsewhere, Moderna Inc. will over the next few weeks seek global approval to give its vaccine to children as young as 5 years old, according to a report from Der Spiegel, citing the firm’s top two executives. Separately CEO Stephane Banel said the company would pursue acquisitions of smaller, privately held companies during remarks at a Morgan Stanley investor conference.

In earnings, Kroger Co. said it expects a smaller annual same-store sales decline than previously expected as a resurgence of COVID-19 cases has caused more customers to continue cooking at home.

Overseas markets were in rally mode.