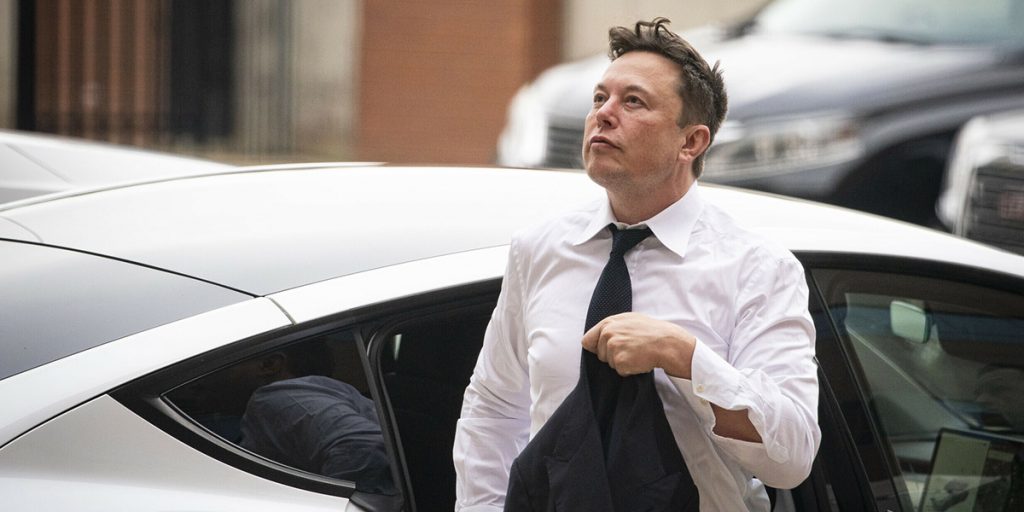 Tesla CEO Elon Musk sold about $5 billion worth of Tesla stock this week, following a Twitter poll he conducted over the weekend citing taxes.

On Monday, the world’s richest person also exercised stock options to acquire more than 2 million shares. Those shares would have been valued at more than $2.5 billion at the market’s close that day. He sold $1.1 billion worth of shares that same day as part of what filings said was a preplanned move related to the exercise of his stock options. The sale of the additional shares on Tuesday and Wednesday was not preplanned, the filings indicated.

The outspoken billionaire turned to Twitter on Saturday, asking his followers in a poll if he should sell 10 percent of his shares in the electric vehicle company. The poll collected more than 3.5 million votes, and 58 percent supported a sale.

But the SEC filings note that options he exercised were set to expire in 2022 and were part of a rule that sets a plan for insiders to trade their shares. The trading plan was adopted on Sept. 14, one of the forms said, throwing the Twitter poll’s purpose at least partially into question.

Generally, sales that are subject to that rule are preplanned, said Joshua Mitts, an associate professor of law at Columbia Law School.

“However, the criteria for triggering sales pursuant to a 10b5-1 plan can be complex, so we do not know what exactly the ‘trigger’ might have been here,” he noted in an email.

Musk phrased his Twitter poll as a tax question, telling followers that “much is made lately of unrealized gains being a means of tax avoidance, so I propose selling 10% of my Tesla stock.”

A filing with the Securities and Exchange Commission notes, “the shares of common stock were sold solely to satisfy the reporting person’s tax withholding obligations related to the exercise of stock options to purchase 2,154,572 shares as reported herein.”

In total this week, Musk has sold about 4.5 million shares, separate from the 2.1 million that he gained from stock options. As of the winter, he owned a more than 20 percent stake in the company.

Musk over the weekend appeared to refer to discussions around a billionaire tax in the U.S. Senate, which would tax unrealized gains of a handful of the richest Americans before such assets are sold.

Musk said he does not take a cash salary or bonus, so “the only way for me to pay taxes personally is to sell stock.”

Musk is the wealthiest person in the world, according to the Bloomberg Billionaires Index, worth $299 billion.

Musk is known for a charismatic leadership style, punctuated by occasional erratic behavior and Twitter antics that somtiemes land him into trouble. The Securities and Exchange Commission fined him and Tesla $20 million each after he tweeted in 2018 that he had “Funding secured” to take Tesla private at $420 a share. Musk was also required to step down as Tesla board chairman.

Musk sent the stock plunging last year when he tweeted “Tesla stock price is too high imo” using shorthand for “in my opinion.”

Musk has also been known to overpromise, putting technology into consumers’ hands before some safety experts consider it ready. Regulators have eyed Tesla’s promises of “Full Self-Driving” — driver-assistance technology that can help navigate city streets, but is not considered autonomous by industry and regulatory standards.

Musk additionally lashed out against government orders requiring Tesla to close its Fremont, Calif. factory last year in response to the global pandemic, calling them “fascist” in an expletive-laden rant on a company earnings call.