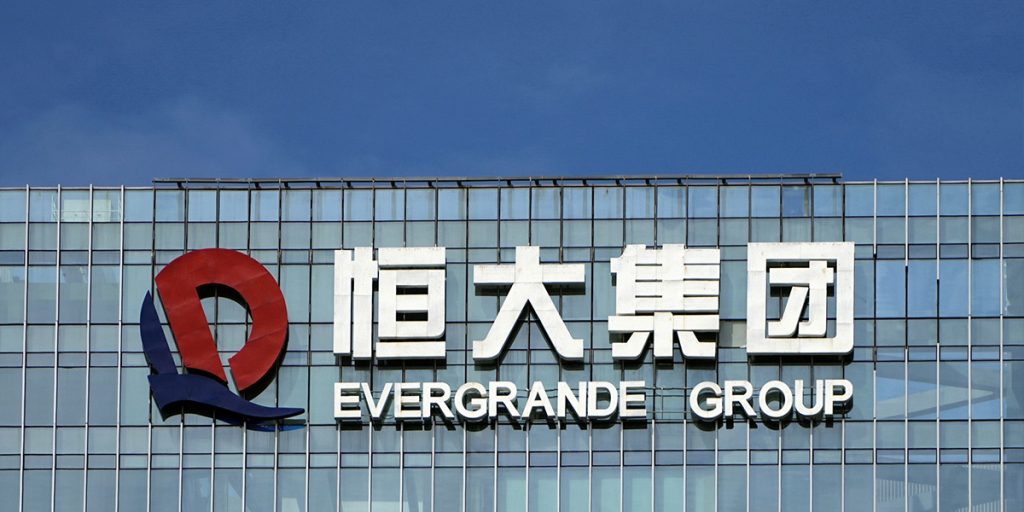 The move comes as the world’s most indebted developer has been struggling to meet interest payments on its loans.

In another sign of the cash crunch in China’s property market, another big firm is reportedly raising fresh funds.

Trading in Country Garden Services was suspended on Thursday as it looks set to sell $1bn of new shares.

Evergrande, which is saddled with around $300bn of debt, said it would book a loss of more than $1bn from selling its remaining 18% stake in HengTen.

Last week, Evergrande sold a 5.7% stake in HengTen, which raised around $145m.

The announcement of the deal came just a day before the deadline for overdue interest payments of $148m.

Evergrande has so far avoided defaulting on its debts by making overdue payments just before 30-day grace periods expired.

At the start of this year, Evergrande owned a majority stake in HengTen, which has been described as the Netflix of China but has been selling off shares to raise money to meet its financial commitments.

HengTen’s other big corporate shareholder is Chinese technology giant Tencent – it bought a 7% stake from Evergrande in July for about $266m.

Shares in Evergrande closed 5.7% lower on Thursday, while HengTen soared by 25%.

Meanwhile, Hong Kong-listed Country Garden Services will sell 150m new shares at a discount of almost 10% on their last traded price, according to reports.

The company reportedly plans to use the funds for potential takeovers, new business development, and general corporate purposes.