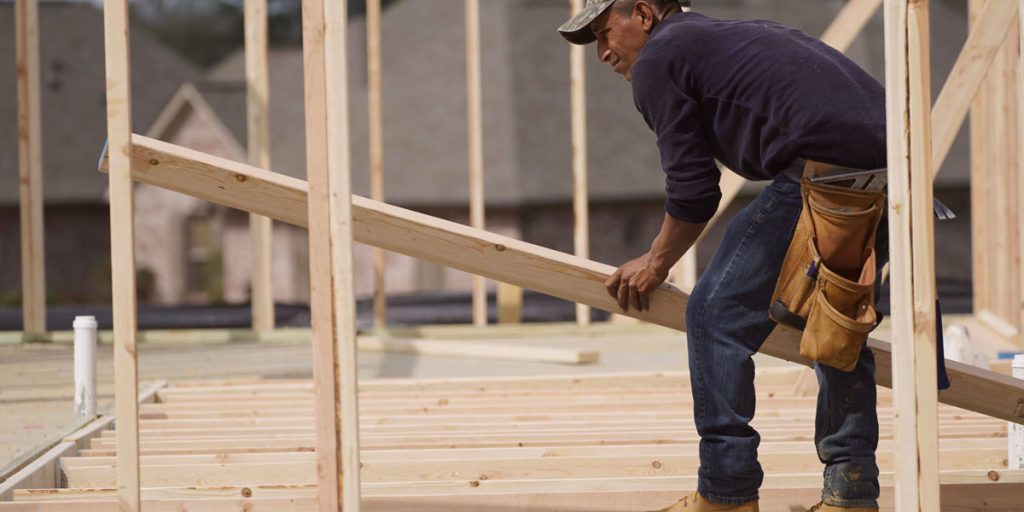 U.S. homebuilding rebounded less than expected in May as very expensive lumber and shortages of other materials continued to constrain builders’ ability to take advantage of an acute shortage of houses on the market.

The report from the Commerce Department on Wednesday also showed permits for future home construction falling to a seven-month low. Housing completions also declined while the number of homes authorized for construction but not yet started rose to the highest level since 1999, indicating supply will likely remain tight for a while and boost house price inflation.

“Shortages of materials and labor have builders struggling to increase production of new homes, though the demand remains strong,” said Robert Frick, corporate economist at Navy Federal Credit Union in Vienna, Virginia. “Potential home buyers should expect tight inventories and rising prices for both new and existing homes for the foreseeable future.”

Groundbreaking activity rose in the Midwest, the West and the densely populated South, but fell in the Northeast.

Economists polled by Reuters had forecast starts increasing to a rate of 1.630 million units. Last month’s increase still left starts below March’s rate of 1.725 million units, which was the highest level since June 2006. Housing starts, however, jumped 50.3% on a year-on-year basis in May.

Single-family homebuilding, the largest share of the housing market, increased 4.2% to a rate of 1.098 million units. Starts for the volatile multi-family segment rose 2.4% to a pace of 474,000 units.

Softwood lumber prices increased a record 154.3% year-on-year in May, according to the latest producer price data. Lumber futures contracts have dropped from historic highs set in early May as sawmills ramped up production and imports increased. Still, prices remain very high.

A survey from the National Association of Home Builders on Tuesday showed confidence among single-family homebuilders fell to a 10-month low in June.

The NAHB blamed the ebb in sentiment on “higher costs and declining availability for softwood lumber and other building materials,” noting that was driving up prices of new houses “which has slowed the strong pace of homebuilding.”

Copper is in short supply while tariffs on steel imports are also adding to building costs, which are boosting new home prices and contributing to higher inflation. Some appliances are also scarce because of a global semiconductor shortage.

A separate report from the Labor Department on Wednesday showed import prices rising 1.1% in May. That lifted the year-on-year increase to 11.3%, the largest gain since September 2011, from 10.8% in April.

“The U.S. is experiencing cost-push inflation, which historically has proven more temporary than other causes of inflation, primarily demand pull,” said Ryan Sweet, a senior economist at Moody’s Analytics in West Chester, Pennsylvania.

Stocks on Wall Street were mixed. The dollar was steady against a basket of currencies. U.S. Treasury prices rose.

Demand for bigger and more expensive accommodations amid the COVID-19 pandemic, which has left millions of Americans still working from home, is driving a housing market boom. The inventory of previously owned homes is near record lows.

House prices have increased by the most in more than 15 years on an annual basis, raising concerns that some first-time buyers could be priced out of the market.

Permits for future homebuilding fell 3.0% to a rate of 1.681 million units in May. Building permits surged 34.9% compared to May 2020. They are running slightly ahead of starts, suggesting moderate gains in homebuilding in the months ahead.

The housing market has been the star performer in the economy’s recovery from the COVID-19 recession, which started in February 2020. Residential construction investment has enjoyed double-digit growth since the third quarter of last year. Most economists expect housing will make a modest contribution to gross domestic product growth in the second quarter.

Building permits for single-family homes fell 1.6% to a rate of 1.130 million units. The number of housing units authorized to be built but not started increased 0.8% to a rate of 238,000 at the end of May, the highest since the government started tracking the series in January 1999.

Realtors estimate that single-family housing starts and completion rates need to be in a range of 1.5 million to 1.6 million units per month to close the inventory gap.

The stock of housing under construction rose 0.5% to a rate of 1.324 million units last month.