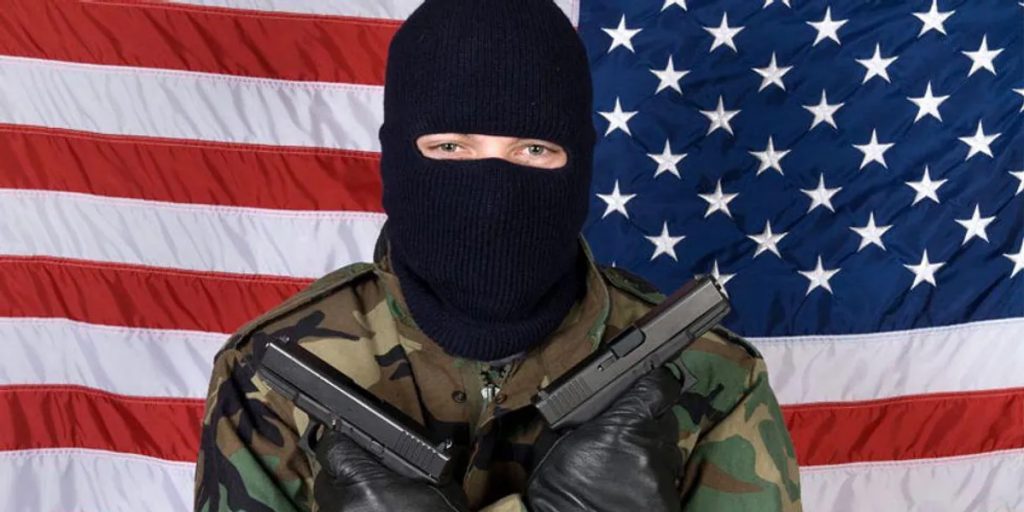 A new report identified more than 200 militia pages and groups on Facebook as of March 18, more than two months after the insurrection at the Capitol.

When Facebook CEO Mark Zuckerberg faces Congress on Thursday, to testify about extremism online, he will do so as hundreds of far-right militias, including some whose members were charged in the deadly insurrection on the US Capitol, continue to organize, recruit, and promote violence on the platform.

More than 200 militia pages and groups were on Facebook as of March 18, according to a new report published Wednesday by the Tech Transparency Project (TTP), a nonprofit watchdog organization, and additional research by BuzzFeed News. Of them, at least 140 included the word “militia” in their name.

Facebook banned some militant groups and other extremist movements tied to violence last August, after the FBI warned that such groups had become domestic terrorism threats.

TPP found that Facebook is automatically creating pages for some of the militias from content that people are sharing, expanding the reach of the groups. This is not a new problem for the site, which in 2019 came under criticism for automatically generating pages for ISIS. In addition, BuzzFeed News and TTP found that the platform was directing people who “like” certain militia pages to check out others, effectively helping these movements recruit and radicalize new members.

Many of the groups analyzed by BuzzFeed News and TTP shared images of guns and violence. Some posted anti-government messages in support of the mob inspired by former President Donald Trump that attacked the Capitol on Jan. 6. Others shared misinformation about the coronavirus pandemic and racist memes targeting Black Lives Matter activists.

“After nearly a year of promises to curb the organizing of militia groups on the platform — a threat that culminated in the attack on the Capitol January 6 — Facebook has shown that they are not capable of handling the dangers posed by their platform despite their claims to Congress and the public,” TTP director Katie Paul told BuzzFeed News.

A Facebook spokesperson told BuzzFeed News: “We’ll review the accuracy of the claims and the content referenced as soon as we have access to this report. We have banned over 890 militarized social movements and removed more than 3,400 Pages, 19,500 groups, 120 events, 25,300 Facebook profiles and 7500 Instagram accounts representing them; but simply using the word ‘militia’ does not violate our policies.”

The findings come as the Biden administration moves to crack down on domestic violent extremism. The Office of the Director of National Intelligence issued a report this month that identified “militia violent extremists” as being among the “most lethal” public safety threats.

The US Attorney’s office has charged more than 300 people with participating in the insurrection, and the government has said it expects to bring cases against at least 100 more.

Zuckerberg is also set to give his first testimony before Congress since the events of Jan. 6. Along with Alphabet CEO Sundar Pichai and Twitter CEO Jack Dorsey, Zuckerberg will be questioned by House lawmakers about social media’s role in promoting extremism and misinformation.

Facebook’s ongoing struggles with militia content on its platform paint a troubling backdrop for the hearing. As both BuzzFeed News and TTP reported in January, Facebook allowed far-right domestic extremists to openly discuss weapons and tactics, coordinate activities, and spread calls to overthrow the government for months ahead of the Capitol attack.

The new reporting by BuzzFeed News and TTP shows that Facebook’s problems with militia activity persist despite the company vowing in August 2020 to take action against them and other extremist groups that pose risks to public safety.

More than 20 of the militia groups mentioned in TTP’s report were created after Facebook’s initial crackdown. Some of them were formed in December 2020 or later, as the pro-Trump Stop the Steal movement was gaining steam.

One group, the Texas Militia, launched its page on the afternoon of Jan. 6, as the attack on the Capitol was under way. The creator and administrator of the group warned at the time that “modern technology has enabled radicals to subvert the process by which we elect our representatives.”

“We must be prepared…to defend our rights and prevent [the] takeover of our great nation by radicals, uphold the Constitution, and preserve our way of life,” he added.

TTP found that in recent weeks, some of the militia groups have circulated propaganda posts for the Proud Boys, which Facebook has banned since 2018.

One of the posts came from C.A.M.P., which stands for Constitutional American Militia Project. On March 13, the group’s administrator posted a three-minute highlight reel of Proud Boys attacks on Black Lives Matter protesters as well as footage from the Capitol riot.

At least 19 leaders, members, or associates of the Proud Boys have been charged in federal court with conspiracy and other offenses related to the Jan. 6 attack. On Tuesday, two Proud Boys, Joe Biggs and Ethan Nordean, pleaded not guilty to federal charges accusing them of helping to plan and lead the insurrection.

The militia pages not only persist on Facebook, but the platform is actually pushing people toward them, TTP and BuzzFeed News found. In doing so, Facebook is expanding the reach of the movements and “helping these organizations potentially recruit and radicalize users,” TPP’s report stated.

For instance, when BuzzFeed News visited the East Kentucky Malitia (the misspelling appears deliberate; groups and pages often alter spellings of their names to avoid detection), it was suggested to visit the pages of Fairfax County Militia and the KY Mountain Rangers.

The Mountain Rangers page then led to the Texas Freedom Force, an outfit that federal authorities investigating the Jan. 6 attack have called a “militia extremist group.” One of its members, Guy Reffitt, has been charged for participating in the Jan. 6 Capitol attack.

According to prosecutors, Reffitt’s wife shared with authorities that he also belongs to the Three Percenters, an anti-government extremist faction of the militia movement, according to the Anti-Defamation League. Several Three Percenters have been charged alongside Reffitt for participating in the Capitol attack. Many pages for the group were found by TTP and BuzzFeed News to still be active on Facebook.

Members of these groups are also using Facebook to organize events, despite revelations that Facebook failed to act on a Kenosha Guard event page that urged people to bring firearms to a Black Lives Matter protest which resulted in two people being fatally shot. Four people are suing Facebook for its alleged role in enabling the violence that overtook the city of Kenosha.

One such group, the DFW Beacon Unit in Dallas–Fort Worth, Texas, which describes itself as a “legitimate militia,” posted on Monday about holding a training session.

Some of the pages suggest efforts to coordinate with law enforcement. One page called “Carter County Oklahoma Militia” posted on Jan. 5 that it had changed its name after speaking with the local sheriff. It said the sheriff is looking for “reserve deputies” and that people interested in being a reservist should contact the page manager.