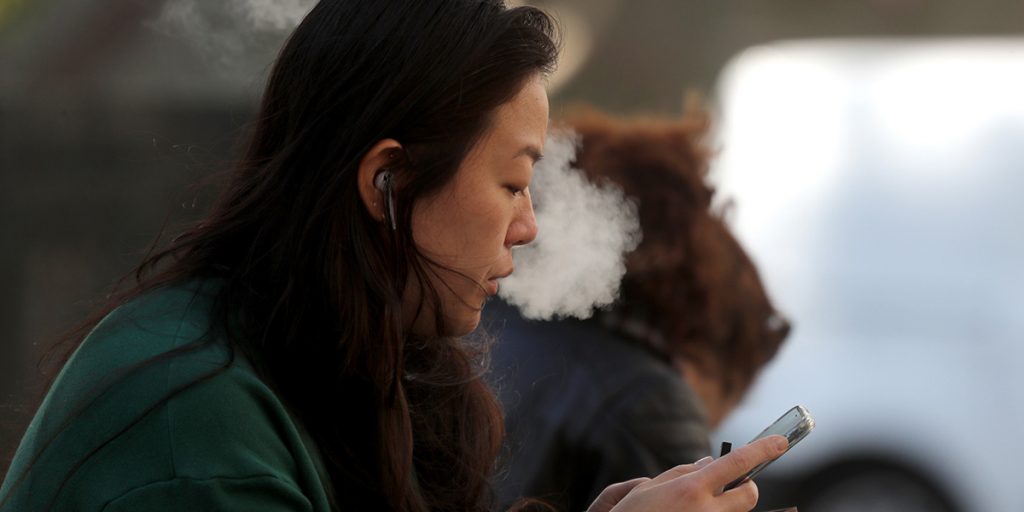 It authorized the marketing of three products from RJ Reynolds, under the Vuse brand. The FDA decided that the benefit to adults trying to quit smoking outweighs the risk of teenagers becoming hooked. The permitted products are tobacco-flavored, as opposed to the sweet flavors popular with younger people. E-cigarettes have been widely sold in the US for the past decade, but their take-up by teenagers has caused concern. Manufacturers have been waiting more than a year for official authorisation, as the FDA examined the potential pros and cons for public health.
The FDA, which was given the power to regulate new tobacco products more than a decade ago, has been carrying out a study of e-cigarettes to decide which ones can continue to be sold. A decision on the market leader, Juul, is still awaited.

A study released last month by the FDA and the Centers for Disease Control (CDC) estimated that more than two million school pupils had used e-cigarettes this year, with 80% using flavored products. Tuesday’s FDA ruling applies to the Vuse Solo ENDS e-cigarette and accompanying tobacco-flavored pods. Explaining the FDA’s reasoning, Mitch Zeller, its director for tobacco products said: “The manufacturer’s data demonstrates its tobacco-flavored products could benefit addicted adult smokers who switch to these products – either completely or with a significant reduction in cigarette consumption – by reducing their exposure to harmful chemicals.” He also warned that the authorisation could be withdrawn if there were signs of significant use of the product by people who did not previously use tobacco, including young people.

The FDA said that young people were “less likely to start using tobacco-flavored ENDS products and then switch to higher-risk products, such as combusted cigarettes. “The data also suggest that most youth and young adults who use ENDS begin with flavors such as fruit, candy or mint, and not tobacco flavors.” RJ Reynolds must also comply with restrictions on digital and TV advertising of the products under the ruling. But the FDA rejected the authorization of 10 more Vuse Solo flavored products, without specifying which ones, and said they should be removed from the market if on sale. The American Lung Association, which campaigns against smoking, expressed disappointment at the FDA decision.

“The American Lung Association is dismayed that FDA will permit three Vuse products to remain on the market in the US, including products that contain almost 5% nicotine. The harm these products cause to youth shows that they fail to meet the Tobacco Control Act’s public health standard.” RJ Reynolds, part of British American Tobacco, said the decision showed its vaping products were suitable “for the protection of public health”.