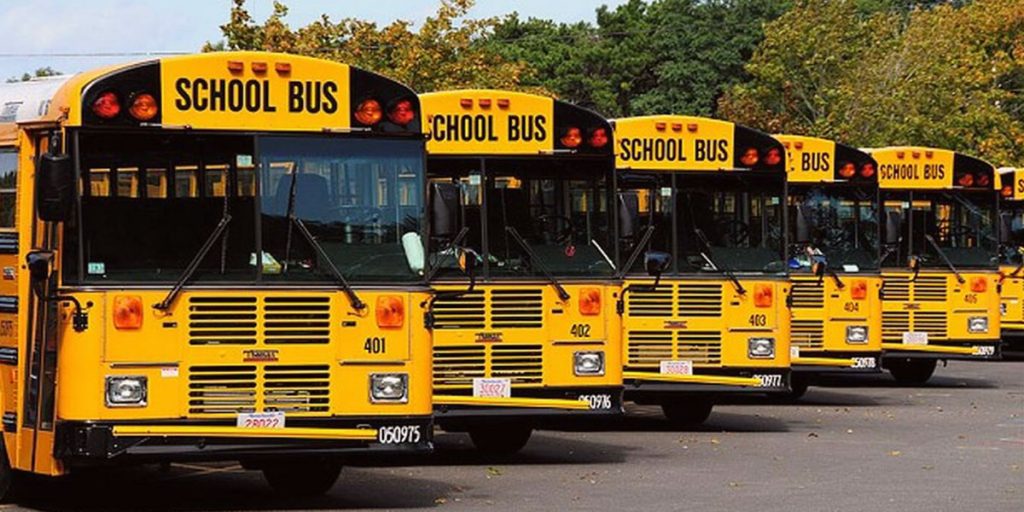 British multinational transport company FirstGroup is facing a shareholder rebellion over the sale of its two U.S. bus businesses — one of which operates the iconic yellow school buses — to Swedish private equity firm EQT.

Glass Lewis, one of the world’s largest shareholder proxy advisors, will also vote against the deal at FirstGroup’s AGM on May 27, citing “poor transaction timing and inadequate valuation”.

Coast Capital CIO James Rasteh told CNBC on Friday that it would be “very irresponsible to vote in favor of this transaction,” which he said represents “a clear destruction of value”.

The two businesses constitute a significant majority of FirstGroup’s global revenue, but the company has opted instead to focus on its U.K. bus and train operations, along with the sale of U.S. intercity bus service Greyhound.

Coast Capital owns a 14% stake in FirstGroup while Schroders owns 12%, according to Refinitiv data. The company’s third-largest shareholder, Columbia Threadneedle, has backed the EQT sale, along with proxy advisory agencies ISS, IVIS, and PIRC.

The backlash centers on FirstGroup’s dismissal of other proposals for the sale of its U.S. businesses. According to two senior banking sources with knowledge of the process, who wished to remain anonymous due to their professional standing, one alternative proposal would potentially have given higher long-term returns to shareholders than the proposed deal with Swedish private equity firm EQT.

An email in late April from sale advisor JPMorgan Cazenove to senior executives at FirstGroup including CEO Matthew Gregory, seen by CNBC, addresses one proposal for a $4.7 billion acquisition of the U.S. businesses, which sources have confirmed was from the SPAC (Special Purpose Acquisition Company) division of UBS.

The sources claim the deal would have enabled the two businesses to list as a U.S. company with current shareholders retaining their stake and maintaining the value created from the sale. The EQT offer is characterized in the email as worth $4.5 billion with around $1.17 billion worth of deductibles.

The representative from JPMorgan Cazenove, which advised on the EQT Infrastructure sale alongside Rothschild & Co. and Goldman Sachs, explains that Coast Capital will likely perceive the proposal to be “probably at least 25% more attractive than offer EQT,” although the representative doesn’t confirm that it is worth 25% more. The email also adds that Coast Capital “will want to feel we looked at it with an open mind and were not too quick to dismiss it”.

In a statement Friday, FirstGroup accused Coast of relying on a “grossly misleading” EBITDA (earnings before interest, tax, depreciation, and amortization) figure due to errors in factoring in exchange rates, earnout (future compensation for the sellers of the business based on financial performance or future sale), working capital and deferred capital expenditure. The company also attacked the hedge fund’s book value multiple and peer comparisons.

Coast Capital issued its own lengthy response to these claims in a statement Monday, alleging multiple inaccuracies in FirstGroup’s representation of the figures and claiming the company has attempted to “use accounting tactics to try to hide the plain inadequacies and exceptionally low valuation that this bid places on shareholders’ most prized assets”.

“The board also does not seem to understand that these businesses stand to benefit from material federal subsidies and a re-opening and rebounding U.S. economy,” it added.

FirstGroup has reiterated that it embarked on a “comprehensive and competitive sale process,” which included more than 40 bidders, and said all of Coast Capital’s proposals over several years had been carefully considered.

FirstGroup cited an earnout structure for First Transit in which the company will receive 62.5% of First Transit’s value above $380 million “either on the third anniversary of the sale or sooner if Transit is sold to a third party”.

“When I joined the Board in August 2019, I clearly stated my objective was to unlock the value within the Group,” FirstGroup Chairman David Martin said in the statement on Friday.

“Following a full strategic review, we undertook a comprehensive and well-publicized sale process, which achieves a full value and enables the Group to return value to shareholders, address its legacy challenges and strengthen its position for the future”.

Coast Capital has disputed this, claiming that if EQT does not sell the business for a higher value within three years, a messy arbitration process will likely follow as the private equity firm and shareholders try to arrive at a fair equity value for the business.

“We’re certainly happy to include the earnout as part of the multiple if they paid it upfront,” Coast Capital Partner Chad Tappendorf said. “But they don’t, and it’s not market practice at all to include something that’s not certain in a headline multiple”.

When management first announced the sale with its representation of the value is generated, FirstGroup’s share price rallied 17% to an intraday high of 101.30p on April 23, 2021. However, Tappendorf noted that as shareholders reviewed the presentation and began to question the value assigned by the company, the share price declined by around 27% to 73.10p over the following two weeks.

The two senior banking sources claimed that having begun the process prior to the Covid-19 crisis, FirstGroup had refused to consider any options beyond the EQT deal, having entered into a “no-shop clause” with the Swedish private equity firm prior to announcing intentions to sell the business.

“The decisions that they made 18 months ago were the right decisions, but they didn’t update those decisions for the new world,” one source said.

“For the process that they ran, this was a fair price, but the process was the wrong process”.

In its voting recommendation report, however, shareholder proxy advisor ISS noted that while the no-shop clause restrains the board from “procuring, soliciting or encouraging potential bidders” to make a competing offer, it would be permitted to consider an “unsolicited competing proposal” so long as it was received before the resolution was approved by shareholders and constituted a “superior offer”.

Another source, an independent transatlantic M&A expert with direct knowledge of the sale process, who preferred to remain anonymous due to commercial sensitivities, told CNBC that “the absence of the fairness opinion suggests that in the rush to complete this transaction, FirstGroup management tripped over a bad deal”.

A fairness opinion is a summary letter prepared by an investment bank or independent third-party professional determining whether the terms and finances of a merger or acquisition are fair.

“The lack of fairness opinion. rendered by an independent advisor, as well as increasing evidence obtained by Coast Capital that more attractive alternatives exist which continue to be ignored, are all evidence of a board failing to meet its fiduciary responsibilities,” Coast added in its statement Monday.

While no fairness opinion was given, FirstGroup was advised by three investment banks through the sale process.