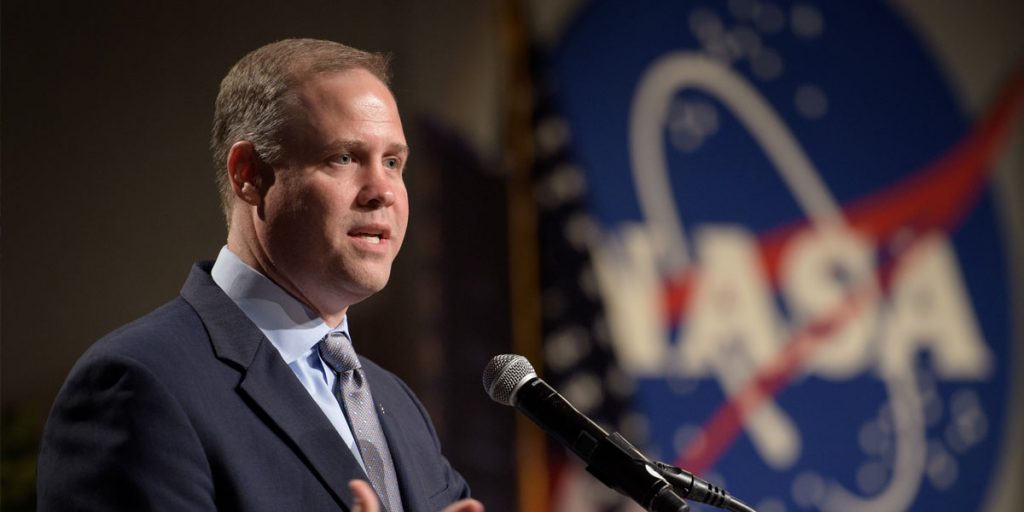 Former NASA administrator Jim Bridenstine is joining space-based broadband firm Viasat’s board of directors as his latest post-NASA gig, after joining a space-focused private equity firm in January. Wading into the world of satellite internet, he says he’s concerned about the digital divide and the future of humanity, and he wants to try something new.

“When I left NASA I had a lot of different phone calls and texts on what I should be doing next or what I could be doing next,” Bridenstine tells The Verge. A mentor, he said, suggested he reach out to companies he’s interested in, so he emailed Viasat’s cofounder and executive chairman Mark Dankberg and asked if they need any help.

“There’s a digital divide and we need to close that,” the former Congressman and NASA chief said, adding that he thinks Viasat’s approach of beaming internet from long-distance orbits with massive, high-throughput satellites is the right plan. He said he was also attracted by the company’s goal of cutting internet costs — almost invoking a mantra similar to the one he repeated non-stop at NASA about cutting costs of astronaut rides to space.

“I mean, ultimately, if we want more of the world to be connected, we have to drive down the costs,” he said.

Southern California-based Viasat, a longtime provider of internet from space, plans to launch its technologically complex but long-delayed trio of internet satellites, called ViaSat-3, in roughly six-month intervals beginning in the first quarter of 2022. From super high orbits, those three satellites will shower the world with broadband internet at a throughput capacity of one terabyte per second.

Smaller satellites in lower orbits, and in larger swarms, are all the rage in satellite broadband these days, where the their proximity to Earth reduces the time it takes for internet signals to beam into homes and businesses. SpaceX’s Starlink constellation is growing rapidly, with over 1,300 satellites launched to space since 2019. Jeff Bezos’s Amazon is planning its own constellation called Project Kuiper. Both constellations are multi-billion-dollar undertakings, an investment that has sent other companies into bankruptcy. Viasat also has plans to send 300 internet satellites into low-Earth orbit.

For Viasat, bringing Bridenstine on board will help the company get an edge in “space systems and network technology globally,” Dankberg said in a statement, adding that “Jim is also an ardent proponent of preserving safe access to space via proactive measures to protect the space environment and contain orbital debris.”

Bridenstine wasn’t sure how demanding the new job will be, but he’ll partake in Viasat’s quarterly board of director meetings and possibly its annual shareholder meetings. “But if there are other areas where I can either fill gaps or provide support during the course of the year, I have no doubt that Viasat will probably be giving me a call,” he said.

NASA NewsSatellite Internet
Previous ArticleFacebook Made It Easier To See News Feed Chronologically, but There’s a CatchNext ArticleWhite Claw Will Make Its Biggest Ad Push Ever As Seltzer Space Heats Up