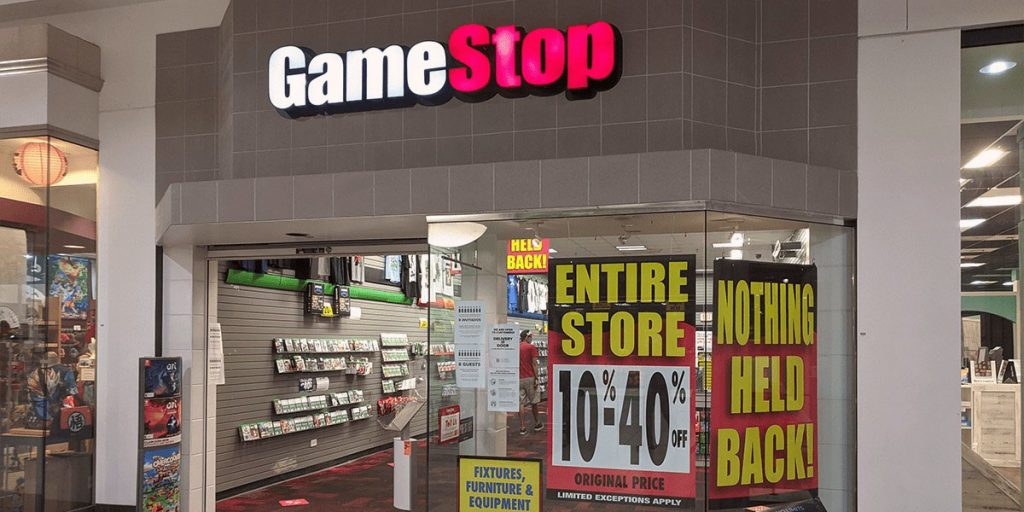 Shares fell more than 12% in extended trading on Wednesday, after the company declined to provide an outlook for the year and said it may sell as many as 5 million shares.

Here’s how the company did for the fiscal first quarter ended May 1, compared with Refinitiv consensus estimates:

The company declined to provide a forecast for the year. It said sales momentum continued into the second quarter, with total sales in May increasing about 27% compared with the same month a year ago.

GameStop filed a prospectus with the Securities and Exchange Commission to sell up to 5 million shares of its stock from time to time, in “at-the-market” offerings. The funds it raises through these stock sales will be used for general corporate purposes, investing in growth initiatives and strengthening its balance sheet, the company said.

As of May 1, GameStop said it had paid off its long-term debt and no longer had any borrowings under its asset-based revolving credit facility.

The video game retailer’s stock has gyrated wildly over the past several months as retail traders have shared tips on Reddit and tried to fuel short squeezes for companies including GameStop, AMC Entertainment, Bed Bath & Beyond, and Clover Health — collectively the group has become known as meme stocks.

The trading frenzy has gotten the attention of the SEC. In a filing Wednesday, GameStop said it had received a request from the SEC on May 26 to voluntarily provide documents and information. The company said it was reviewing that request and planned to cooperate.

GameStop has tried to catch investors’ attention in other ways, as it focuses more on e-commerce and poaches talent from other companies. This spring, it tapped Chewy co-founder Ryan Cohen to lead efforts to grow the online business. He was named chairman at a shareholder meeting Wednesday. The company also hired several former Amazon executives, including Jenna Owens, its new chief operating officer; Matt Francis, its first chief technology officer; and Elliott Wilke, its chief growth officer.

Yet some analysts are unconvinced that the longtime brick-and-mortar retailer can pivot its business and believe the company has been propped up by speculation.

Loop Capital analyst Anthony Chukumba dropped his coverage of GameStop earlier this year following the Reddit frenzy. He told CNBC that the video game retailer’s challenges run deep regardless of who it hires.

“It’s great that these guys worked at Amazon. Amazon is a very successful retailer that I do cover, that I’m very familiar with, but at the end of the day, GameStop’s problems have very little, if anything, to do with e-commerce,” Chukumba said on CNBC’s “Closing Bell.”

“Their problem is not that they’re not a good omnichannel retailer. The problem is that gamers are increasingly downloading video games,” he added. “Look, they can hire Jeff Bezos when he comes back from space. … It’s not going to make a difference. The symptoms are not aligned with the medicine that the doctor is giving them. You can hire anyone you want from Amazon — not going to make a difference.”