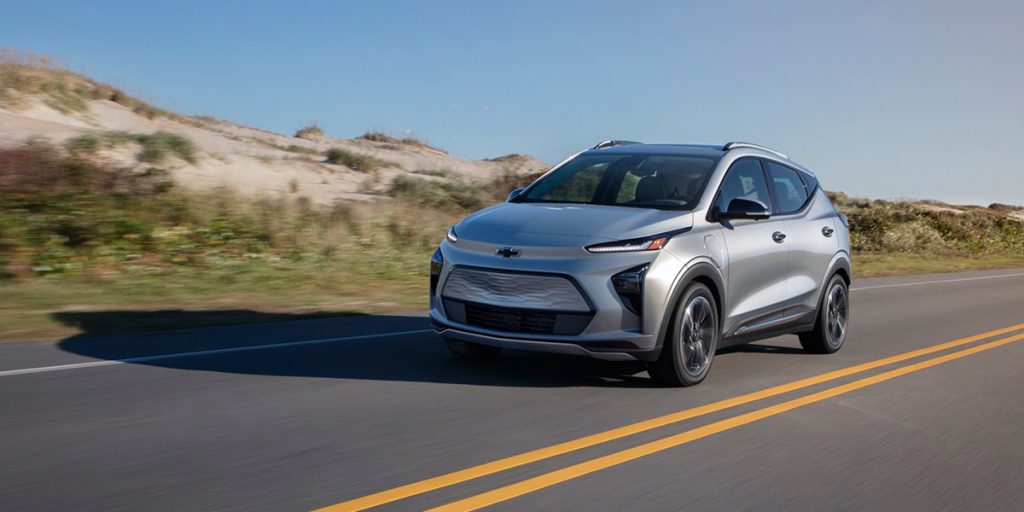 General Motors on Friday said it is expanding its recent recall of Chevrolet Bolt EVs to newer models of the electric car due to potential fire risk. The recall expansion is expected to cost the automaker an additional $1 billion, bringing the total to $1.8 billion to replace potentially defective battery modules in the vehicles. GM said about 73,000 vehicles in the U.S. and Canada are being added to the recall from the 2019-2022 model years, including a recently launched larger version of the car called the Bolt EUV. The former recall involved about 69,000 of the cars globally from the 2017-2019 model years, including nearly 51,000 in the U.S.

The expanded recall now includes all Bolt EV models ever produced, casting a shadow over GM’s first mainstream electric vehicle, as it attempts to transition to exclusively sell EVs by 2035. It also adds to billions of dollars in problems for new EVs amid the Biden administration’s push for 50% of all new cars sold to be electric vehicles by 2030. The stock closed Friday’s session at $48.80, down less than 1%. GM said it is pursuing reimbursement commitments from EV battery supplier LG Energy Solution, which produced the defective parts in plants in South Korea and Michigan. Parts from the U.S. plant were previously not involved in the recall.

The automaker plans to replace the vehicle’s costly battery cell modules. GM also said it is working with LG to rectify the cause of the defects and increase production of the new modules. “Our focus on safety and doing the right thing for our customers guides every decision we make at GM,” Doug Parks, a GM executive vice president who oversees products, purchasing, and supply chains, said in a release. “As leaders in the transition to an all-electric future, we know that building and maintaining trust is critical. GM customers can be confident in our commitment to taking the steps to ensure the safety of these vehicles.” The expansion follows the companies finding that the batteries for these vehicles may have two manufacturing defects — a torn anode tab and folded separator — present in the same battery cell, which increases the risk of fire. GM has confirmed one fire in the new population of recalled vehicles. That’s in addition to at least nine previous confirmed fires in the first round of vehicles that were recalled.

GM also said it will notify customers when replacement parts are ready. In the meantime, GM is asking affected Bolt EV owners to set their vehicles to a 90% state of charge limitation using Hilltop Reserve mode (for 2017-2018 model years) or Target Charge Level (for 2019 model year) mode. GM also is asking owners to avoid depleting their battery below approximately 70 miles of remaining range and, as it advised last week, continue to not park their vehicles inside or charge them unattended overnight “out of an abundance of caution.”