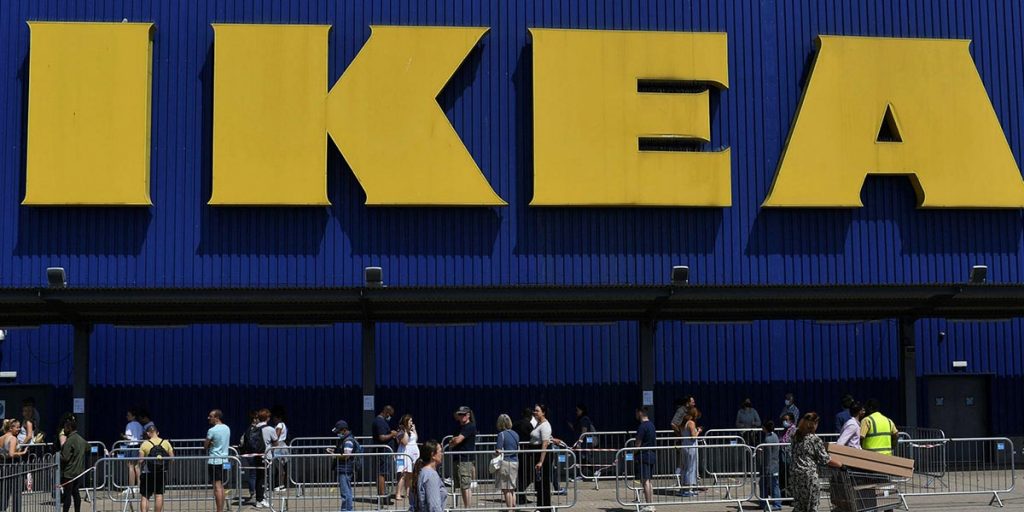 On Wednesday, Ikea reported a drop in full-year profit due to higher transport and raw material costs. In the coming year it will pass some of these costs on to its outlets, which will be free to then charge customers more, the Reuters news agency reported. Businesses have been struggling with supply chain problems as economies recover from the Covid pandemic. The Swedish furniture giant saw record demand during the pandemic as people spent more time at home. However, pre-tax profit at Ikea Group, which makes most of its money selling goods to its franchisees, fell 16% in the year to September to €1.7bn (£1.4bn). Compared with 2019, before the pandemic, profit was down 4%. The biggest hit to its income came from “the steep increase in transport and raw material prices in the second half of the financial year,” it said. “Keeping Ikea stores and warehouses stocked has been a challenge. Supply chain disruptions led to a substantial drop in the availability of products that we have yet to recover from. We expect this will continue far into [Ikea’s 2022 fiscal year],” it added.

Chief Financial Officer, Martin van Dam, said that the effects of the global supply chain crisis and high energy prices could last for some time, saying he expected 2022 to be “a more difficult year with more challenges”. Ikea didn’t hike its product prices to retailers in the year to September but indicated it would pass on some of the higher raw material and transport costs to store owners this fiscal year. “Though we can’t continue to secure fixed prices to the retailers under these challenging conditions, we also plan to absorb part of the increased costs during FY22,” it said. Mr. Van Dam said store owners would have some freedom to decide whether, or to what extent, they would pass on higher prices to shoppers. The Ikea announcement comes after chief executive Jesper Brodin said in mid-October that congestion at ports had led to supply problems. “We need to live with disturbances for the year to come,” he said. Ikea has been forced to buy additional shipping capacity to address product shortages.