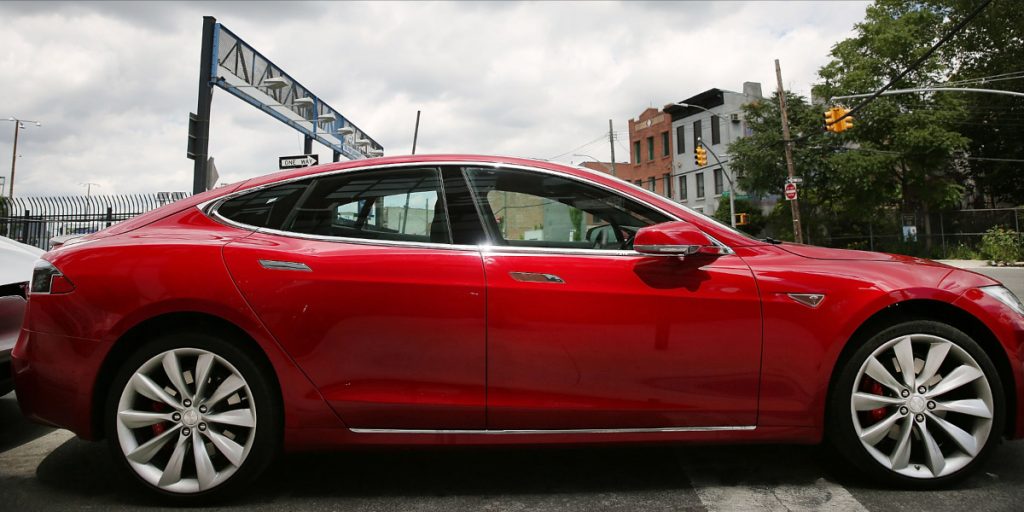 The used car market is getting another major infusion of venture capital today, with one of the faster-scaling startups out of India picking up a major round of financing to double down on growth: Cars24 — a site and app that sells users cars and used two-wheeled motorbikes — has raised $450 million, a Series F of $340 million and $110 million in debt. The investment values Cars24 at $1.84 billion post-money, the company said, making it one of the more valuable privately-held used car startups globally.

DST Global, Falcon Edge, and SoftBank Vision Fund 2 co-led the Series F, with Tencent and existing investors Moore Strategic Ventures and Exor Seeds also participating. The debt round came from a mix of financial institutions. This fundraise, now confirmed and the official was rumored in past weeks, although at a smaller amount: it didn’t include the debt portion, and some reports were based on regulatory filings for less than the sum ultimately raised.

Vikram Chopra, the CEO who co-founded the company in Gurugram with Mehul Agrawal, Ruchit Agarwal, and Gajendra Jangid, said that the plan will be to use the funds across a range of areas.

They include national and international expansion (it’s already operating in India, Australia, and UAE, and has its eyes on more markets); technology (specifically areas like further expanding its virtual appraisal process, as well as more data science around pricing and other details related to sales and after-sales); and financing both to buy in vehicles, as well as to help consumers make purchasing a vehicle a viable economic option.

Cars24 is active in more than 200 cities in India, and it has sold 400,000 vehicles to date (both cars and motorbikes) with upwards of 13 million monthly visitors on its site. All this gives it claim to being the largest platform of its kind in India. But its ambition is to improve the inefficiencies of selling a car, or buying a used car, in many parts of the globe, not just its home market.

“Buying or selling a car is hard anywhere in the world,” Chopra said in an interview. “It’s just a broken experience everywhere, so we are trying to solve for this.”

This is also where the financing and technology figure significantly. When Cars24 first started out in 2015 in India, Chopra said, it faced the added issue (or opportunity?) of a tricky economic landscape with very low car ownership penetration overall — just 2%, or 2 cars per 100 people, compared to typically between 50 and 80 cars per 100 people in Europe.

“But buying a used car in India is a way for a person to own any car,” Chopra said. In a country like India, “we want to take the penetration to 10 or 15.” He added that the car resale market today in India is around $25 billion, but is on track to soon get to $100 billion.

Cars24 has been built around a “buying-in, fixing up, and then reselling” model similar to that of the real-estate juggernaut Opendoor: it appraises vehicles from individuals looking to sell them; buys them up if an agreed price can be reached; reconditions them, and then re-sells and delivers them to new owners. This model, Chopra said, gives Cars24 an edge over some of the shortcomings that exist with traditional players (both on and offline).

First, it provides a centralized platform, cars24.com, and its corresponding app, where users can browse a one-stop-shop inventory that goes beyond their local areas (and local dealers). That inventory is curated and made discoverable using a number of algorithms, and pricing is also determined by Cars24’s technology.

“Cars24 is building a data-enabled tech platform that is organizing the fragmented used car market in India,” said Munish Varma, managing partner, SoftBank Investment Advisers, in a statement. “We have been closely tracking its approach and efforts that have disrupted the used car retailing in India.”

“We believe Cars24 is enhancing the customer experience in the used car industry with its sharp focus on technology,” said Sumer Juneja, partner, SoftBank Investment Advisers, in a statement. “We will continue to support this growth given our expertise in e-commerce businesses across markets”.

Second, when consumers do make a purchase, they can keep and try out a vehicle for up to seven days “and return it if you don’t like it.”

This, Chopra continued, is in contrast to other used-car sales sites, as well as physical dealers: either they don’t offer trial runs, or (in the case of physical dealers or individual offline sellers), they might give a driver 10 or 15 minutes tops, with someone attending you as you drive the vehicle around: not a great way to discover what you like or don’t like about a vehicle.

It’s also a model that investors believe will give Cars24 an edge over competitors.

“We have studied used car platforms globally and are struck by the similarities we see between Cars24 and analogous businesses that have scaled successfully,” said Navroz D. Udwadia, co-founder of Falcon Edge Capital, in a statement. “Cars24 has cemented its first-mover advantage by building wide-ranging supply side moats, which in turn drive demand liquidity on the platform. In positioning itself as a buying and selling solution for consumers, Cars24 drives immense top-of-mind recall. It is rare to find a business as focused on the consumer experience and as driven to ensure it is outstanding via the use of data science and technology. Finally, we are deeply impressed by the founders’ leadership, and are thrilled to back them as they transform the used car industry in India and scale internationally across MENA and SE Asia.”

A used vehicle sales platform raising a huge amount of money is somewhat ironic given some of the bigger trends in the world of transportation.

Some have theorized that a wave of factors — they include the rise of ubiquitous e-hailing apps like Uber; on-demand car-sharing services like Getaround or Zipcar; a push in urban centers encouraging people to use a wider array of transportation options to offset traffic; and bigger environmental trends that are leading some to eschew gas-guzzling autos — would push the world away from car ownership. Yet essentially, Cars24 (and others like it) are extending the life of a lot of older models to keep more vehicles in circulation and private hands.

But using Uber can get pricey and is not the same as having your own wheels, and the desire to have your own vehicle is perhaps at a high point right now because of Covid-19 and people concerned about spreading or catching the virus, Chopra said.

“It’s not the case in India that fewer people want to own cars,” he said. “During the pandemic, we have seen a lot of demand, in India specifically.” On new, greener vehicle technology, this is also interesting and will simply present another class of vehicles on Cars24 as adoption of electric vehicles increases, he added. But it’s not all quite there, yet.

The strength of the current opportunity is partly why it seems that we’ve found ourselves crowded with startups and scale-ups hoping to define the new generation of used-car-sale platforms.

Others in the same space that have recently raised money include close competitors like Spinny, also out of India; Cazoo in the UK, which has now gone public; InstaCarro out of Brazil; Kavak out of Mexico; and Carsome from Malaysia, among many others. Carvana, one of the biggest used-car platforms, is also publicly listed and is now valued at nearly $28 billion.

What has been interesting is that each of these big players has up to now carved out very strong markets for themselves in their home countries, and they are only more recently moving to expand internationally. Cars24 has attracted hundreds of millions of dollars in funding (it also raised $200 million less than a year ago) in part because its investors think it has what it takes to export, and thus scale, its model beyond the huge market of India.

“Cars24 is at the forefront of transforming the way consumers buy and sell cars by providing a unique end-to-end digital shopping and transaction experience,” said Rahul Mehta, managing partner at DST Global, in a statement. “They have emerged as the undisputed leader in the used car space in India and early traction in international markets is exceeding expectations. We love backing founders who are bold and ambitious thinkers and couldn’t be more excited to enter the second innings of our long-lasting partnership with Cars24.”