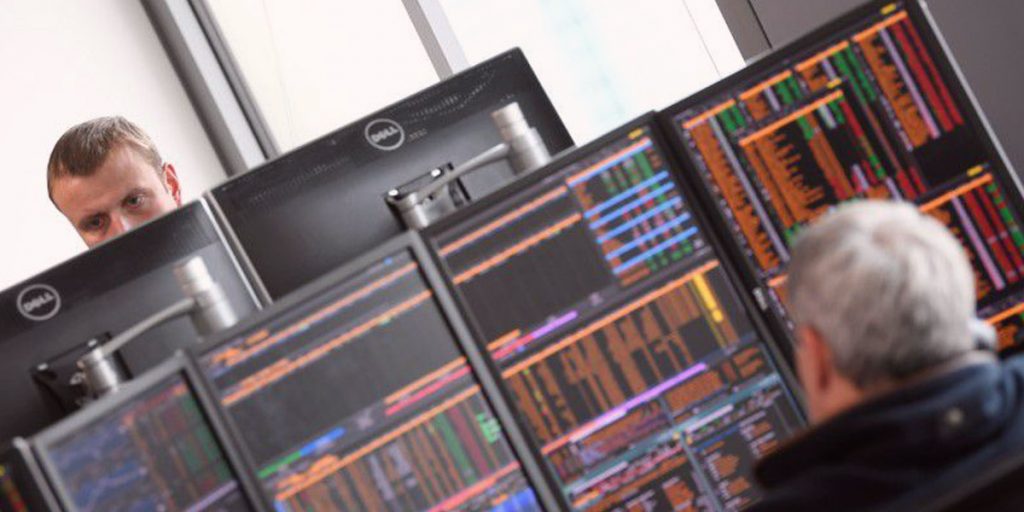 Market participants are girding for probably the biggest trading event of the year next Friday, as FTSE Russell stages the final reconstitution of its indexes, and trillions of dollars in investments could be influenced by the event that will reflect a wild trading year marked by the pandemic and the “meme” stock craze.

It is often the heaviest trading volume day of the year, as investors and fund managers scramble to buy or sell shares to dozens or even hundreds of companies to reflect changes in indexes. Many this year will be watching “meme stocks” like GameStop or AMC Entertainment whose value soared. Companies that went public through mergers with a Specialty Purpose Acquisition Company (SPAC) will also be on the radar.

As of the end of 2020, about $10.6 trillion in investor assets was benchmarked to Russell’s U.S. indexes, according to FTSE Russell.

While FTSE Russell has occasionally tweaked its rules for inclusion in its indexes, such as allowing companies with multiple share classes to remain in or be permitted for inclusion, this year’s reconstitution has no methodology changes.

“Our policy team obviously regularly talks to the market participants and our committees and there were no new rules identified that were needed,” said Catherine Yoshimoto, FTSE Russell Director of Product Management.

Stock market volatility took the index on a wild ride in the past two years. In early 2020, stocks sold off when the pandemic hit but then rebounded late in the first quarter to remain about flat from the previous year. This year the market cap for the index surged as stocks have rebounded along with vaccine distribution and a reduction in pandemic-induced lockdowns.

“It’s more assets, more appreciation, you’ve got some stocks that have gotten bigger weight changes so they are going to see more trading volume because there is jumping around, so this is a bigger trade this year than it has been in previous years” said Steve DeSanctis, equity strategist at Jefferies in New York.

Perhaps no group of stocks exemplified the pandemic trading environment more than the so-called “meme stocks” such as GameStop (GME.N) and AMC Entertainment (AMC.N).

Shares for those companies had languished and even been shorted by many institutional investors due to poor fundamentals. They took off like a rocket as retail investors using commission-free trading services looked for places to invest government stimulus checks.

GameStop is expected to graduate to the Russell 1000 large cap index. Managers who have chosen not to own those stocks prefer they stay within the index so as not to disrupt their performance versus the benchmark.

“Where those stocks move will dictate a lot of active manager’s relative performance over the following six, eight or 10 months after the rebalancing,” said Keith Buchanan, senior portfolio manager at Globalt in Atlanta.

“I would rather have AMC in the benchmark because obviously since I don’t own it I think it is overvalued.” Therefore, if AMC falls, his investments would look better against the benchmark.

Goldman Sachs expects 255 additions to the Russell 3000 and 295 deletions, and expects 57 stocks will enter the Russell 1000, including 34 currently in the Russell 2000. Goldman anticipated a total of 279 stock will enter the small cap index, comprised of 232 new components and 47 being knocked down from the large cap index.

A big portion of expected adds will be companies that went public through a merger with a SPAC. Jefferies’ DeSanctis estimates over 25% of additions to the Russell 3000 are SPAC companies.

“It is the year of the SPAC, the year of the meme stock – and here they are having ramifications on real money,” said Ross Mayfield, investment strategist at Baird in Louisville, Kentucky.

During the event every year, volume surges near the close, often resulting in the biggest trading volume day of the year. The Nasdaq and New York Stock Exchange have contingency plans for the event.

KBW analyst Melissa Roberts expects the bulk of passive fund trading related to the reconstitution will occur in the last 15 minutes or so of the session and estimates the net trade will total nearly $75 billion.

“Let’s face it, for the New York Stock Exchange – Russell reconstitution, from a trading standpoint, is the greatest show on earth, that’s where it all comes down,” said Gordon Charlop, a managing director at Rosenblatt Securities in New York.