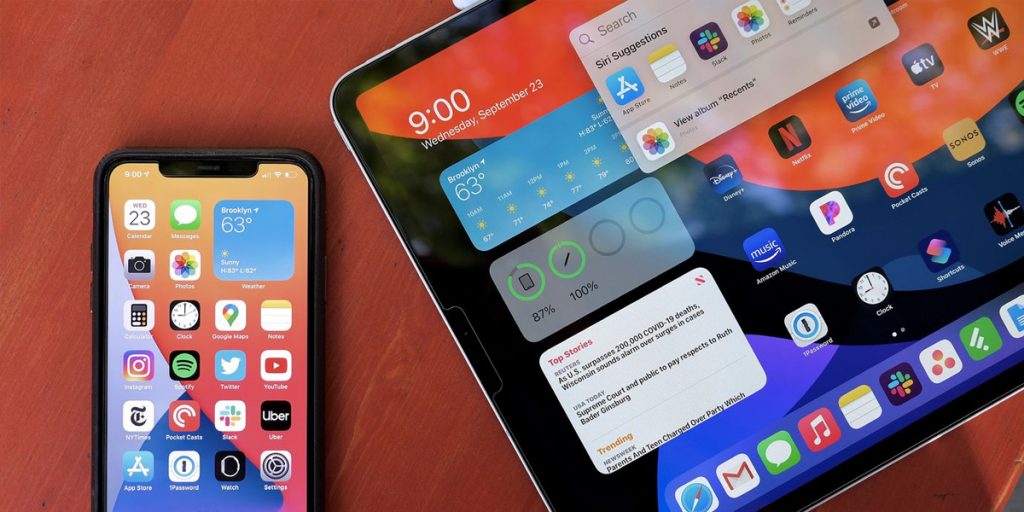 Arizona House Bill 2005, a hotly contested piece of legislation that would have imposed developer-friendly changes to Apple and Google’s mobile app stores, is now on death’s door. The bill, which would have allowed alternative payment systems on Android and iOS that bypass the stores’ 30 percent cuts, mysteriously disappeared last week prior to a scheduled vote that could have sent it straight to the governor’s desk to be signed into law.

The bill had just won a landmark victory in the Arizona House of Representatives earlier this month, and the state Senate was officially set to begin its vote at 3PM local time. HB2005 was the first bill on the agenda, yet it never came up. Now, it turns out that the Senate decided to pull the bill at the last minute, and its sponsor tells The Verge that its fate is effectively sealed for the rest of the year. Arizona will wrap up its congressional session next month with no plans to hear HB2005 again.

That’s bad news for the bill’s proponents, which include a coalition of app makers and prominent Apple critics that have been outspoken in recent months on the need for regulations on mobile app distribution. The fight is being led by the Coalition for App Fairness (CAF), an industry group consisting of Apple critics and competitors like Fortnite maker Epic Games and Spotify, that has taken the fight against alleged app store monopolies to the local stage.

The CAF has begun lobbying state legislatures to introduce bills in more than a half-dozen states at this point, to varying degrees of success. HB2005 was its most promising campaign yet, after a failure in North Dakota last month sank one of the first legitimate app store bills to go to vote.

The primary goal of these bills is to allow developers to bypass Apple and Google’s 30 percent app store commission, while much loftier aims include forcing Apple to allow entire alternative app marketplaces on iOS and making it illegal for tech companies to retaliate against developers for trying to bypass the app store policies. Apple has decried such bills by saying they threaten to “destroy the iPhone as you know it” by opening it up to security risks and undermining the revenue stream it says helps enforce App Store reviews and other benefits, though the company has only ever spoken publicly about such legislation through submitted testimony. Without Arizona, the movement is that much weaker.

SoSo who killed HB2005? We don’t really know, but a clearer picture is beginning to emerge. At the very least, congressional members have now been willing to say publicly that Big Tech lobbying had a noticeable effect on the bill just before it went up for a vote.

State Rep. Regina Cobb, the bill’s sponsor and a Republican representing the state’s fifth district, claims Apple and Google “hired almost every lobbyist in town” and named six specific lobbyists who, she says, caused Senate members who’d previously agreed to vote to waver. “We thought we had the votes before we went to the committee yesterday, and then we heard that the votes weren’t there and they weren’t going to take the time to put it up,” Cobb said of the Senate Commerce Committee’s decision to pull the bill.

That lines up with what Commerce Committee Chair J.D. Mesnard, a Republican who represents Arizona’s District 17, told The American Prospect on Friday of last week: he pulled the bill because he felt it would fail. “I polled the committee members and there just wasn’t enough support for it,” Mesnard said in an interview with the Prospect. “A number of members were conflicted on it, others were just opposed. There was some support for it, but it definitely was coming up short.”

Cobb says she doesn’t think anything illegal or nefarious occurred, just lobbying as usual — unlike outspoken Apple critic and Basecamp co-founder David Heinemeier Hansson, who publicly accused powerful corporations of making illicit deals, colluding with the chamber’s Democrats (some of whom opposed the bill) and Arizona Gov. Doug Ducey.

“The big show turned out to be a no show,” Hansson wrote on Twitter on Thursday of last week. “The bill was killed in mid-air while on the agenda with a backroom deal. Apple has hired the governor’s former chief of staff, and word is that he brokered a deal to prevent this from even being heard.” Although The Verge has heard a similar allegation from multiple sources with knowledge of the situation, no one, save Hansson, felt comfortable offering an explanation on the record.

The seeming death of HB2005 and the confusion and mystery surrounding it underscore both the immense power of tech titans like Apple and Google and also the rough legislative road ahead for similar bills in Illinois, Massachusetts, Rhode Island, and other states around the country. The clear takeaway is that although these bills are the result of successful lobbying efforts from the CAF and its partners, the Silicon Valley lobbying that has arisen to counter these bills has proven just as savvy.

“There’s a legitimate issue here. It’s undeniable [Apple and Google] have gatekeeper power and hold sway over the app stores, and there’s just nowhere else to go. You have to go through one of these companies to get your app before consumers,” says Pat Garofalo, the director of state and local policy at the nonprofit American Economic Liberties Project, which has voiced support for the bills. “It makes perfect sense there are lots of forces — whether they be small, medium, or large — arrayed on both sides of this.”

Cobb admits she took up the cause after being approached by the CAF and that having other big tech companies as the opposition didn’t help because it added extreme pressure to the impending vote and caused a number of congressional members on both sides to express doubt and confusion about the bill.

“I realized once you start taking on Apple and Google this way you’re going to be hit pretty hard,” Cobb said. She said she had multiple meetings with Apple, including with longtime Apple veteran Tim Powderly, the director of federal government affairs at the company. She says the conversations were cordial, but that Apple was very intent on finding a compromise.

RegardlessRegardless of why the bill was pulled, the outcome is the same: Arizona HB2005 won’t be changing how Apple and Google operate their mobile app stores because its chances of ever becoming law are slim to none. “Unless it is brought as a striker, it will need to be re introduced next year,” Cobb told The Verge in a follow-up email on Monday.

A striker, formally known as a “strike everything amendment,” is a controversial legislative maneuver that aims to replace the entire text of a bill in an attempt to reopen debate on it and push it forward without having to abide by standard deadlines. Cobb said such a move is unlikely at this point because strikers “often get negative publicity and they’re not always successful,” she said.

While Cobb says she isn’t intimidated by Apple or Google, she also tells The Verge she’s not likely to keep pushing unless she thinks she’ll succeed. “I’m trying to decide how much political capital I want to put into this.” Failing that, Arizona’s Congress will meet again the following January — but the state’s attempt at regulating Apple and Google’s app stores is effectively over for now.

The CAF says it will continue the fight, even though it’s now seen two legislative defeats in its app store lobbying efforts, the first a more aggressive bill that failed to garner enough votes in the North Dakota House last month. “The legislative session is not over. We will continue to push for solutions that will increase choice, support app developers and small businesses and put a stop to monopolistic practices,” said Meghan DiMuzio, the CAF’s executive director, in a statement to The Verge last week.

Garofalo of the American Economic Liberties Project thinks it’s likely one of these state bills will succeed at one point, especially in the absence of meaningful federal regulation or antitrust enforcement.

“This idea is out there, now this is sort of in the zeitgeist,” he said. “I do think a state will do this, and there are really good reasons for a state to do it.” All it will take, he adds, is a group of lawmakers that “hears the right arguments, gets the upside, and decides to do it.” At that point, the primary thing standing in the way will be the lobbying efforts of tech companies that stand to benefit when these bills fail.

Previous ArticleThe Morning After : SpaceX lost another Starship prototypeNext ArticleSpotify Mixes Are New Personalized Playlists Based on Your Favourite Artists and Genres