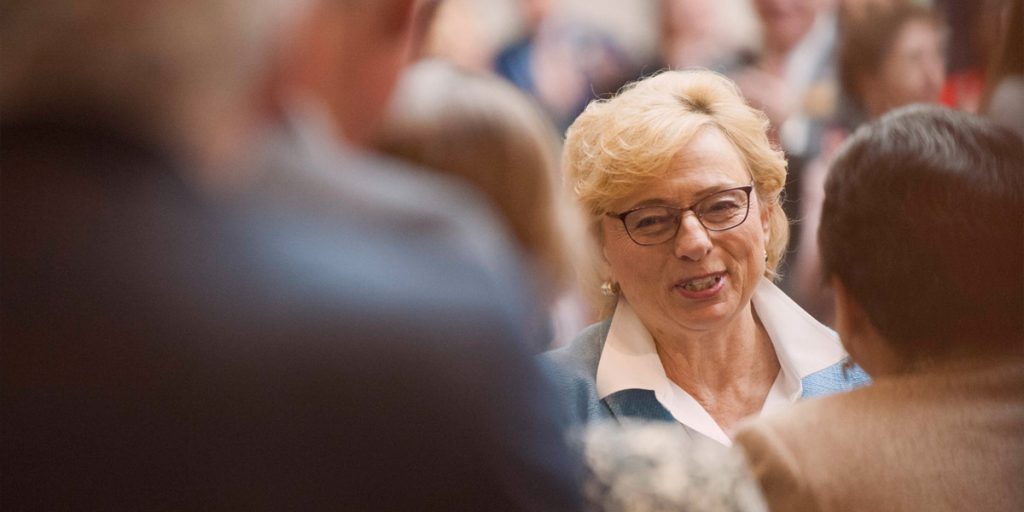 Infrastructure spending, business aid and items aimed at spurring long-term economic growth were the main focuses of a plan released by Gov. Janet Mills on Tuesday to spend $1.1 billion in federal coronavirus aid.

The so-called Maine Jobs & Recovery Plan is the first of three key spending proposals expected this spring from the Democratic governor as state budget projections that were initially dismal in the early part of the pandemic have turned rosy, mostly due to a raft of federal aid including enhanced unemployment payments and forgivable small business loans.

Mills’ roadmap, which requires legislative approval, includes more than a half-billion dollars for infrastructure including a previously floated $150 million injection into the state’s broadband agency, plus another $260 million for short-term aid to businesses. It also hits on common themes during her administration so far, hewing partially to a 10-year economic plan released in 2019 that set goals of growing the workforce by 75,000 and raising wages by 10 percent.

“Now, we can offer the people of Maine the promise of prosperity for the next generation, greater goals, aspirations, and opportunities, and something even greater than that, we offer them hope,” the governor said at a news conference at GO Lab, Inc. in Madison.

More than $6 billion in aid is estimated to be coming to Maine in the $1.9 trillion American Rescue Plan passed by Congress in March, from direct aid for states and local governments to major tax changes, more unemployment funds, broadband aid and business grants. The $1.1 billion portion that is the subject of this proposal was left to the governors and Legislature.

Among the other big-ticket items in Mills’ plan are $105 million in upgrades for higher education facilities, $100 million for affordable housing and energy efficiency upgrades in homes, $80 million for research and development and public-private partnership aimed at economic growth and $50 million each to bolster state parks and the state’s road and bridge maintenance plan.

It also includes numerous smaller programs that were first announced on Tuesday, including $20 million for childcare and $8 million each for a “Remote Worker Welcome” program aimed at spurring telework growth and an online licensing system aimed at streamlining environmental permitting and other state licensing processes. Another $20 million alone is earmarked for administering and deploying the massive sum of money. Many of those items could replace bond proposals currently working their way through the Legislature.

Mills previewed an aggressive public-relations effort to sell the plan over the next few weeks, saying she would travel the state to outline it in greater detail. In the Legislature, the race is already on to use the new pots of newfound money. She said she is speaking with Republicans and Democrats to figure out which pieces of the legislation will require lawmakers’ approval and what parts can be used immediately. Mills indicated a sense of urgency around the proposal.

“We need this money in our economy, getting it in circulation now,” she said.

This stimulus money cannot be used to reduce taxes or pay down pension debt that plagues other states, but legislative Republicans here have already floated a tax-cut package after state budget projections were revised upward by more than $920 million over two years.

Majority Democrats circumvented Republicans to pass an $8.3 billion budget along party lines in March, but they are likely to need the minority party’s support on the federal aid package and two other items that Mills is expected to advance in the coming weeks — a change package to the earlier budget and a bonding package that will eventually go before the voters.

Guidelines for the new batch of stimulus money are expected from the U.S. Treasury on May 11, but many states have begun debating how to use the money. In Vermont, the General Assembly approved some spending in March despite Republican Gov. Phil Scott’s concerns about federal guidelines. He introduced his own proposal in early April.