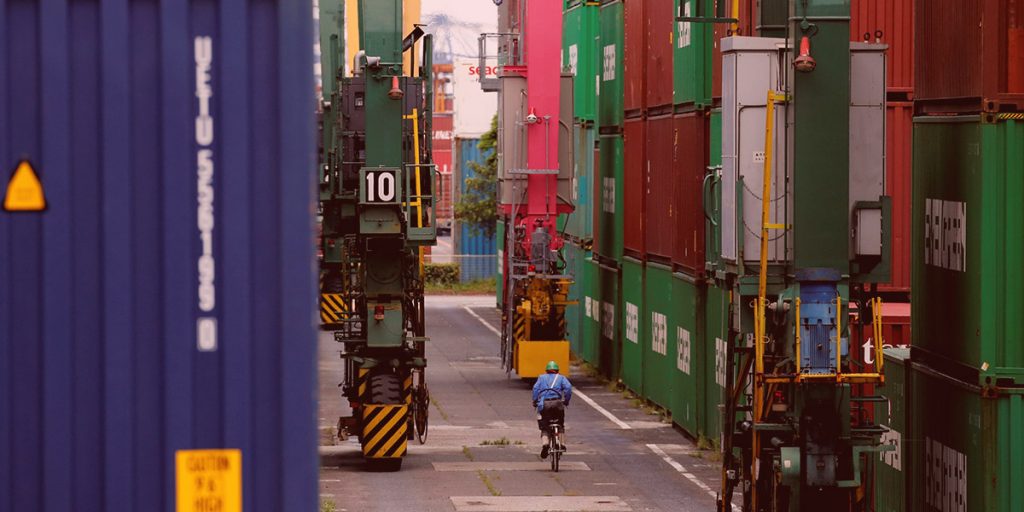 Japan’s exports likely soared in June thanks to robust global demand for machinery and technology-related goods and as shipments rebounded sharply from last year’s pandemic-induced slump, a Reuters poll showed on Friday.

Exports jumped 46.2% in June from a year earlier, the fourth straight month of double-digit gains, with the annual export growth rate largely skewed by a COVID-driven plunge in June 2020. Export growth has remained strong even as a global chip shortage has weighed on Japan’s car output and shipments.

With consumer spending weakening due to a renewed state of coronavirus emergency curbs in Tokyo, policymakers are counting on external demand to pick up the slack in the world’s third largest economy.

Japan’s economy shrank an annualised 3.9% in January-March and likely barely grew in the second quarter, as the pandemic took a toll on service spending.

Core consumer inflation likely picked up just a tad in June, according to the Reuters poll, underscoring the challenge the Bank of Japan (BOJ) faces as it tries to meet its elusive 2% inflation target.

Investors will keep a close eye on the release of trade data on July 20 at 2350 GMT and consumer prices on July 19 at 2330 GMT after the BOJ stuck to its massive monetary stimulus on Friday.

The core consumer price index (CPI), which includes oil products but excludes volatile fresh food prices, is expected to have risen 0.2% in June from a year earlier, after a 0.1% increase in May, the Reuters poll showed.

The BOJ maintained its massive monetary stimulus at its policy review that ended on Friday, keeping its policy interest rate at minus 0.1% and the 10-year Japanese government bond yield target at around 0%.