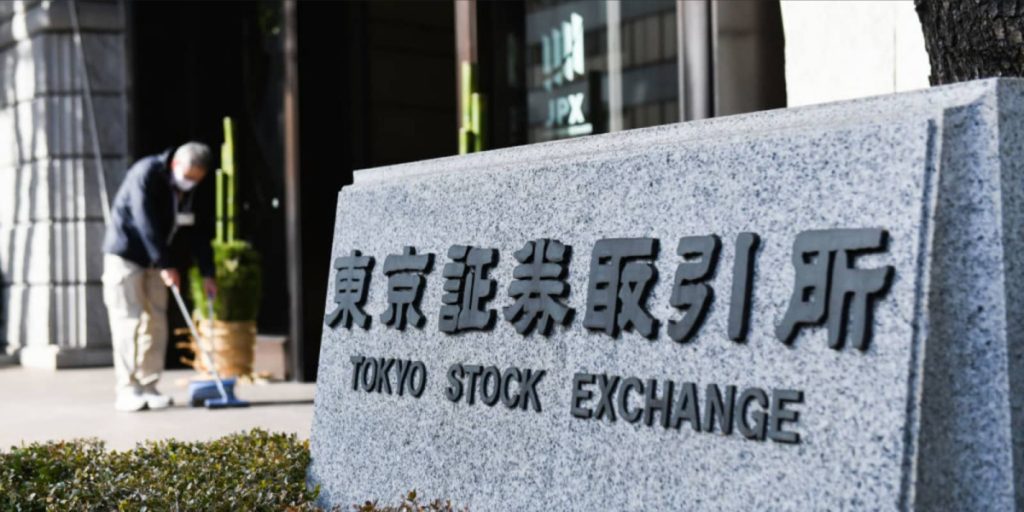 Hong Kong’s Hang Seng index declined 1.81% before paring some of those losses. Mainland Chinese stocks slipped as the Shanghai composite shed 0.98% and the Shenzhen component dipped 0.95%.

Investors watched the 10-year Treasury yield, which crossed the 1.5% mark on Monday and has continued rising and was last sitting at 1.553%. Yields move inversely to prices.

The rising yields hit tech stocks overnight on Wall Street, with the Nasdaq Composite falling 2.83% to 14,546.68 for its worst day since March. Tech stocks are hit in an environment of rising yields as the rise in rates makes their future cash flows less valuable, and in turn, makes the popular stocks appear overvalued.

The U.S. dollar index, which tracks the greenback against a basket of its peers, was at 93.749 following its recent climb from below 93.6.

The Japanese yen traded at 111.56 per dollar, weaker than levels below 111.2 seen against the greenback earlier this week. The Australian dollar was at $0.7234 after yesterday’s drop from above $0.729.