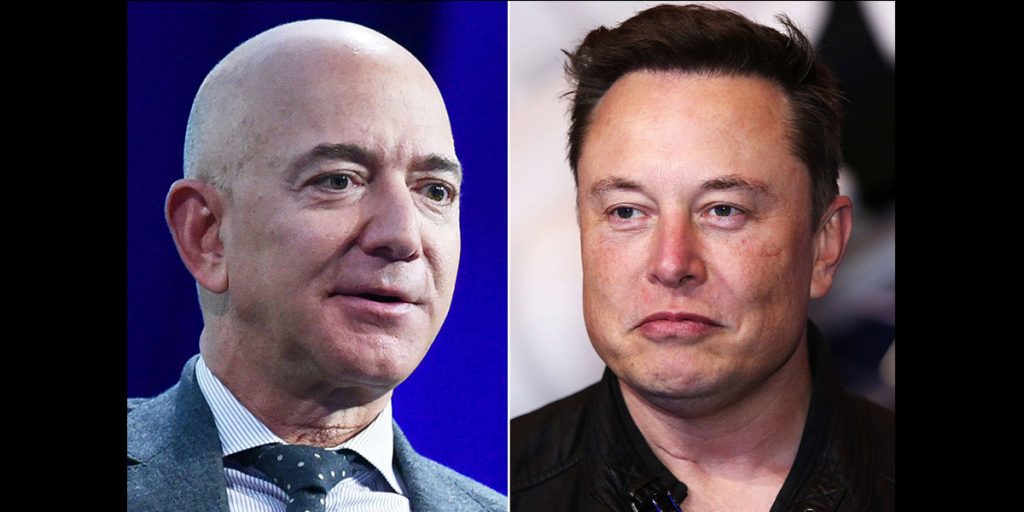 Amazon boss Jeff Bezos and Tesla founder Elon Musk are supposed to be locked in a bitter battle to establish the first commercial space-travel company.

But Bezos seems to be rooting for his supposed opponent.

Musk’s Space X company launched a historic all-civilian flight on Wednesday night, marking the first time that people have traveled to space without a professional astronaut on board.

But rather than brooding over his rival beating him to the milestone, Bezos, 57, tweeted, “Congratulations to @ElonMusk and the @SpaceX team on their successful Inspiration4 launch last night. Another step towards a future where space is accessible to all of us.”

And Bezos is not a guy who tweets lightly. The last time he posted was February 2020, when he posted a picture of himself “discussing climate, sustainability, and preserving the natural world” with French president Emanuel Macron.

The mood has been a little less magnanimous offline, where Bezo’s Blue Origin space project sued NASA for giving Space X a contract and filed a complaint against Musk’s outfit with the Federal Communications Commission.

Bezos and Blue Origin also celebrated a giant leap in July, when the mogul traveled to space in the company’s first passenger rocket.

Meanwhile, before his launch, Musk was setting fashion week alight.