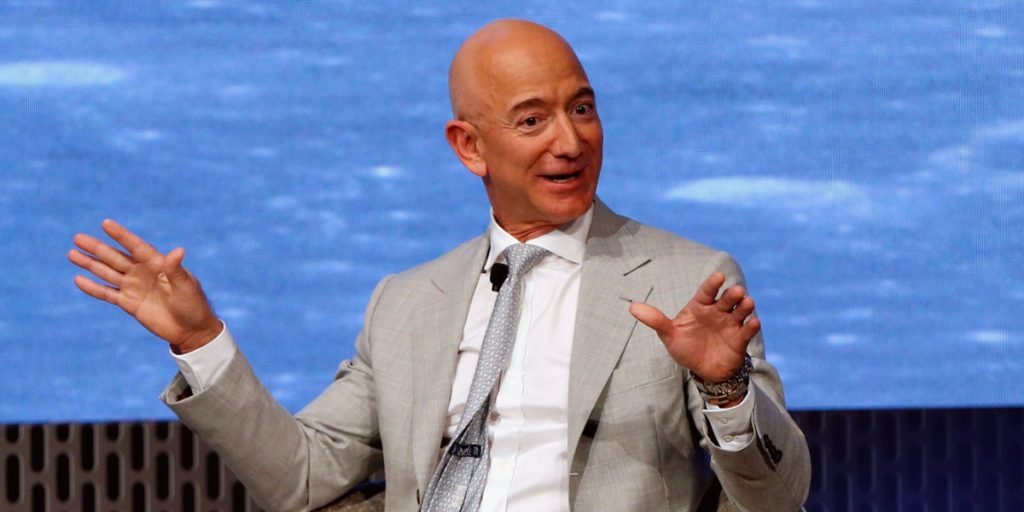 It’s not exactly the type of vessel that would putter around near the shores of Amazon’s South Lake Union campus in Seattle, but Jeff Bezos is reportedly looking to set sail with a boat of his own.

But at Bezos’ level of wealth, boats are actually called “superyachts,” and the Amazon founder and CEO is building a doozy.

Bloomberg reported last week that Bezos is the man behind a secret project referred to as Y721, a 417-foot-long, triple-masted craft that could cost upwards of $500 million. The report said the superyacht is set to move to a shipyard for completion next month by Netherlands-based builder Oceanco.

The Evening Standard, which says details are being kept under tight wraps, said Bezos’ yacht could be modeled after Oceanco’s Black Pearl — “one of the largest and most ecological sailing yachts in the world,” according to the company’s website. The site says that yacht’s 2,877 square meters of sails can be set in just seven minutes and it can reach top sailing speeds of 30 knots.

“She can cross the Atlantic without burning even a liter of fossil fuel,” Oceanco boasts.

Bloomberg, and journalist Brad Stone, who has a new book on Bezos coming called “Amazon Unbound,” said the move into the world of luxury yacht ownership heralds Bezos’ “transformation from geeky technologist to globe-trotting megabillionaire.”

Bloomberg reported that the market for superyachts has thrived as a direct result of the pandemic — “a stark embodiment of the widening chasm between the fortunes of the super-rich and almost everyone else over the past 14 months.”

Bezos announced in February that he would be stepping down as CEO of Amazon in the third quarter of this year, when he’ll be replaced by AWS chief Andy Jassy.

Bezos recently sold more than $2.4 billion in Amazon stock. He is the world’s richest person, currently with a net worth of $192 billion, according to Bloomberg.